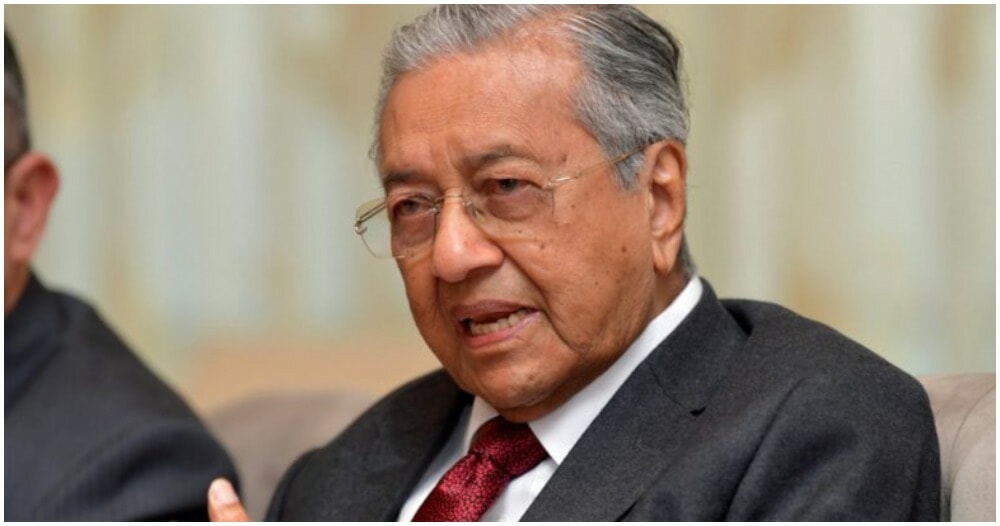 When news broke out about the Sheraton hotel meeting, most Malaysians were confused as to what was going on with the political climate at that time.

Shortly after that, Tun M resigned as the 7th prime minister of Malaysia and everyone was shocked as we had no idea what would become of the country. Till now, some of us are still confused as to why he resigned. So Tun M has taken to his personal blog and his Twitter account to share his thought process at that moment.

“Today we have a Government with the slimmest majority – just 2.”

“How did this happen?”

Tun M explains that it started when Najib knew that the moment he lost GE14, he would be jailed for the crimes he committed. So, immediately he (Najib) proposed to PAS to set up a Malay Muslim Government but they did not have enough to form a Government. He needed more Malay support. To get that, he claimed that the PH Government was dominated by DAP and DAP would destroy the Malays.

Tun M continues and says that to oust DAP, the PH government must be overthrown. So Bersatu had to leave PH and it should then join UMNO and PAS to form a new Government. Hamzah Zainuddin worked to get UMNO members to support me, as I (Tun M) was to be the Prime Minister in this new coalition. He got even Najib to sign.

“I opposed this move. But Muhyiddin supported the idea. Majority in Bersatu supported Muhyiddin.”

He also said: “Strictly speaking, when Bersatu left PH, the PH ceased to be the Government. This meant that all members of the cabinet lost their ministerial positions. This included me. ”

“I had lost my position as Prime Minister. Resigning was only a formality.”

“I refused to be PM of the UMNO/PAS/Bersatu Government because it meant I would be working with UMNO and Najib, the people I had condemned and defeated in the 14th GE. I would actually be resuscitating UMNO and make it a part of the Government. I would be betraying the people who supported me in the election. I would also be reneging on my promises to the other parties in the PH coalition. I just could not accept the suggestion that I should be the Prime Minister of this unholy coalition. But as Muhyiddin was willing, I broke away from his group.”

He ends his statement by saying this:

“Today I have been stripped of my membership of Bersatu and its Chairman. I have gone to court to dispute the validity of my dismissal.”