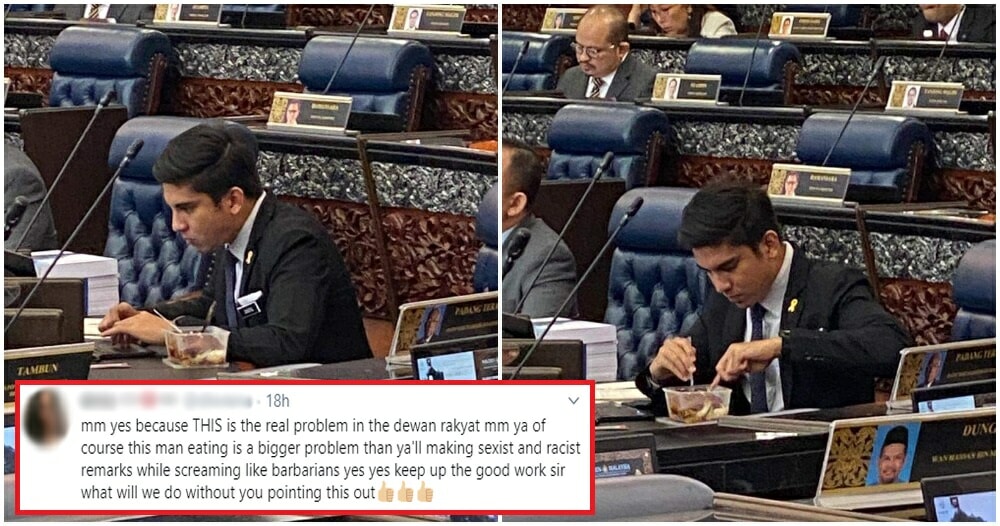 The Parliament session has been in full swing in the last few days and netizens have had a field day making fun of our politicians. One politician that doesn’t seem to have been having a good time, however, is Internet’s bae Syed Saddiq.

On 14th July, we saw that he was being interrupted by other MP’s whenever he tried to present his thoughts. Not content, some Internet users have decided to attack him again, this time for just having his lunch! 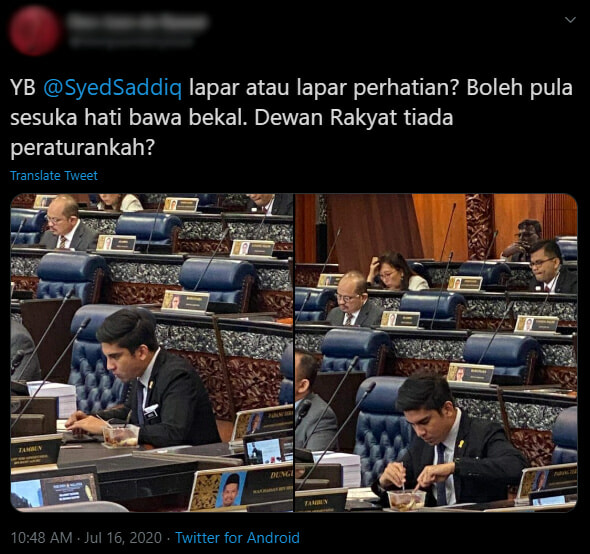 “Is YB Syed Saddiq hungry for food or attention? How can he just simply just bring food into the Parliament? Doesn’t the Dewan Rakyat have any rules?”

Netizens on Twitter immediately came to Syed Saddiq’s defence claiming that him having his lunch isn’t the biggest issue happening in the country right now. 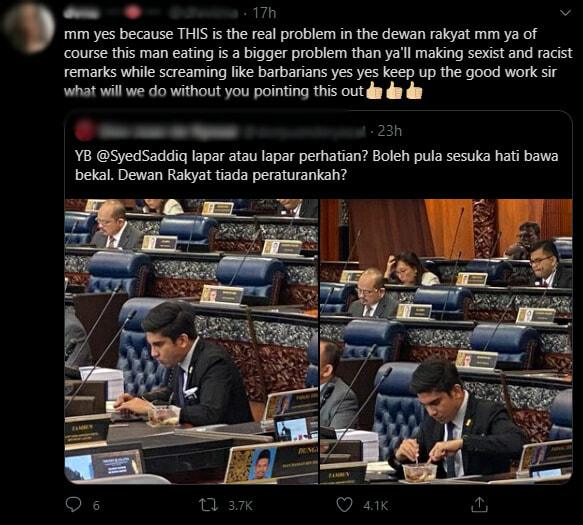 Another netizen pointed out that the former Minister has been busy between assisting flood victims in Muar, PDRM investigations and attending the Parliament. 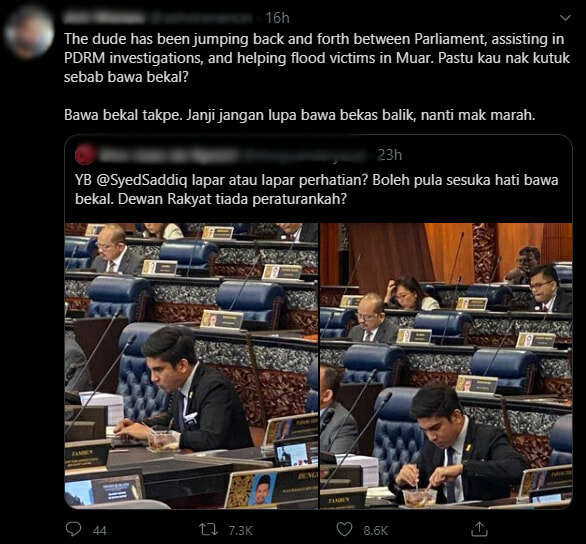 “The dude has been jumping back and forth between Parliament, assisting in PDRM investigations, and helping flood victims in Muar. Then, you want to insult him just for bringing food? It’s okay to bring your own food, just don’t forget to bring your container back to avoid getting an earful from your mother.”

One netizen even pointed out that there are no clear rules which state that eating is not allowed in the Parliament. You can check out the rules here and on page 57 and 58, while it does explain dress codes and how each speaker should be well mannered, it never explicitly says “NO EATING”.

Another Twitter mentioned that bringing his own food, Syed Saddiq is also maintaining social distancing amidst the Covid-19 pandemic.

“At least he’s minimising his movements in crowded spaces. What if he goes out to eat and there’s a risk of infection out there and he unknowingly brings it inside the Parliaments. There’s also the possibility that the rules are a little relaxed due to the pandemic.

Even the positions in the Parliament have changed due to the pandemic. I think if not he wouldn’t be allowed to bring his own food into the place. Based on my personal experience, the police does a thorough checking and a lot of items aren’t allowed inside.”

We’ve saved the best for last, this netizen definitely had the last laugh! 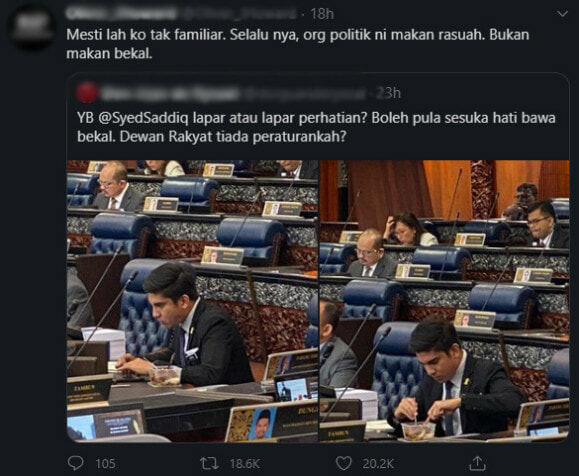 “Of course you’re not familiar. Usually, politicians just ‘eat’ bribe, not their food.”

What do you think? Was Syed Saddiq being disrespectful by having his lunch in the Parliament? Let us know in the comments section!