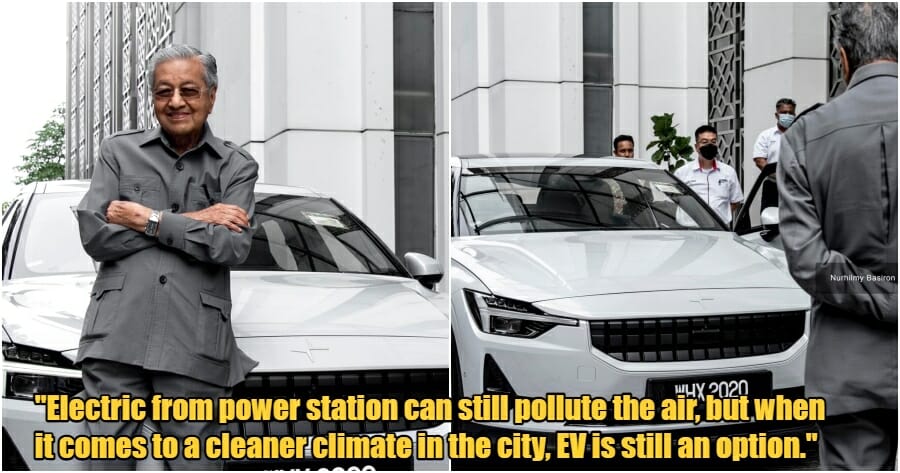 Yesterday morning (December 9), Tun Dr. Mahathir was presented with “Polestar 2” – an Electric Vehicle (EV) which was done by Geely, an automotive company that is also the joint venture partner of Proton.

Tun M, without any doubt, was amused by Polestar 2, and he came up with a hopeful suggestion as revealed in his Facebook post.

“I hope that Proton will make projects like this, so that they can come up with their own EVs in the future.” 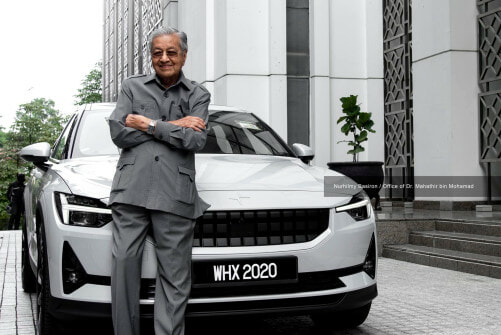 EV for the future

The former Prime Minister then highlighted that many countries give EV buyers incentives, and he hopes that EVs will become the main options as they help to decrease pollution.

“The electricity that comes from the power station also pollutes the air. EVs have yet to reach the level of air pollution-free.” 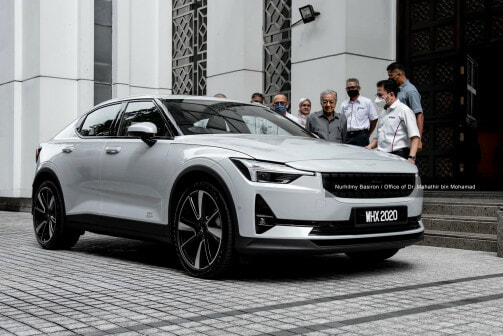 He then said that in the end, we may have to use hydrogen cars, when there are other problems that need to be tested and solved. But when it comes to cleaning the climate in the city, Tun M believes that an EV is still an option.

Back to Polestar 2, Tun M said that the vehicle can move 400km with a single charge. As for recharging, it only takes less than 2 hours to get 100% full supply, and if charged with electricity at home, it takes about 7 hours. 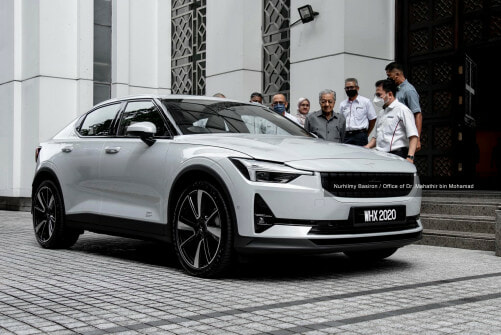 “But now, there are more than 1,000 charging stations in the country, so it shouldn’t be a problem to charge your EV anywhere,” he added.

“This car does not have a large engine compartment, instead it is used as a storage area. The interior design features are also neat and futuristic, where all controls and settings can be made with the touch of a ‘tablet’.”

If you notice, most of the shopping malls and gas stations in Malaysia already have a few designated parking spots for EVs. If you’re one of the EV drivers, what do you think of the vehicle? Fellow Malaysians, do you think Proton will be able to come up with its own EV someday?

Also read: “Jialat!”- Speeding Driver Shocks M’sians After Avoiding Cars on Both Lanes By Driving on The Curb 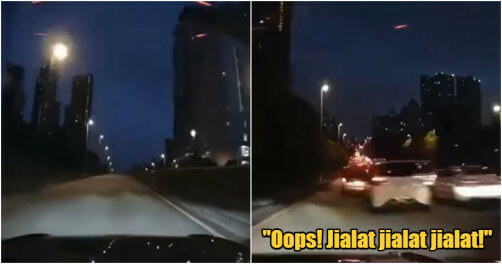