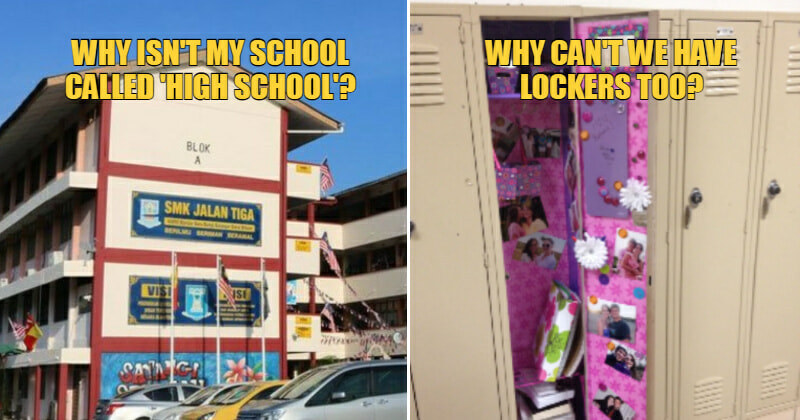 Watching TV shows during our pastime is something that is enjoyed universally and it is also a big part of everyone’s childhood. In fact, for some of us, the shows that we watched have even helped in shaping the person we are today. But if you grew up watching American TV shows, then we’re sure there are a few things you’ve always wondered about, especially concerning their teenage and school cultures.

Need any reminding? Read on to find out some of the things that every Malaysian would confirm be curious about when watching American TV shows! 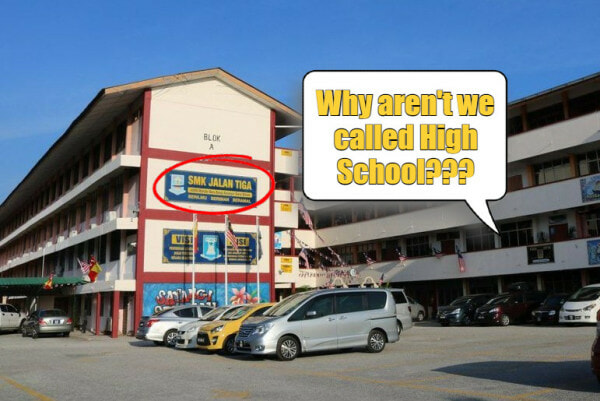 This is definitely one of the more bizarre things we were led to believe when watching American TV shows. The very concept of food fights is super weird to us. Why would you want to waste perfectly good food? Do they not get in trouble afterwards? How do they resume classes when they’re drenched in food? Imagine having nasi lemak sambal thrown at your face!

Well, the truth is, it actually rarely ever happens in real-life situations. Do you feel deceived now?

3. I’m so glad my school doesn’t have detention! 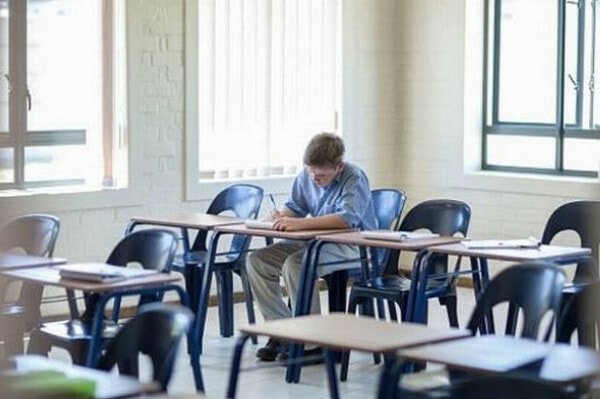 On TV shows, whenever a student gets in trouble, they’d end up having to serve time in detention which honestly just looks like hours of doing nothing. While we’re definitely glad that we don’t have this in Malaysia, we can’t help but wonder what’s the point of it? Instead of detention, Malaysian schools employ a different kind of punishment system: guru disiplin and their trusty rotans.

4. I wish my school would have lockers too 🙁 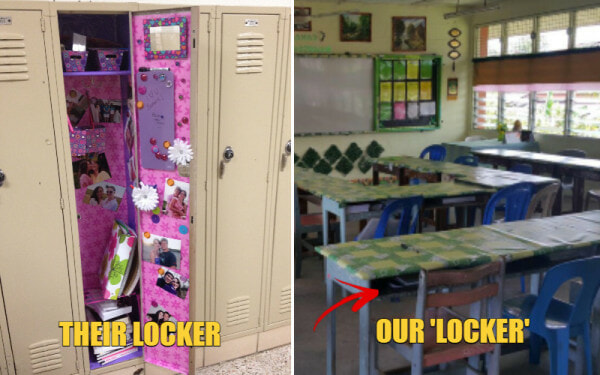 Just imagine how much lighter our bags would be!

Not only is this super practical, but we also wanted it so that we could decorate it nicely like how they do it on TV. Of course, we wouldn’t want any of the bullied-kid-gets-shoved-into-the-locker situation to ever occur, though.

Instead, most of us just resort to shoving our textbooks inside our designated desks. LOL, close enough?

5. I want to be a cheerleader/jock so bad because they’re always the cool ones!

One of the core elements of American schools in TV shows is that the ‘popular kids’ culture is super influential. And of course, the most popular kids in school would belong to the cheerleaders and jocks group. But we would sometimes wonder if the real-life cheerleaders would only ever wear their uniforms when they’re at school? Do they not also wear normal clothes like the other students? 🤔

6. Prom is where they’ll find their soulmate and have the most epic kiss EVERY. SINGLE. TIME. The highlight of almost every American teenage show is always prom night. But what we’re most jealous of is how much fun their prom nights look! It also happens to be the place where they will find their one true love and have the most epic kiss at the end of the night.

Meanwhile, in Malaysia, you’d be extremely lucky if your school even had a prom. The rest of us just make do with having a jamuan akhir tahun. 😭

7. Are the students always so well-dressed? Must be nice not to have uniforms! 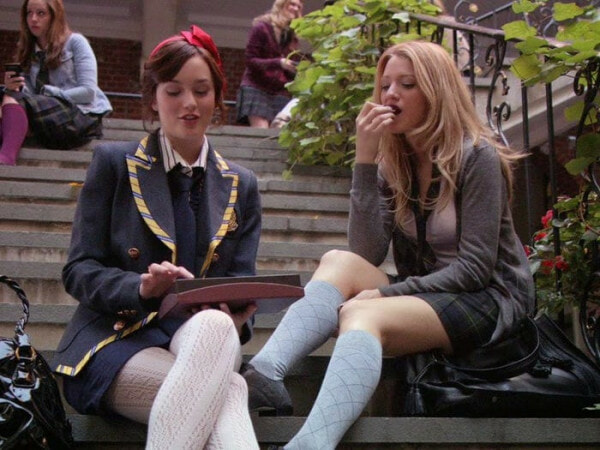 Imagine having a school uniform that looks this cute!

Unlike the universe depicted on TV, American schools do have dress codes to ensure everyone is dressed appropriately. However, the stylishness of the students is definitely way exaggerated on TV. Especially with shows like Gossip Girl where the students constantly look like they’re heading to a fashion show. We’re not jealous, you are.

Nevertheless, we can’t help but fantasise about how fun it would be if Malaysian schools didn’t have any uniforms! It’s just one of the many things that we used to long for as we watched these shows. Speaking of Gossip Girl and its fashionable cast, are you aware that they are actually coming back on screen?

Yes, that’s right! The Gossip Girl reboot has returned and it’s featuring an all new cast! 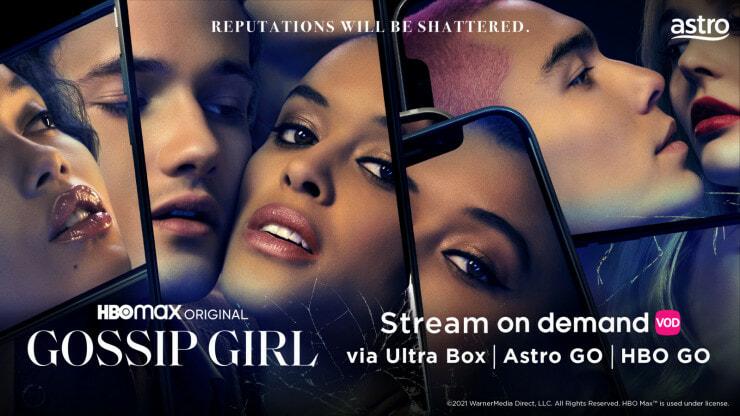 Taking place a decade after the original series, this new reboot is considered a sequel but it will feature fresh new faces. However, the new series has been garnering the interest of both old and new fans since it will be featuring a more diverse cast and a wider variety of issues and topics. Though the old cast sadly won’t be returning, fans are super excited to find out that the original narrator, Kristen Bell, is reprising her iconic role.

Want to know the best part? The series has already premiered in Malaysia via On Demand on 8th July. It even premiered the same day as the US!

The series will be dropping a new episode every Thursday exclusively On Demand via Astro Ultra Box, Astro GO and HBO GO.

So if you want to check out the new Gossip Girl, make sure you’re subscribed to Astro movie pack for easy access to this show (and many other awesome shows like it) via On Demand. BRB, we’re gonna go check out the new episode now! 😋🍿

For more info on the show, head over to Astro’s website here. You can also keep up with the arrival of all the latest and hottest shows by following them on Instagram and Facebook.

What other things do you remember from watching American TV shows? Let us know below. XOXO! 😜