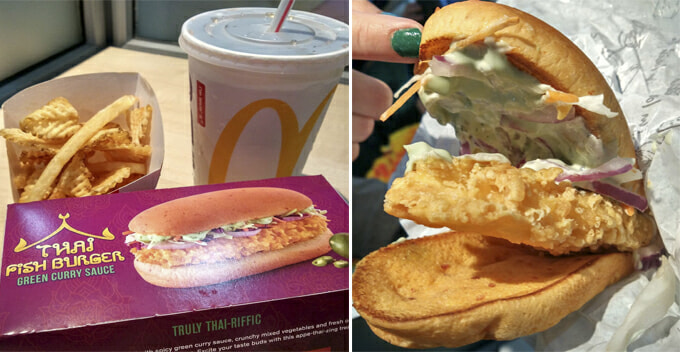 Since last week, McDonald’s has been dropping hints that a new product is coming soon thanks to an ad of two guys making Thai-rrible (terrible) puns in the restaurant. You guys have seen this ad on Facebook right? 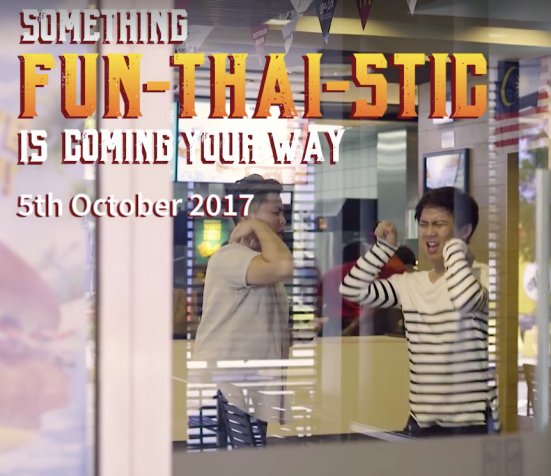 Well, today is the d-day and the much-awaited product has been revealed! It’s none other than the Thai Fish Burger with green curry sauce! 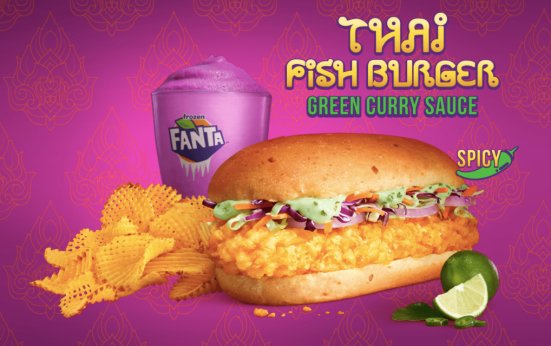 Although we just had lunch, we Thai-thai (die die) wanna Thai (try) it because of how good it looks. So we ended up tapao-ing one regular set of Thai Fish Burger and gave it a go. 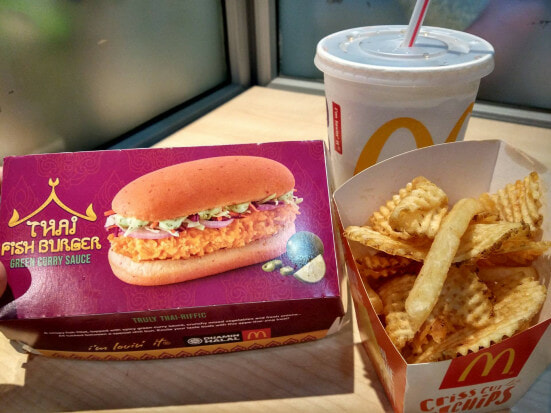 On the box, the burger is described as,

So, does the product live up to its description? Here’s our verdict. This is not a paid review by the way.

The three things that caught our attention from the first bite are: 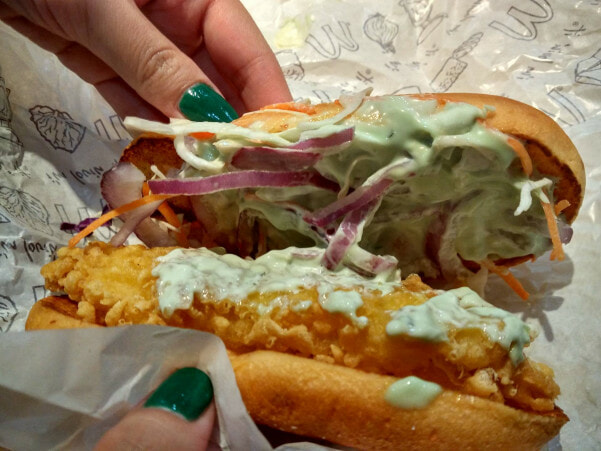 The sauce does have a relatively strong taste of lemongrass, which is what you’d get from traditional Thai green curry, and it’s spicy! In fact, it packs the same kick that you’d get from the Spicy Korean Burger, or maybe just a little bit more.

The spiciness kicked in immediately at first bite, and from there, it slowly increased with each subsequent bite – not that it’s a bad thing. But if you eat cili padi for fun, then this might be kacang for you. 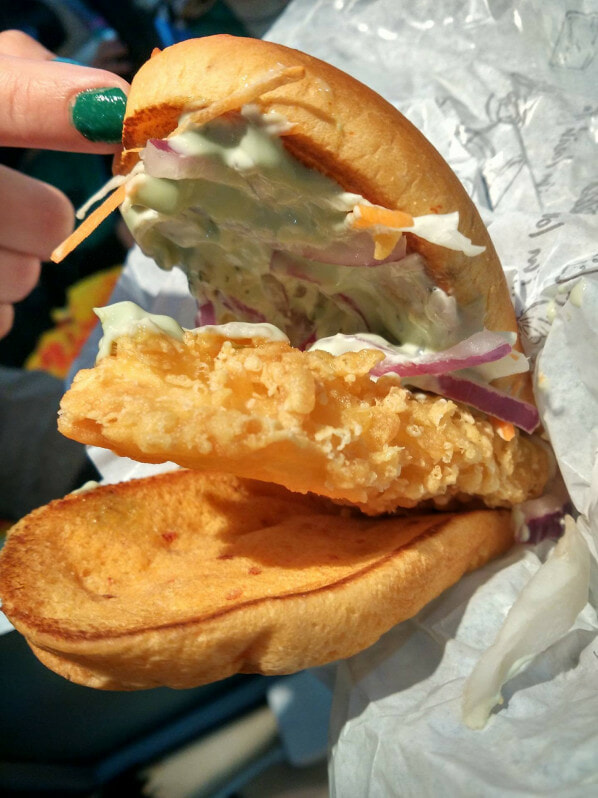 The fillet is thick and moist on the inside, thus delivering that satisfaction with each bite. Also, the fishy taste is not as strong as compared to the Fillet-O-Fish, maybe due to the fragrant green curry sauce.

The spiced bun really works well with the fresh raw onions and green curry sauce. So, even if for some reason you’ve finished up the mixed vegetables and fish fillet, the buns are still good on their own. Don’t throw away yea!

Meanwhile, the waffle fries are also extra crispy, to the point where it tastes like potato chips since it doesn’t have a soft centre. The drink on the other hand, was supposed to be Fanta grape but for some weird reason, we were given the regular coke. Not that we’re complaining, McD’s coke always taste more refreshing and we already know what Fanta grape tastes like anyway.

So, the Thai Fish Burger is definitely not a glorified Fillet-O-Fish, and RM16 for a regular set is worth every penny in our opinion! Anyone wanna have McD again tomorrow?

Also read: 8-Year-Old Drives Younger Sister to McDonald’s After Learning How to Drive on YouTube 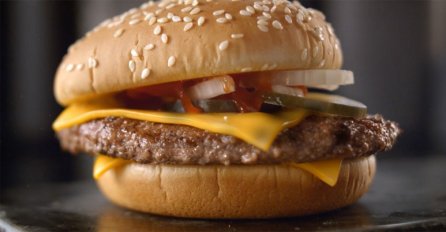