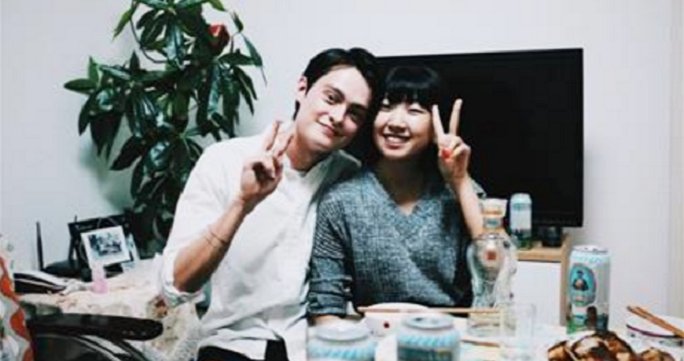 Celia stood in the corner of the room, removing her shoes and putting on her slippers.

We were about to meet her parents. She was anxious. So was I.

I had been starting to regret coming to the city of Harbin, in northeastern China. Fooling Celia’s parents into thinking I was her boyfriend suddenly didn’t seem like such a good idea.

You see, for about a week in February, I was her fake boyfriend.

Celia is in her late 20s, has a career and is unmarried. That sounds completely normal, doesn’t it?

But many Chinese do not see it that way. In their eyes, women should be wed by their late 20s.

Those who aren’t, like Celia, are branded “sheng nu” or “leftover women”.

And it isn’t only the older generation that thinks that way.

But what does this have to do with me?

Well, let me start by explaining that being a fake boyfriend isn’t my day job. I’m actually an events producer.

I knew Celia through a mutual friend. It was the two of them who came up with the idea of her renting a boyfriend in order to alleviate some of the pressure her parents were placing on her to marry.

For many Chinese, the New Year is the only opportunity they get to see their families. Bringing home a boyfriend or girlfriend at this time is pretty much like announcing your engagement.

In recent years, I’ve heard more about people renting boyfriends or girlfriends to please their parents and ease the pressure on them to marry. There used to be a section on Taobao, China’s largest e-commerce site, dedicated to renting boyfriends and girlfriends for the day, but it has since been closed. These days, everything goes through QQ, China’s equivalent of MSN Messenger or AOL, where the going rate is about 1,000 RMB (roughly RM650) per day.

It is still a rather niche market. I suspect most people think bringing home a fake partner to meet their parents sounds like the plot of a bad movie.

When Celia got cold feet about renting a stranger, I was asked to step in – she wanted someone she knew and who she felt could act the part.

I had nothing in particular planned for Chinese New Year, so I agreed. And before long, we were on a train, heading towards Harbin, which is famed for its Russian aesthetics and ice sculptures.

En route, Celia and I fleshed out the backstory of how we met, what her favourite colour is – black, I think – and my distaste for lobster – essential stuff. The plan was to deceive Celia’s parents into believing that she was doing well – in her career and her love life.

I was pretty calm until about 15 minutes before we were due to meet them. Celia, on the other hand, was anxious from the beginning. The initial excitement had worn off and she was starting to feel guilty about trying to deceive her family and her friends. Still, she was determined to go through with it.

We first met her friends, but they saw through our ruse within a minute or two.

Then there was her parents – lovely people who took less than five minutes to work out that something was amiss.

“He is too tall and too handsome for you,” her mother said. “You need a shorter and more plain man”. It seemed a bit harsh.

I think, perhaps, deep down, Celia wanted her parents to find out.

And even though our plan failed, nobody seemed very bothered by it.

So, why would somebody go through the trouble of finding a fake boyfriend to deceive their parents?

I think Celia wanted her parents to stop worrying about her; she wanted to make them happy and to give them some peace of mind.

The notion that women should marry young seems to be engrained in Chinese culture. I’m not sure how to tackle the stigma of “sheng nu”, but I think bringing attention to the issues these women face is a good start.

And it isn’t only women who are affected.

Chinese men also want to bring home a girlfriend. They might not face as much pressure to marry as women do, but every Chinese parent wants their child to settle down and have children.

A male friend in his mid-20s told me his mother insists that he begin saving to start a family, even though he has no interest in settling down now.

I jokingly called him a “leftover man”. He wasn’t too fond of the term, which is used almost exclusively for women.

The expectation is that marriage comes first for women and careers second, while for men, a successful career is a priority so that they can provide for their families.

But Celia just wants freedom: freedom from the expectations imposed on her by society, freedom from family pressure to marry and freedom to follow whichever path she chooses.