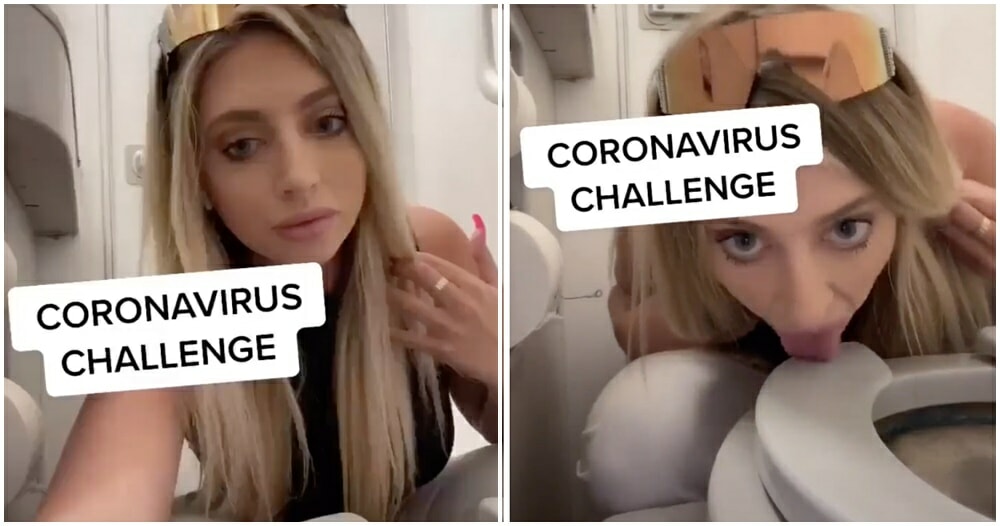 Of all the dumb things we’ve seen today, this definitely tops the list. If you’re wondering why so many countries have imposed a nationwide lockdown, it’s because of people like this who still think Covid 19 is merely a joke.

Tik tok user @avalouiise recently proved that the lack of common sense is more deadly than the viral outbreak itself when she uploaded a video of herself licking an airplane toilet seat with the caption, “coronavirus challenge” yesterday (15th March).

Y’all participating in the new Corona Challenge? This is on a plane btw… pic.twitter.com/w1XwVRZd87

Louise, who’s primarily based in America, gained international fame overnight for the stupid stunt that was re-shared on Twitter, amassing a whopping 4.4 million views. However, after committing the foul act, the social media user proceeded to reassure her audience that she was “totally fine” as viewers were “so concerned” that she might die from pulling such a dangerous stunt.

Her explanation for it was that the coronavirus was a respiratory infection which didn’t affect her because she can still “hit the shit out of this puff bar”. She added that she had “cloroxed” the toilet seat in her private airplane for 40 minutes straight so everyone should “chillleeeeee”. 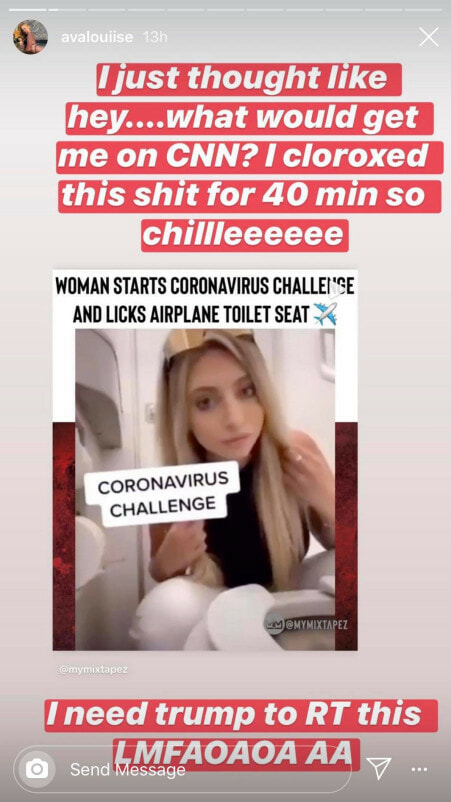 And of course, Louise loved soaking up all the attention. She said, the idea sparked from her urge to be noticed by CNN: “I just thought like hey…what would get me on CNN?” If you think she regretted her actions, think again. In fact, the Tik Tok user even boasted about how her disgusting act actually made her money: “I love breaking the internet. I just made $4000 lmfao”.

As of right now, the viral clip has been removed off Tik Tok and one of Louise’s friends has come forward to say that she’s been put on a “no fly” list for her video. 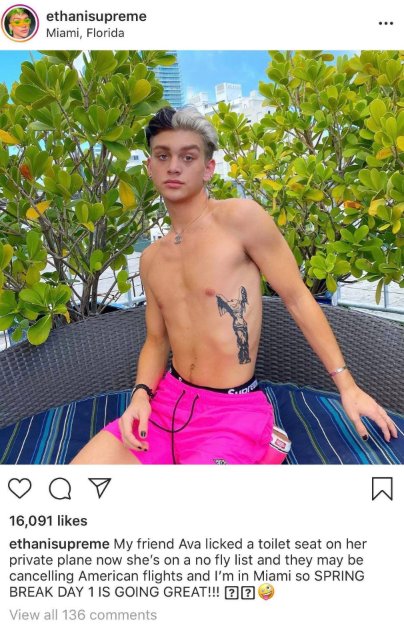 What’s frightening about this stupidity is that it may as well be just as infectious to a fame-hungry crowd of social media users. Another user has already posted a video of himself licking a door knob with the same hashtag: #CoronaVirusChallenge

Don’t try this at home, guys. It may seem funny but every precaution needs to be taken right now given the severity of this viral outbreak. What do you guys think of this?

Also read: 36yo Man Hoards 17,700 Bottles of Sanitiser, Gets Suspended By Amazon & Ebay 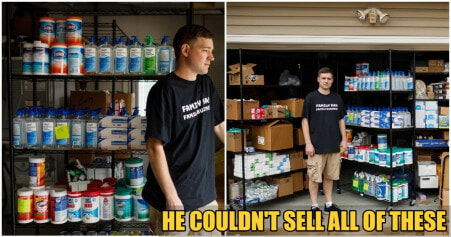