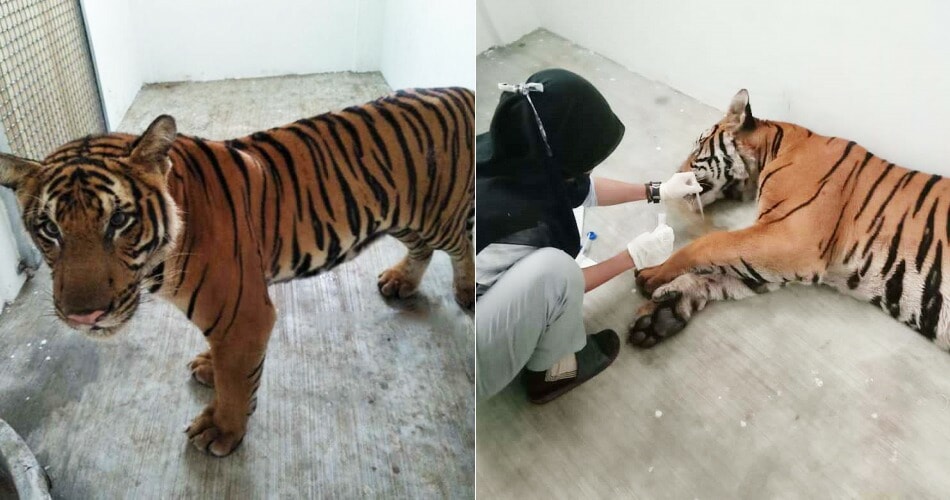 Earlier last week, two Malayan tigers randomly wandered into a village in Dungun, Terengganu. While people were petrified over the news as these were predator animals, we were later amused when we learnt that the tigers didn’t harm any villagers. In fact, videos from the incident even showed an uncle shooing one away with stick!

However, today (23rd July 2019), one of the Malayan tigers which roamed the village reportedly died, according to the Department of Wildlife and National Parks (Perhilitan).

The five-year-old tiger nicknamed “Awang Besol” passed away about 5.30 am today at the National Wildlife Rescue, reported The Star.

Perhilitan elaborated that when they found the tiger, it had injuries on its legs and its eyes were inflamed. To make matters even worse, the tiger was also dehydrated. 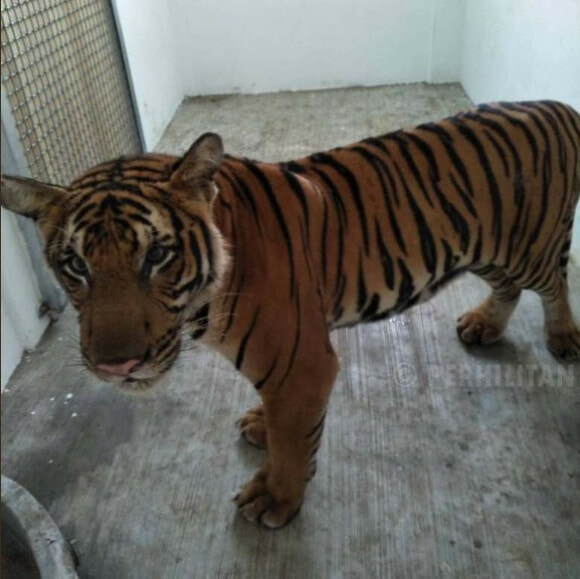 Perhilitan further wrote in its statement that the tiger was infected with Canine Distemper Disorder – which makes it tame. This virus usually infects dogs and sometimes wildlife animals like tigers.

They mentioned that the tiger showed “clinical neurological signs of non-aggressiveness” and these signs are mentioned below: 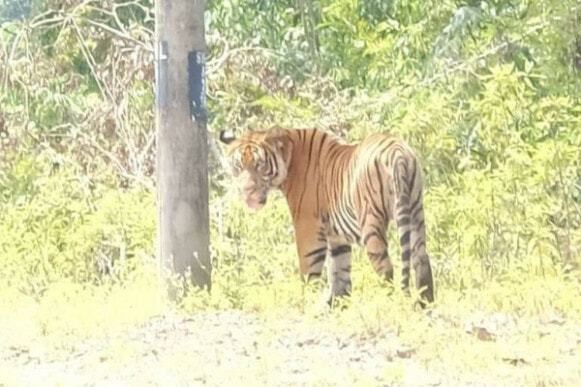 “If the disease infects a tiger, it will display (the) behaviour of not being afraid of humans and the possibility of healing is very small.”

Having said that, Perhilitan doesn’t deny that the virus may have spread through other wild animals within the vicinity of Kampung Besul Lama, Dungun.

If you didn’t know, the tiger was captured at around 3.30 pm on 19th July 2019 after it was shot with a tranquilliser dart. Then, the animal, which weighs nearly 130kg, was brought to their sanctuary for treatment. 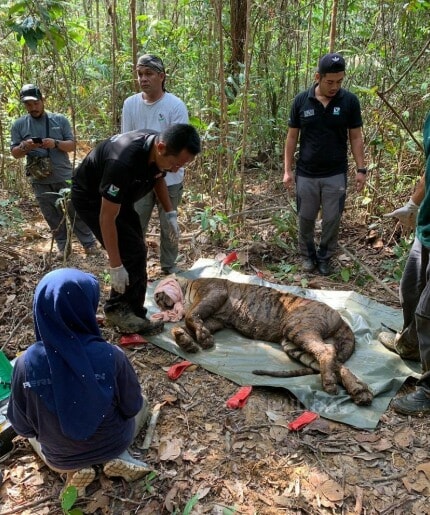 On the other hand, Perhilitan shared that tiger traps were set up in order to ensure the villagers’ safety so that they aren’t harmed by tigers.

On that note, they also requested the public to ring them up at 1-800-88-5151 if they encounter any other tigers within the area. Take note, guys!

Well, we are sad that the Malayan Tiger couldn’t survive as it was sickly, but we do hope that we will learn to preserve our wildlife better in the future. 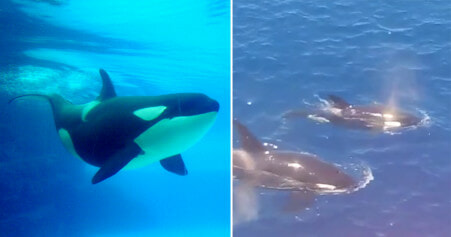