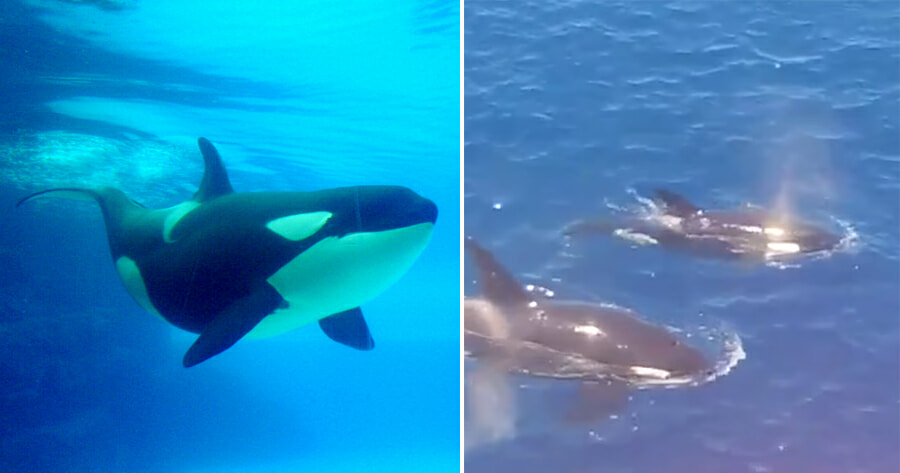 Malaysia is known to be home to all kinds of animals, whether they fly high in the sky, make homes deep in the ground or find refuge in trees. On the other hand, there are also many species that are not found here due to the country having a different climate than others and many other reasons, but that’s okay.

With that being said, for the first time ever in the history of Peninsular Malaysia, two Orca Whales (some call them Killer Whales) were spotted right here in our very own waters!

They were sighted by Petronas staff who recorded the whales swimming in unison in Terengganu waters, near the Pelantar Dulang Petronas oil drilling platform, off Kerteh on 16th July. 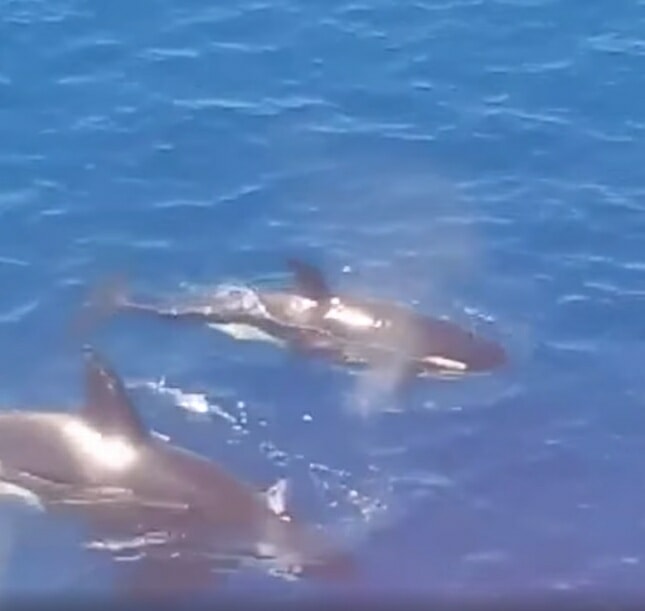 “Based on records at the Rantau Abang FRI or the Malaysian Fisheries Department, the Orca Whale has never appeared in Terengganu and the date, July 16, 2019, is historic as it was the first time the mammal was seen in Terengganu waters,” he said.

“We believe the two marine mammals are a pair (male and female).”

The whales are measured to be an approximate length of six and eight metres while weighing between 5,000 and 6,000 kilogrammes each. 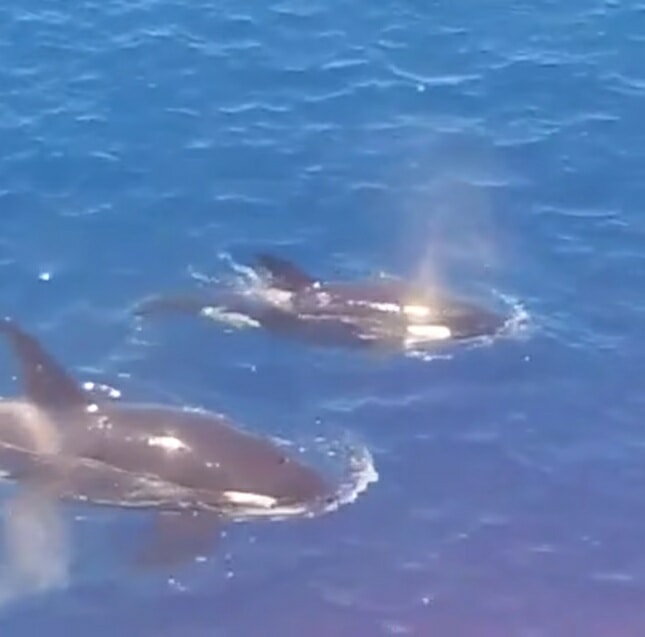 However, Mohd Tamimi Ali said that the Orca Whale is one of the most feared animals as it is placed at the top of the list of predators in the marine eco-system food chain. It often feeds on squids, turtles, sharks, seabirds and other marine animals including seals and dolphins.

I guess that’s how it got its name, Killer Whale.

He also mentioned that the Orca Whale is a protected species and any sighting of the mammal should be reported to the state of district fisheries office.

Now I’m curious… Where did these whales come from and how did they get here? If you think you might know the answer, let us know in the comments below!

Also read: Watch: Adorable Beluga Whale Returns Phone to Woman Who Dropped It in The Sea 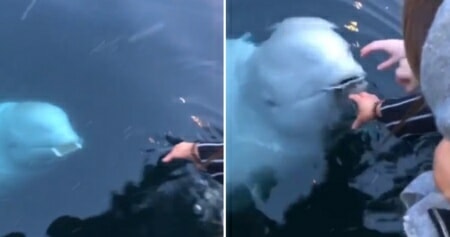