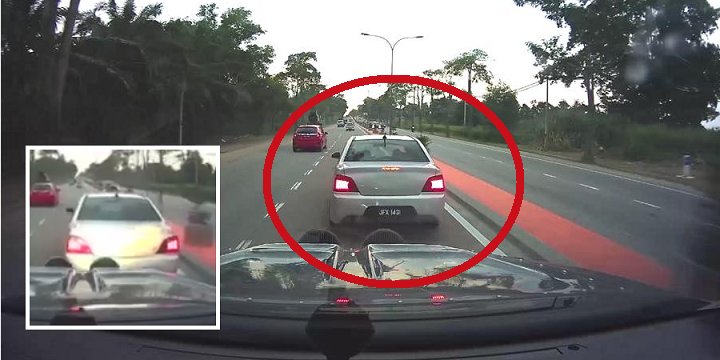 A few days ago, Mr Lee from Paloh, Johor was on his way back home when a white car infront of him bearing the plate no. JFX 1431, suddenly slammed on the emergency brakes for no absolute reason.

Lee, who had front and rear cameras installed on his vehicle, records the car filled with thugs attempting to fake an accident by hitting its emergency brake, not once, but twice! Hoping that Lee would hit the car’s rear. 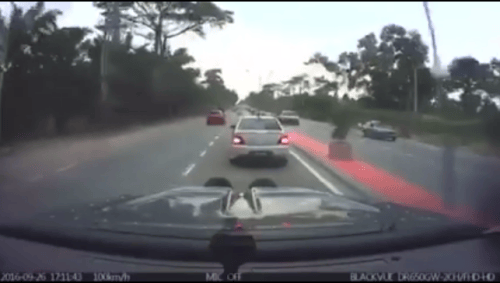 “The car suddenly hit its emergency brake twice, wanting me to hit the back of their car. At that time, I quickly hit my emergency brakes as well and managed to avoid crashing into them.

“After that I felt a little off about the situation and sped up to overtake the car.”

After Lee got ahead of the car, his realizes his nightmare wasn’t over.

“The car kept chasing after me. At one of the red lights, it tried to hit my back tire but luckily the light quickly changed to green and I immediately accelerated. The car would not stop chasing me, and even took hard objects to throw at my car.

“The vehicle kept trying to overtake me, trying to let me crash into them but I avoided that.” 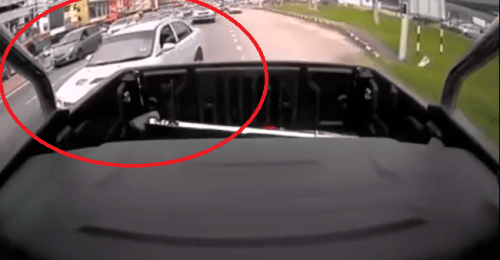 Lee quickly then sped up again and overtook the thugs’ car. From the video, Lee can be seen hastily trying to cut lanes to get as far away as he could from these men.

During the wild chase, the thug driver who was perhaps frustrated with ‘not being able to scam money’ from this target just drove straight into the back of Lee’s truck.

However, they soon realize that that wasn’t the best idea after all because..

Right after crashing into the back of Lee’s vehicle, (which was a Hilux by the way) the thugs’ car was immediately wrecked and wasn’t able to move after that. Just look! Point and laugh at the image as you please. 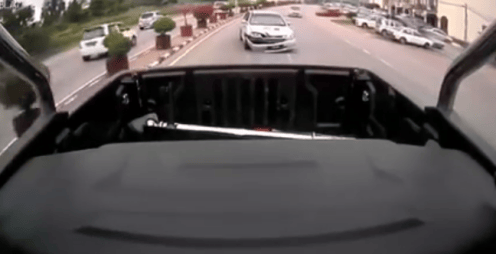 Without stopping, Lee headed straight to the police station to lodge a report. 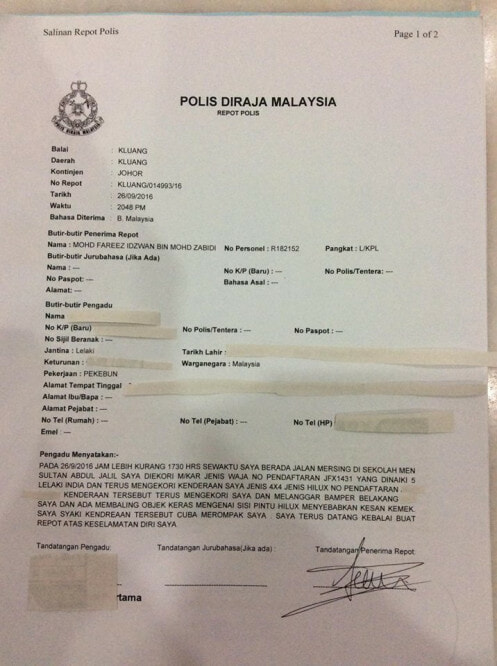 That was seriously one heck of a ride.

Netizens who saw his post were glad that Lee was safe and the thugs had what’s coming to them.

“Serve them right! These ruthless scums deserved it!” one wrote.

“Luckily your car is so strong! Just look how easily their car fell apart. Haha!” another user commented.

Watch the brake attempt, chase and crash in the videos below: