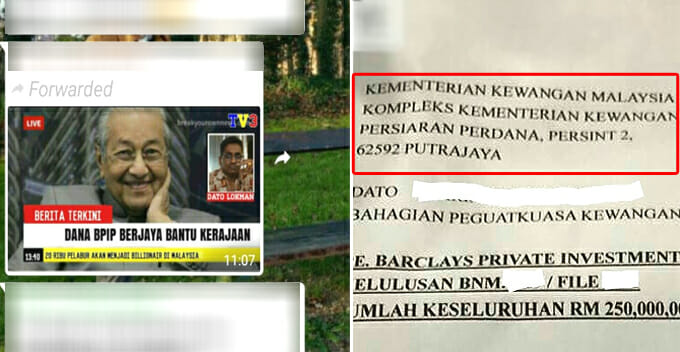 A reader recently reached out to WORLD OF BUZZ asking us to expose a group of people who are cheating hundreds, if not thousands, of gullible victims’ hard-earned money. For his own safety, he has requested his identity to be kept anonymous.

He told us that the modus operandi of this syndicate is very similar to the one used in Dana Haji Jasman, a syndicate that has been blacklisted by Bank Negara Malaysia in 2012 for swindling cold hard cash out of its victims.

Here’s the screenshot of Dana Haji Jasman being blacklisted on BNM ‘s website.

Long story short, this syndicate claimed that there’s a massive fortune belonging to the Malay Rulers (Raja-Raja Melayu) that was kept in England and that the British government had allegedly promised to return the fund worth RM2,400 trillion after 100 years. Sounds like a fairy tale to us!

The syndicate then started offering attractive packages to lure victims into contributing money to bring home the fund. For example, a member who chips in RM100 is entitled to get RM1.5 million in return. The return will increase in tandem with the amount invested.

As crazy as it sounds, it was estimated that over 160,000 investors have participated in this scam as of March 2015 but they never got paid a single cent. Dana Haji Jasman has since been blacklisted, but its legacy lives on as new syndicates using similar tactics have been mushrooming in the past years.

One of them is the Barclays Private Investment Project (BPIP).

In essence, the members of BPIP are required to invest as little as RM100 and within a short period of time (usually within a week or two), they are guaranteed a return of anywhere from RM75,000 to RM5 million, depending on the amount and funds invested.

Below is the package offered in the BPIP Whatsapp group, which guarantees RM10 million in cash with an investment of just RM200. 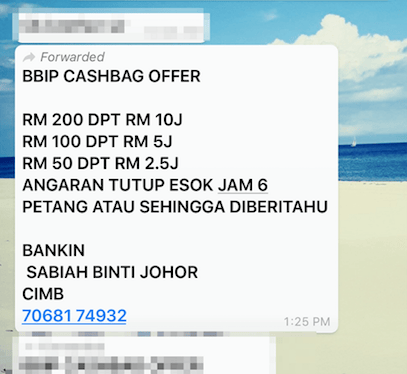 When it’s time to pay the investors their returns however, the leaders would come up with excuses to justify why the payment had to be delayed.

Big names such as the former and current PM Tun Mahathir were even used to convince the victims and prevent them from leaving the group.

Just look at the screenshot below.

The BPIP group admin even sent a picture of a fake letter bearing the name of the Ministry of Finance (MOF) and Bank Negara Malaysia to convince the ‘investors’ that a negotiation between the government and the ‘management’ is ongoing.

Fake supporting details such as a photoshopped picture and fake project serial number were sent into the group as well. 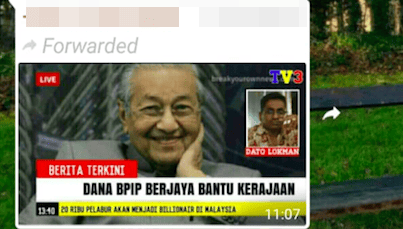 We’ve contacted the MOF and was told that there is no ‘Bahagian Penguatkuasa Kewangan’ within the ministry while Bank Negara Malaysia specifically told us that they are not involved in such an arrangement.

Below is the reply from Bank Negara Malaysia.

We were informed that the victims consist of retired soldiers, policemen, taxi drivers, and even highly educated professionals. They see themselves as billionaires by May but until now (August), none of them have received any money.

In the meantime, the group leader who identified himself as Dato Lokman came out with more attractive prizes such as a Toyota Vellfire, Lamborghini Urus (worth RM1 million), Habib vouchers worth RM100,000, and 1kg of gold bars to lure the victims into investing more. The amount needed is usually around RM50 to RM100 only, so that the victims wouldn’t hesitate to fork out the money. 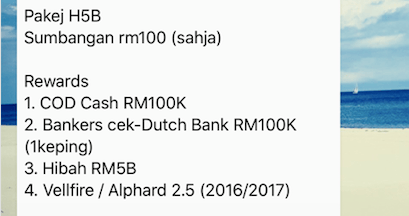 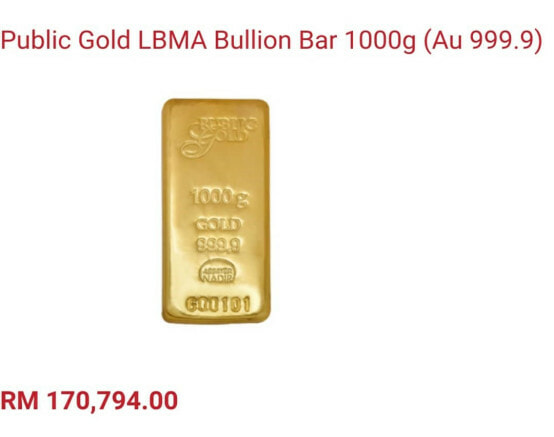 Besides BPIP, our source revealed that there are other similar groups that are operating using a similar modus operandi but under different names. They are:

We’re still working on authenticating the groups mentioned above with the authorities.

If the police don’t come down hard on these scammers, more middle-class Malaysians will fall into this trap. Hopefully, this article can be a wake-up call to thousands of naive investors who are still dreaming of becoming a billionaire overnight.

Also read: 76yo Man Gets Scammed Out of RM180,000 by Youngsters Who Misused Pakatan Harapan’s Name 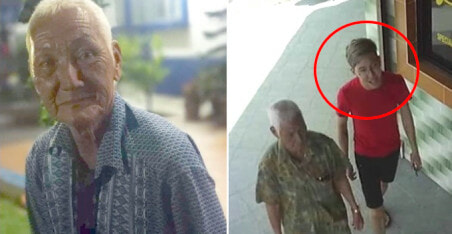