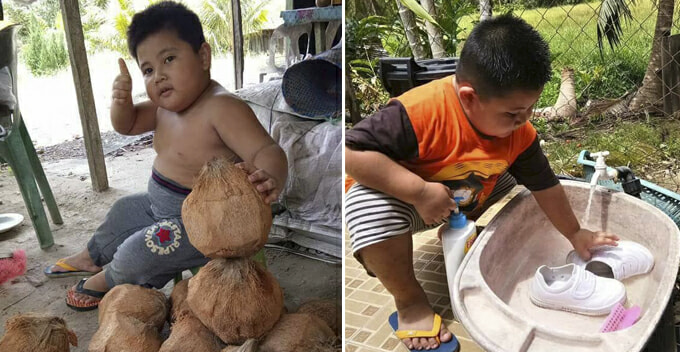 Admittedly, kids nowadays are getting more pampered by their parents more than ever before. The only house chore they do is connecting the charging cable to their iPads, but not this kid – this kid is special!

On 2 April, a netizen named Cikgu Emmet shared the heartwarming story of a kid named Joaquim Johaness on Facebook, and netizens were swooned by the sheer chubbiness of the kid! 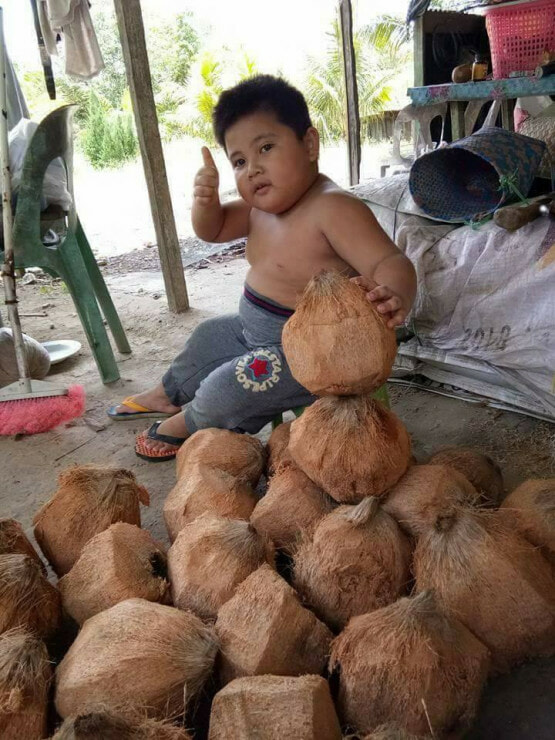 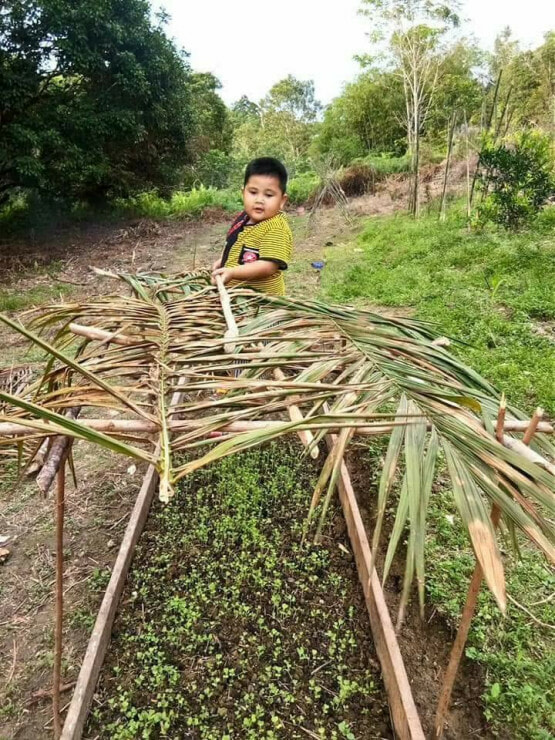 According to the Facebook post, the 5-year-old better known as Jojo, is a pre-school student studying at Sekolah Kebangsaan St. Augustine Betong in Sarawak.

“While the other kids in the city are spending their free time on gadgets and video games, there are kids living in the rural areas like Jojo, who utilises his time on wholesome physical activities which help to promote independence,” Cikgu Emmet said.

Despite his young age, Jojo knows that helping his grandparents with house chores and gardening is the right thing to do. He even knows how to use a hoe under his grandpa’s supervision! 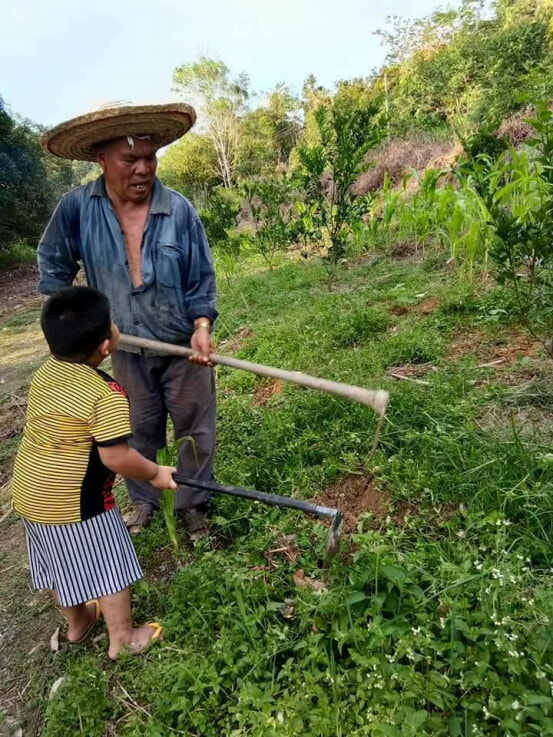 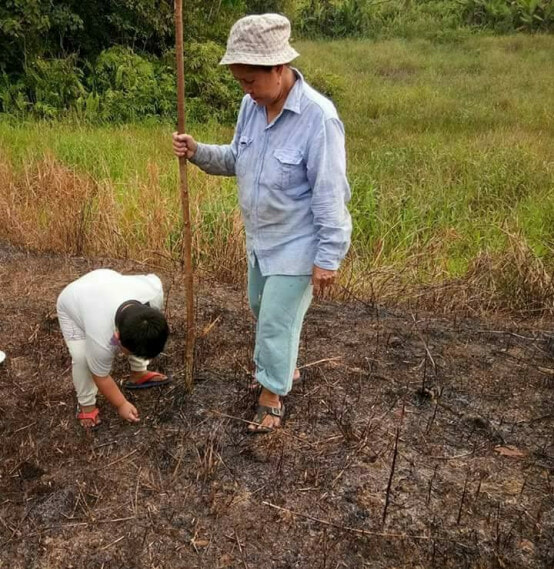 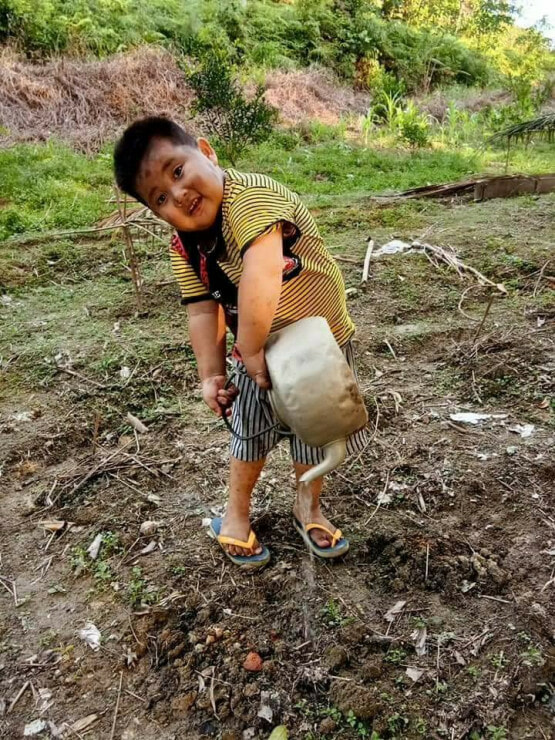 “These clothes ain’t gonna dry themselves, so let me do it!” 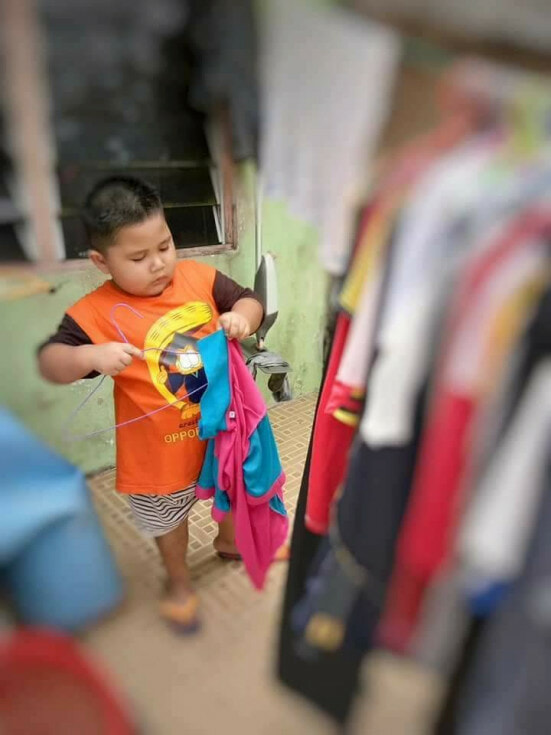 Look at those tiny hands holding the brush! So cute! 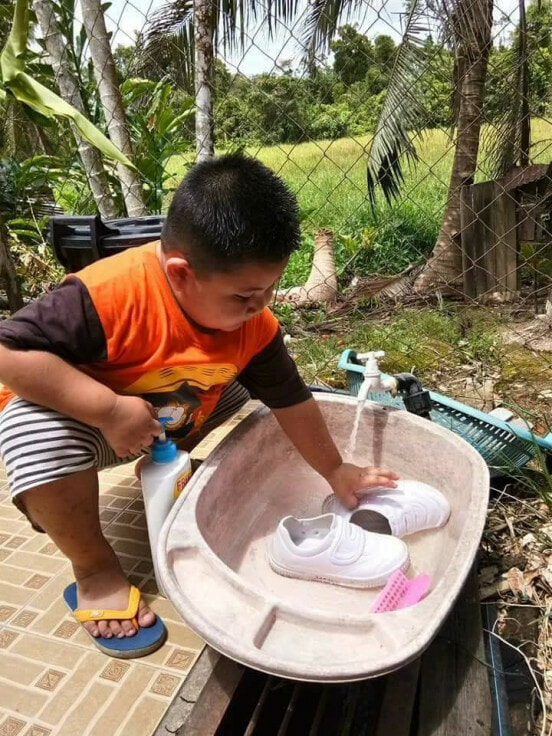 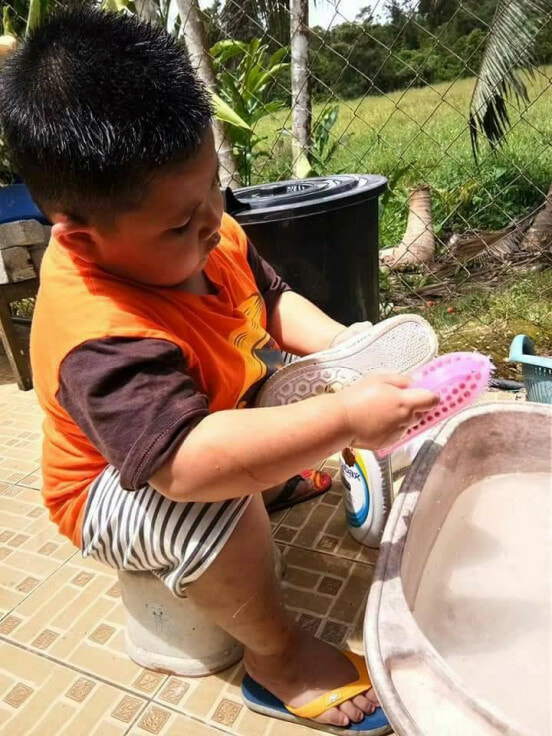 We want to know where he’s heading, because he looks like he’s about to go on an epic journey! 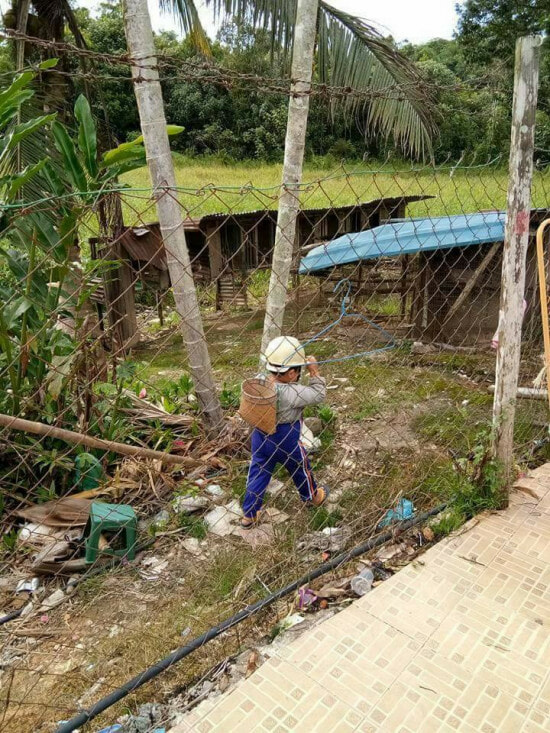 Netizens were impressed by Jojo’s willingness to get his hands (and face) dirty just to help out with the house chores, while others shared their experience of growing up in rural areas, which is something city kids will never understand.

“I still remember after the long school holidays, our teacher would ask us to describe our holidays. My classmates would share how their family went for vacation in Kuching. I could only say how I followed my old man into the jungle to cut down trees and only returned home three days before the school reopens. These are the memories that I will cherish forever,” a netizen said.

Jojo is growing up right as he is learning to appreciate the beauty of Mother Nature and the value of hard work, instead of becoming the guardian of his smartphone. Kipidap Jojo! 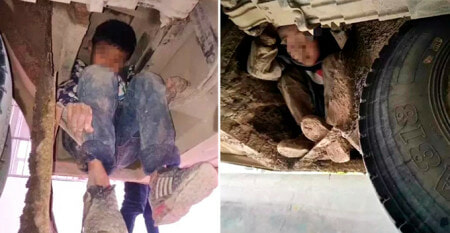