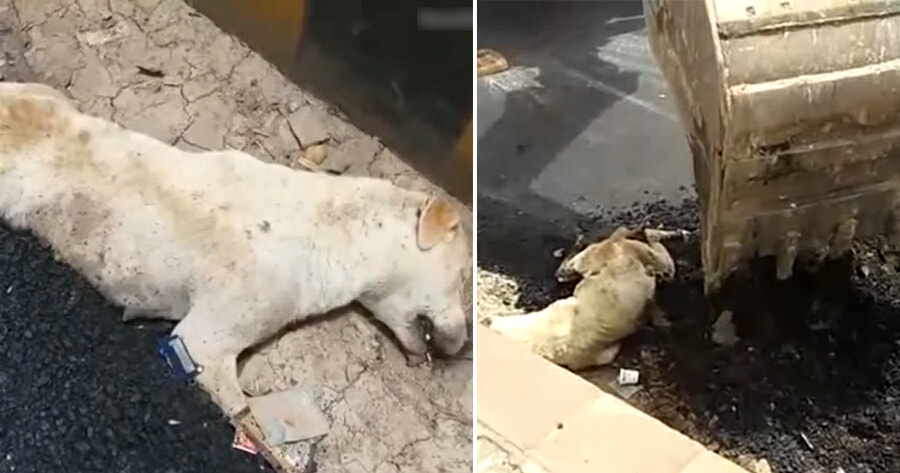 While many are doing everything they can to protect animals from cruel people, some couldn’t care less about these wonderful creatures.

Street workers in Agra, India, had recently caused an uproar when they intentionally poured hot molting tar on a sleeping dog, causing half of its body to be buried alive and was then left to die. The incident happened near the Taj Mahal last Tuesday (June 12).

The street dog was sleeping on the road when the construction workers poured hot burning tar on it while they were fixing the Fatehabad road at Phool Sayed crossing, reported Times of India. 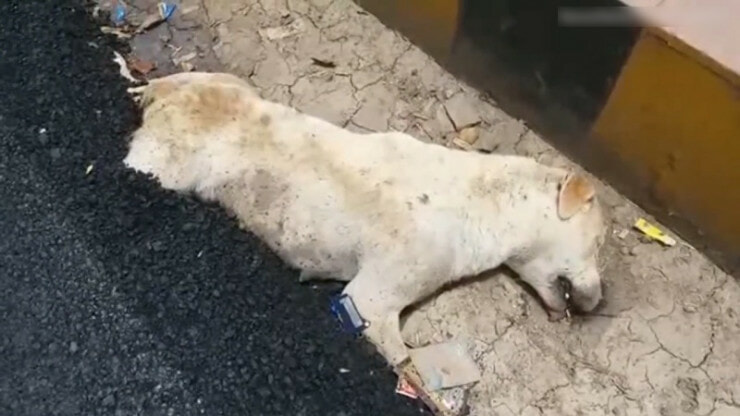 Protesters and animal rights activists were outraged at this when a disturbing video of the animal’s dead body went viral online. They said that the workers had poured the tar on half of the dog’s body before flattening it with a roller and leaving it there to suffer and die, instead of chasing the dog away. So cruel!

Four workers including the supervisor of a road construction company, a road roller driver and two construction workers had committed the ruthless act. They were arrested the following night on Wednesday (June 13). 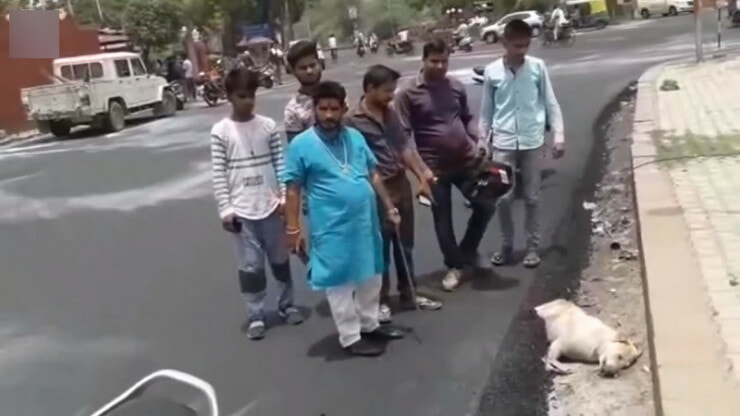 The workers argued that the dog seemed to already be dead when they began their work on the road, but bystanders and other witnesses refuted them and told the authorities that the dog was in agony the whole time.

“The dog’s legs were buried under the tar and it was writhing in agony. The workers refused to break the road to remove it. The dog d‌ie‌d ‌after,” Virendra Singh, a local resident, said according to Daily Mail.

Eventually, a digger was brought in to detach the dead dog from the road. 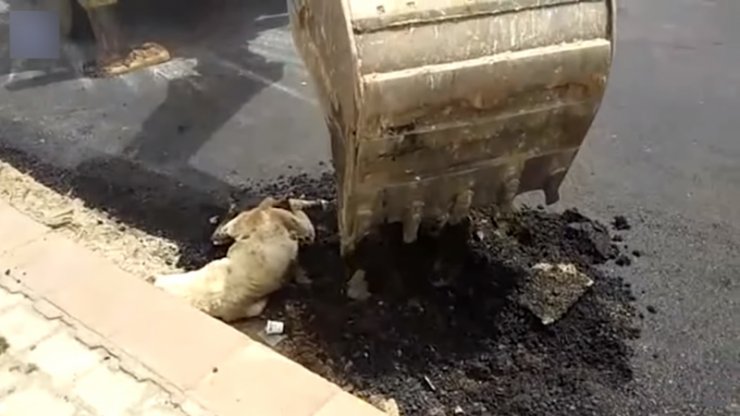 However, it is unfortunate that the workers were granted bail as the court was not able to determine if the dog was dead or alive when the brutal deed was done. The police did not carry out a post-mortem on the dog’s remains so there was no evidence to prove anything.

“The a‌cc‌used have been booked under IPC sections 428 and 429 (cruelty to animals), apart from section 11 of the Prevention of Cru‌elty to Animals Act,” Narendra Kumar Singh, Sadar police station in-charge inspector said.

“On Thursday, they were granted bail, but we will thoroughly investigate the case and will question the owner of the construction company if the need arises.”

Local residents and ani‌mal activ‌is‌ts gathered to where the dog was br‌utal‌ly and merc‌iles‌sly ki‌ll‌ed and staged a de‌monst‌ration against the Public Works Department (PWD), the authority in charge for the road work.

“The entire matter is highly upsetting. We have sought an explanation from the contractor after which suitable action will be taken,” Naresh Kumar, PWD executive engineer said.

(Disclaimer: video content may be upsetting; viewer discretion is advised)

Sigh.. One less doggy in the world. When will humans ever learn that animals’ lives are precious too? 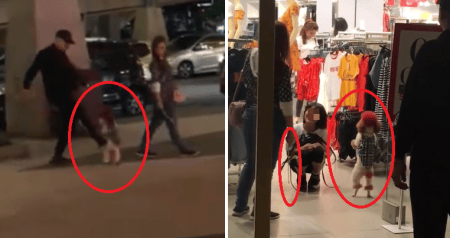