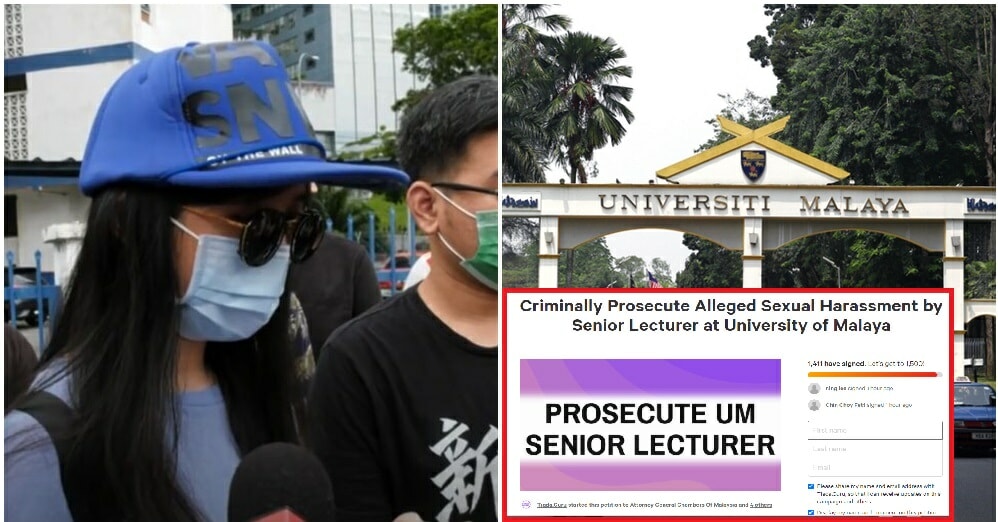 Recently, the police dropped their case against a lecturer from the University of Malaya (UM) who allegedly sexually harassed a female student last year.

The victim received a notice from authorities which stated that due to the lack of other witnesses and conclusive testimony, they would not be pressing further charges or be carrying the case forward, as said in a post by UMANY.

The case involved a third-year female student who was allegedly physically touched on her hips while asked disturbing personal questions by the UM lecturer in his office. This is not the first time the senior lecturer has been accused of such claims.

The results of the case caused a public uproar and a petition was launched on Change.org by Tiada Guru to bring justice for the student to make it mandatory that “sexual harassment, abuse, rape, molest and other criminal acts must be prosecuted to the fullest extent of the law.” 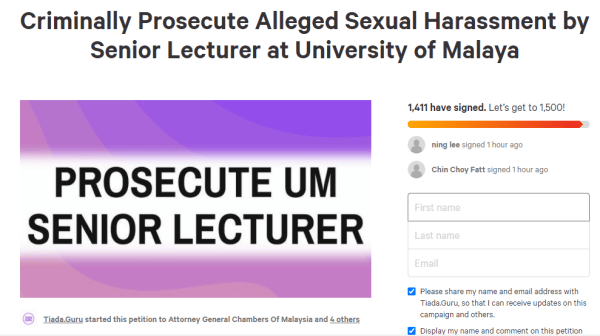 Tiada Guru demands that the investigation be re-opened immediately and for the following actions be taken by the parties who are currently preventing prosecution:

Previously, UM Vice-Chancellor, Abdul Rahim, assured that action was taken against the alleged perpetrator, “UM management has already taken action against the unnamed sexual perpetrator who was exposed after the victim lodged a police report yesterday (16th July).” However, in the most recent update of the case, Kuala Lumpur CID Chief Nik Ros Azhan Abdul Hamid said, 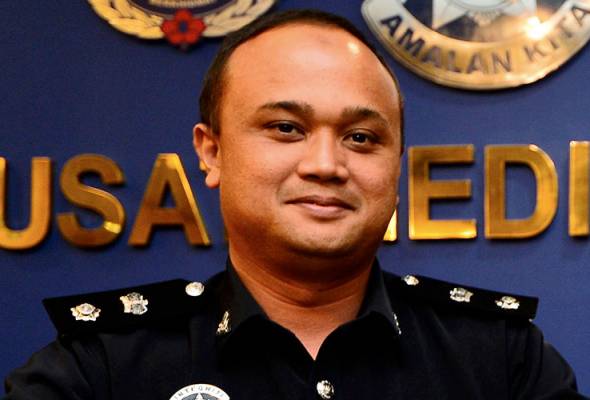 “We have referred the case to the deputy public prosecutor (DPP) on August 13 and the DPP said there will be no charges against the suspect. This is on grounds that the suspect has already faced disciplinary action from UM that was triggered by the victim’s complaints.”

However, this “disciplinary action” does not prevent criminal prosecution. According to Tiada Guru, “this legal stance is untenable, unfounded, and a disgusting illustration of how multiple institutions can protect the culture of fear, power, and silence: “Justice means privilege for me and silence for you, lah”.

Tiada Guru’s powerful petition has garnered over 1,411 signatures at the time of writing. Let’s do our part and get those numbers up!