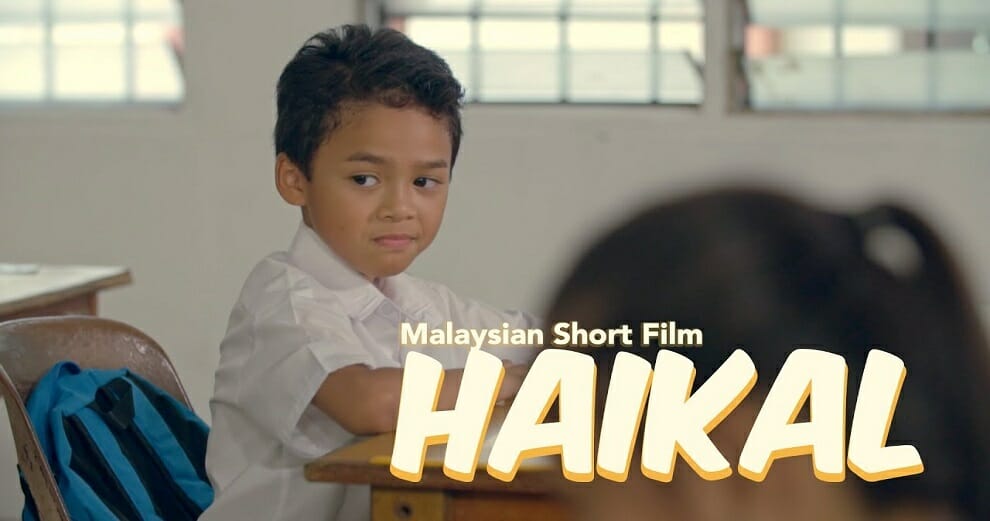 Malaysia is a country rich in diversity. We’re a colourful group of individuals each with our own unique set of characteristics, likes, and dislikes.

However, like any society, many of us tend to categorise things (often times, without even realising it) to make sense of the world around us. But what happens if you don’t fit into any of those moulds set by society?

That’s often what a lot of Malaysians of mixed heritage experience on a daily basis, and this local short film, ‘Haikal’ aims to portray the conflict many biracial people face during their most formative years. ‘Haikal’ tells the story of a young boy, who is of Chinese and Malay heritage, and the struggles he faces with his identity.

We spoke to Jiven Sekar, director of ‘Haikal’ and co-founder of The Salad Show, the YouTube channel behind this ambitious short film. He shared with WORLD OF BUZZ about the inspiration behind Haikal, the reception it received, and The Salad Show’s future plans. Here’s what he had to say;

What is The Salad Show and who is behind this channel?

My partner Caleb and I founded the channel together. We started The Salad Show together in college about 5 years ago. However, the channel wasn’t active until I started focusing more on it earlier this year. Caleb and I both studied marketing and learnt everything about filmmaking on YouTube.

Right now, there are about 5 of us behind The Salad Show, and we want to bring in more original stories because a lot of people have stories in mind but have no idea how to produce and fund it, so ‘Haikal’ was one of the first stories we filmed, and it’s the first Malaysian-focused short film we made after our break.

‘Haikal’ portrays the struggles of mixed race Malaysians. Was this inspired by personal experience?

Yes, the scriptwriter (Suzanne Ong) is actually mixed race, so she drew a lot of things from her personal experience. She had similar problems portrayed in the film and it was mostly inspired by her college and school life. We decided to depict the story using primary school kids because it’s the age where kids don’t really know what’s going on, but it’s easier for them to accept one another.

What was the entire process of making this short film like? What challenges did you face?

Because I was directing someone else’s script, interpreting the writer’s script was a challenge. Initially, the father was meant to be Chinese and the mother, Malay, but I told her I thought it wouldn’t work because the woman would usually make a bigger sacrifice by converting compared to the man, so the mother became Chinese.

She wrote the script initially about a year ago, but I re-wrote some parts and found a middle ground. This process took about 2 months. We also wanted the characters to represent different things – the mother was meant to show society’s point of view, while the teacher, played by myself, was to show the government’s perspective.

Another challenge was to make the short film lighthearted while delivering an important message at the same time. We also had the script for about more than a month and we ended up shooting the entire film in 3 days. Prior to shooting (the film), we brought the kids together so they could get to know each other prior to filming. We wanted them to be comfortable before throwing them into the production process.

How do you find directing children compared to adults?

We had a harder time directing the adults, actually. Mostly because the adults had a lot more emotion and backstories to portray, and the kids’ lines were fairly simpler. The kids nailed their lines most of the time, but of course, they made some mistakes here and there.

We spent five hours shooting one emotional scene between Haikal and his dad, so it was very tiring especially for the kid. There was even one moment during filming when two kids in the background of a shot began fighting with each other and we had to stop filming for about half an hour (for them to calm down) so it was things like that that made it a bit challenging for us, I was kind of a father on set! [Laughs] 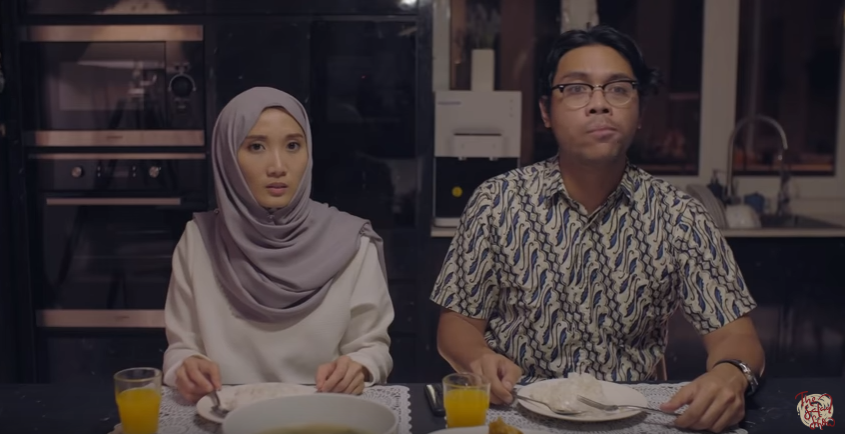 We initially wanted to release this film on 16th September for Malaysia Day because it would have been perfect. However, we faced some obstacles and were also very hesitant about it because it was around 17 minutes long and were wondering if anyone would watch the entire thing. At first, we thought of cutting it into two parts, but there was no cliffhanger point to do so.

So, we finally ended up releasing it later as a 17-minute film just to see what happens, and we were surprised by the response and engagement from viewers. We sensed that a lot of people really sat down and watched the entire film (from start to finish) and felt the message we were trying to portray, rather than just watching it for the sake of it.

We got a lot of responses from people who shared their own experiences, and some even told us this was how a Malaysian film should be made. We don’t know what we did, but we’re glad people like it!

What do you hope Malaysians will learn from ‘Haikal’?

Learn to accept each other’s differences, that’s all. It’s a simple message, and we hope that Malaysians realise that education can be the point of change (to teach acceptance).

Will there be a sequel to this short film?

We’re not entirely sure. Initially, we wanted there to be a cliffhanger. Actually, ‘Haikal’ is a small part of a bigger story, so we want it to be the first of many short films that are interconnected.

What’s next for The Salad Show?

The next story I would like to cover is about divorce, so it’s going to be about a couple who married out of love, but they end up divorcing because the husband was impotent. I pitched this to my actors, but it wasn’t received very well. However, I feel like it’s a real issue we should portray. I feel like as I grow older, my content is also maturing with me.

We also want to focus more on short films. We recently partnered with Google for their global Creators For Change programme, which aims to combat hate speech and extremism. We got chosen to represent Malaysia along with The Ming Thing and Vikarworld, so we’re shooting videos for this programme. As for what The Salad Show will be doing, we’ll be debunking common stereotypes, similar to the message we portrayed in ‘Haikal’. This video will be launched next month (November) in Bangkok. 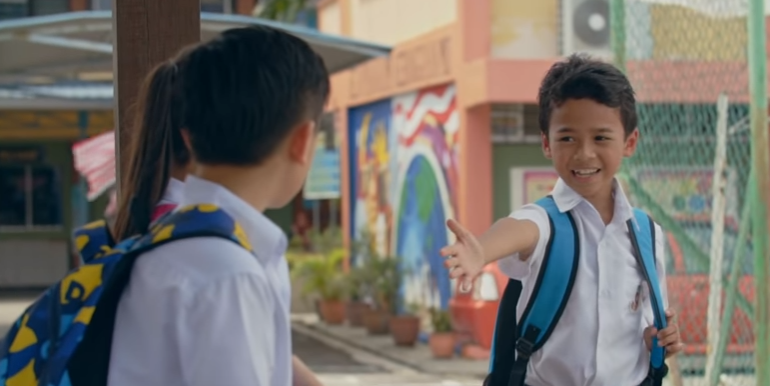 What are your thoughts on Malaysia’s film industry today and what’s to come in the next few years?

Things are looking up in Malaysia, so I expect a lot of positive stuff. I just saw Gol & Gincu Vol. 2 the other day, and I thought the message of women empowerment was portrayed very well. I feel like before, there was a preconception that Malaysian movies generally weren’t very good.

Now, I feel like a lot of Malaysian movies are really stepping up their game. Like for example with Paskal The Movie, it’s doing really well and getting really good reception, and JinnyBoyTV’s ‘By My Side’, which was really well-made.

What advice would you give Malaysians who are thinking of starting out in filmmaking?

I think you’ve just got to do things for yourself. How my team and I learnt filmmaking was just a result of constant practice. We kept shooting things and putting our videos out there and listening to feedback from viewers. It’s all about experimenting. Other than that, don’t jump straight into movies until you know how to make a proper video or short film.

Another thing we did was save a lot of money at first. We started our own fund and used the money from that to shoot our videos. Also, draw inspiration from other movies, try to replicate your favourite scenes to practise. Most importantly, you have to love what you do. My colleague Caleb always says, “If you have a passion for something, you will always find time for it.”

Haven’t watched Haikal yet? Check out The Salad Show’s short film below! #SapotLokal 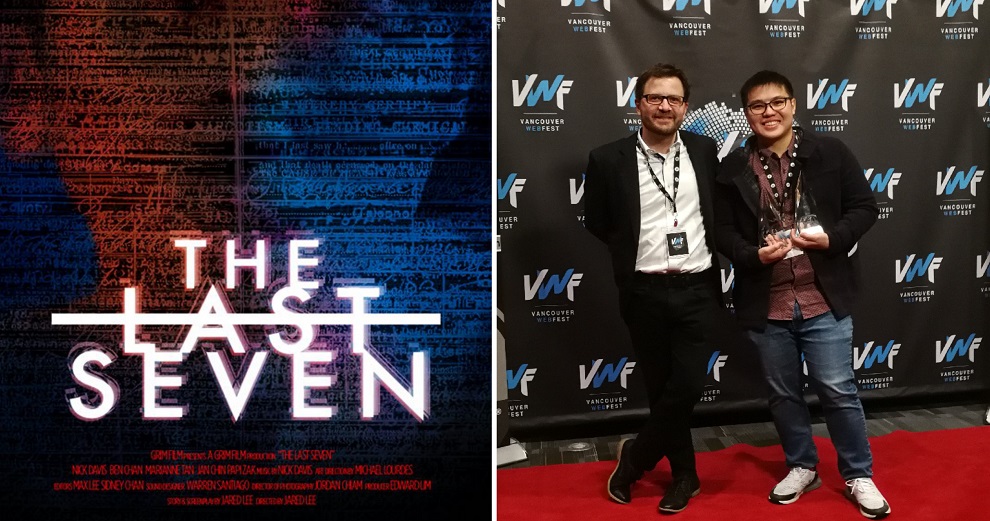