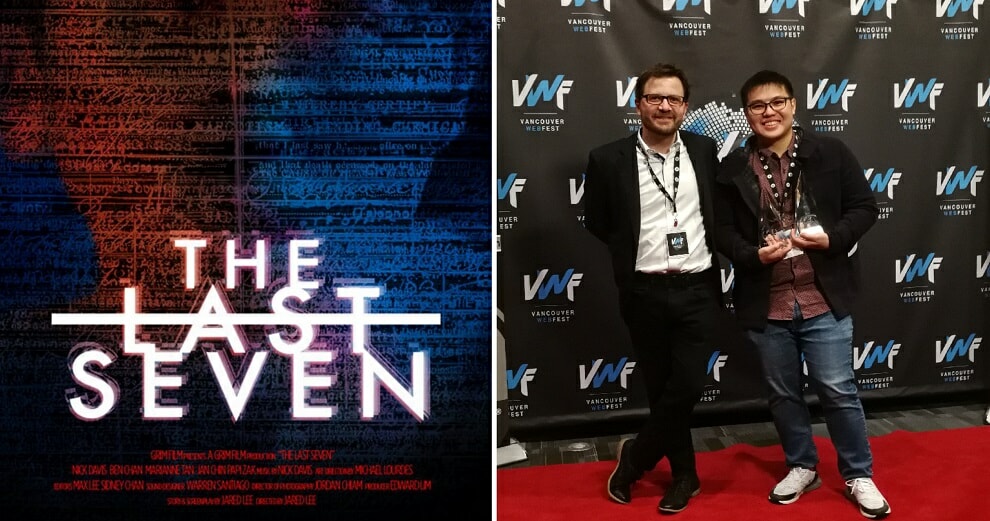 Local filmmakers Grim Film are known for their off-beat, ambitious short films; and with over 170,000 YouTube subscribers and a number of awards already under their belt, these guys are making waves both locally and internationally. 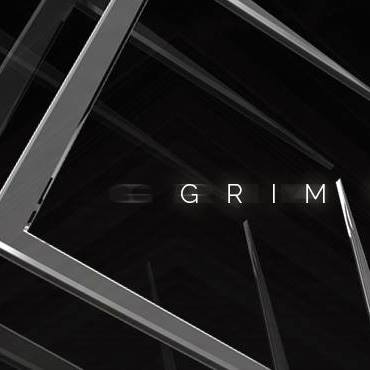 Edward has always been mesmerised by films, as he vividly recalls watching LaserDisc with his father as a child. Although he didn’t understand what was being said, the visuals captivated him at a young age.

“Since then, behind-the-scenes work has always been a wonder to me. I am glad now that I am surrounded with friends and colleagues who love making films as much as I do.”

Jared on the other hand, struggled finding his passion at first, as he initially studied animation for a short while. Feeling lost, he then transferred to a diploma course in mass communication.

“In the course there was a video assignment, while we were just playing around, there was this sense of joy making up stories, standing on set and seeing it on screen. It was then, I knew.”

After finishing his studies, Jared initially worked at an event company during the day and toiled over his original scripts at night. One day, he decided to turn one of his scripts into a low-budget film and submitted it to a local film competition in 2011. 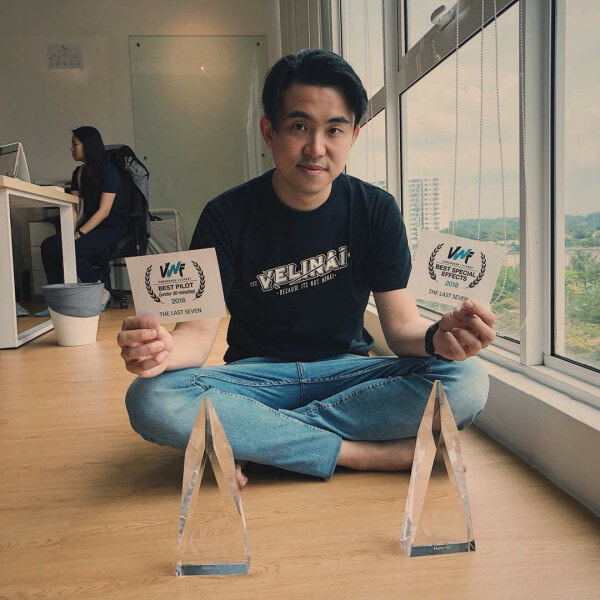 “We didn’t win although we made it to the finals. We then uploaded it on YouTube just for feedback, it garnered 70,000 views in the first week, something we never expected. Calls started pouring in; they were video production opportunities, script writing, and even a deal to make a movie. I saw potential in what was going on and decided to start Grim Film, a production house. It’s been 7 years since.”

Now, things are only getting bigger and better for these homegrown talents, as they just became the first Malaysians to win not just one, but two Vancouver Web Fest awards earlier in April 2018! Woohoo! 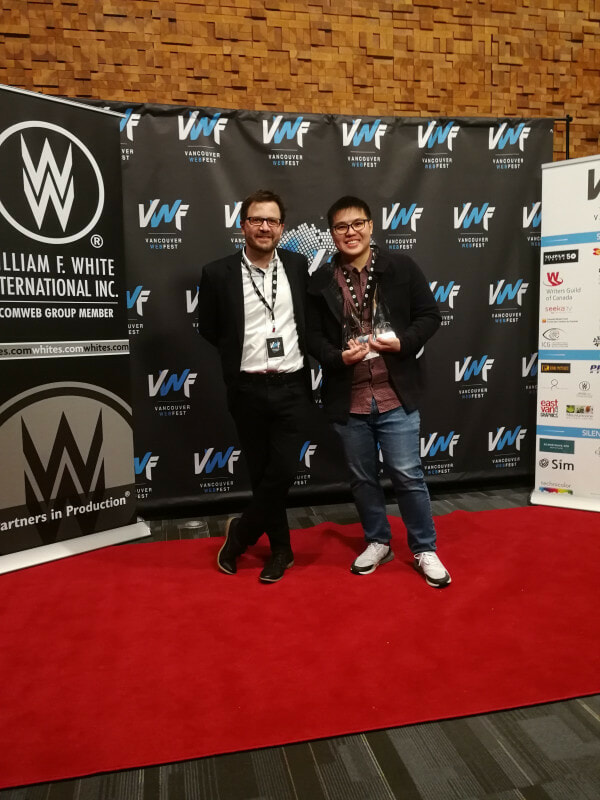 So, what exactly did they win? Well, their chilling short film, “The Last 7“, won Best Pilot and Best Special Effects, beating nominees from Europe and North America. Whoa!

“When I was called on stage, my mind was blank, I (couldn’t) speak straight. Only after the press interviews, I realised. I as a Malaysian (beat) Europeans and North Americans in an international award, being the only Asian nominee in the category,” said Edward.

However, Jared sadly couldn’t be there to receive the award, as he was diagnosed with testicular cancer. Jared shared with us,

“I had to stay back because I was diagnosed with testicular cancer, and the healing process wasn’t over yet. The 2 awards which I found out we won from Edward came in at a very good time, while my wife and I were burdened with additional news from the cancer situation, I thank God for this happening when it happened. It lifted our spirits in the midst of the battle.” 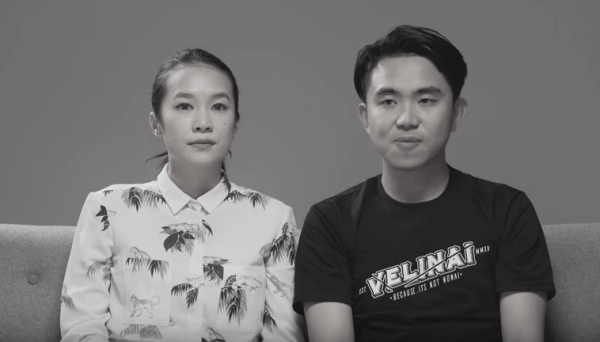 “As an aspiring filmmaker who did not attend a film school, who was told a lot of times that I don’t have what it takes to be one, I continued to pursue the dream and having one of my works recognised in a foreign country means the world to me. It’s like someone telling me, ‘Hey, just keep chasing, you’re on the right path’.”

The Last 7 tells the story of a Grim Reaper named Michael, who works at a soul-collecting organisation and is plagued by confusing dreams.

Sharing the inspiration behind this short film, Jared tells us the initial idea actually came about back in 2012, saying,

“There was always a dead character in my early shorts, then I thought to myself, ‘what if these dead characters get collected by a reaper and the image of the reaper is somewhat like a salesman instead of a skull-faced one with a scythe’.”

“I started inserting scenes of a ‘reaper’ appearing to collect the dead as a post credit scene. Feeling attached to having the character appear, I started expanding the world revolving around the reaper as the main character.” 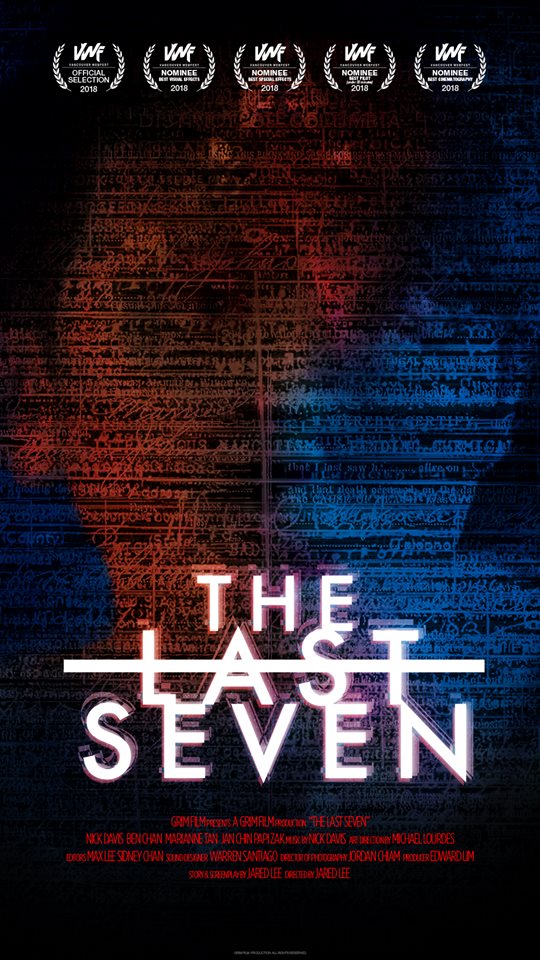 It was definitely a challenging, but rewarding process from start to finish. Feeling so attached to the concept, Jared had a very clear vision of what he wanted from this film, and only wanted to make it after a substantial amount of growth as a filmmaker.

“I told myself if this were to happen, it has to be way better than what we’ve made so far. It has to show growth, and in writing I was very strict with myself, (I) crafted as much as I could within what budget we had.”

“While I piled Edward with more things to stress about each day, he delivered, he had the contacts to filmmakers I never had. The most challenging thing, if there was one, would be due to budgeting, we could only afford a 3-day production, the script was quite ambitious for what we had, time was limited and everyone worked from morning till dawn.”

It certainly shows how much blood, sweat and tears was poured into this visually-stunning short film.

As for what’s next, Jared and Edward are experimenting with the idea of making The Last 7 into a web series. 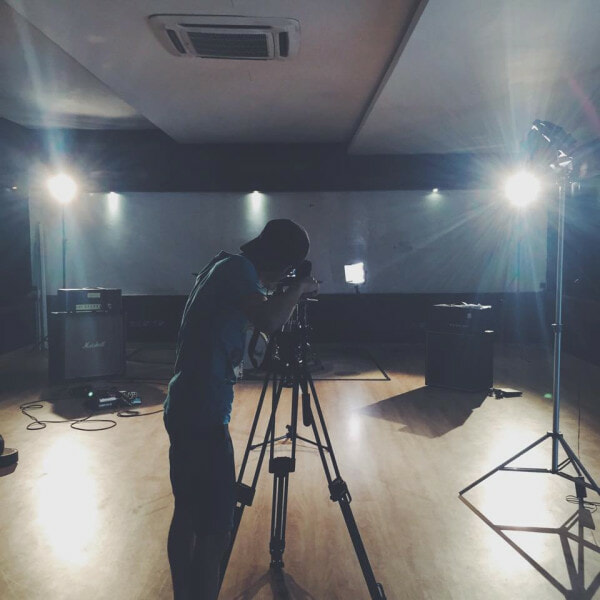 “We will always put aside some money to make something we love at least once every year. Fingers crossed for some exciting decisions to be made, for now we can’t say anything yet,” said Jared.

When asked what advice they would give aspiring young Malaysian filmmakers, they said,

“Put down the phone, get a camera and face the lens the other way. Too many young Malaysians think of YouTube vlogging as a fast way to become famous. Instead of becoming a Logan Paul wannabe, I think it’s more respectable to be a Wong Kar Wai wannabe. Spend more time watching film analysis videos of movies you have watched and slow down on those “junk food” videos.”

“Know the filmmakers and their past films, naturally you will fall into their fandom. Then by that, be influenced as a filmmaker, you will write and make films that matter and start to make a movement of your own.” 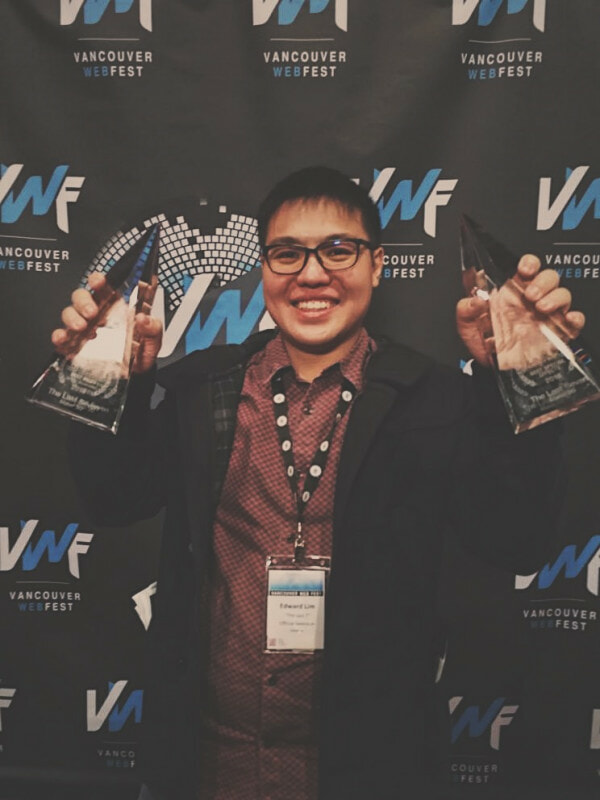 As for Jared, he advises,

It just goes to show that pure hard work and a dedication to your craft will pay off in the long run. Kudos to Grim Film for challenging themselves every day and continuously raising the bar in our local film scene!

Also read: Meet the 24-year-old M’sian Filmmaker Who’s Worked on 100 Films in the US 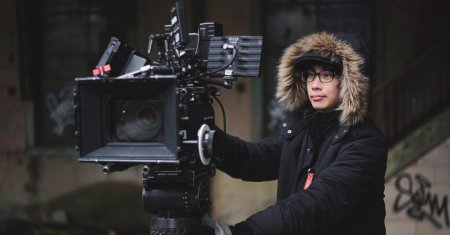