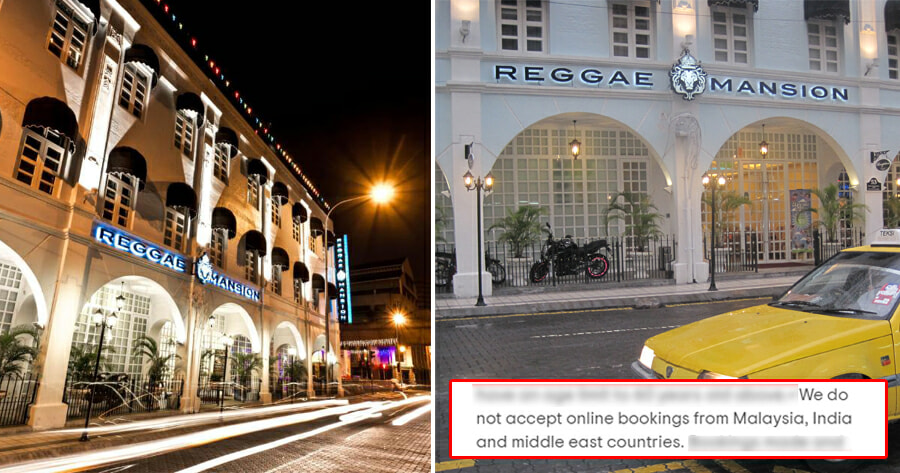 A two-star hostel in Kuala Lumpur has received many complaints online for allegedly discriminating guests based on their race. Even Malaysians aren’t allowed in!

The hostel, Reggae Mansion located in the Masjid Jamek area, had apparently blocked guests of certain races from booking its rooms online or entering its premises, according to Coconuts KL.

The hostel has had a reputation of denying guests based on their race since 2011 according to some individuals who have stayed there before. 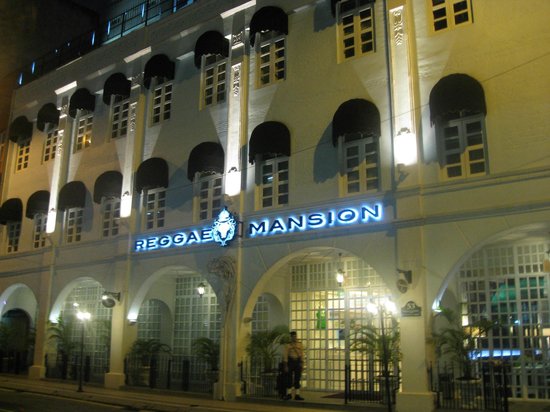 The matter was dug out again recently when Twitter user Munira Mustaffa said on 13 June 2020, “Is Reggae Mansion in Kuala Lumpur still racist?”

A man named Iqbal retweeted her Tweet and noted that the hostel allegedly refused to accept African and Asian guests, including Malaysians.

“In case you haven’t heard, there’s a hostel in the Masjid Jamek area that doesn’t allow Asians and African guests, including Malaysians!” he said”

“Honestly surprised that this business has managed to last this long without Malaysians tearing the sh*t out them.”

In his Tweet, he included photos of reviews about the hostel, with some dated back to 2014. 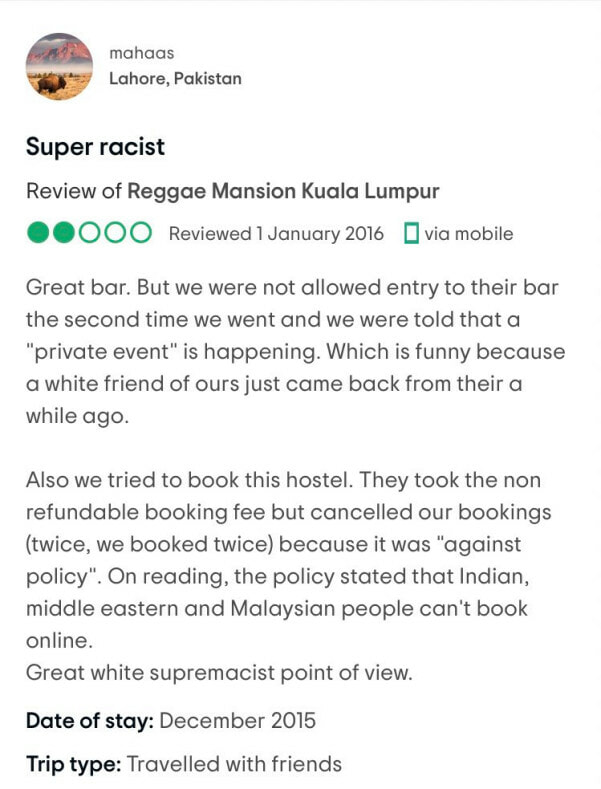 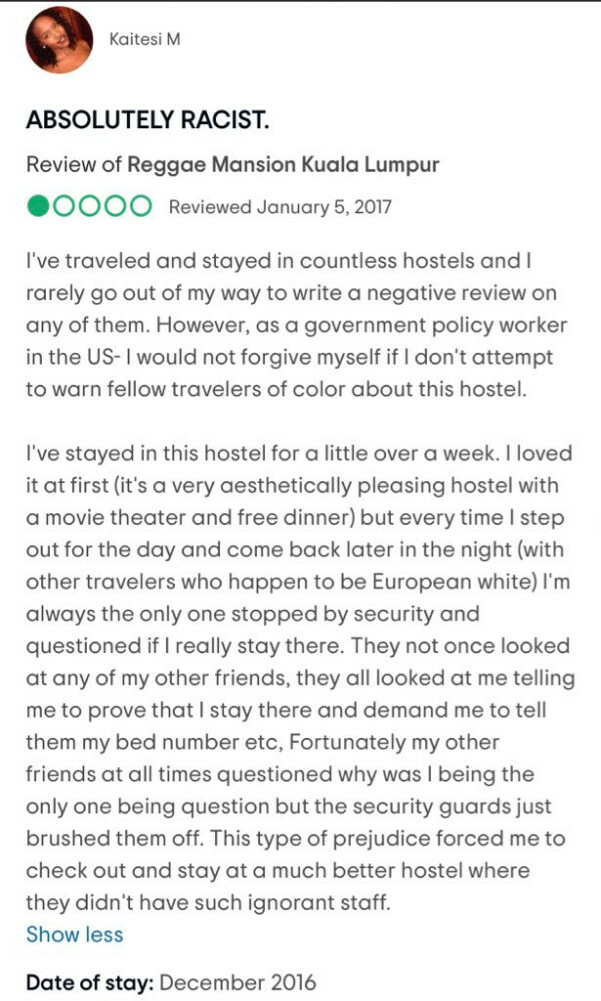 A Malaysian netizen, Benjamin Chong, replied to the Tweet and recounted his experience in 2013 when he was denied entry to the hostel’s bar but was later allowed in after he said he was Singaporean.

“I was not allowed into their premises because I am a Malaysian,” he said.

“Was showing some tourist friends around the city and came back to get some drinks at the bar but was stopped. Next day, I tried again and only got in because I said I was a Singaporean.” 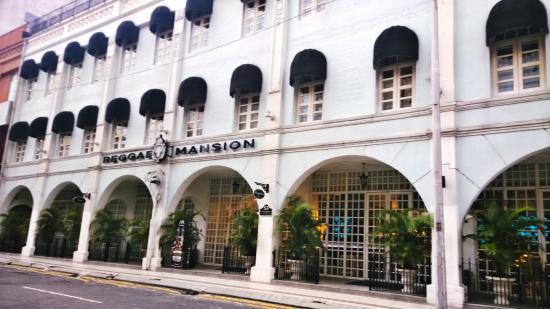 Back in 2011 when similar accusations surfaced on Twitter, the Reggae Mansion defended itself for refusing guests from Malaysia, India and the Middle East due to religious reasons as they served alcoholic drinks. They then reversed their policy and welcomed guests of all races, until online complaints resurfaced again between 2014 and 2017.

Looking at the hostel’s Trip Advisor profile now in 2020, it still states that they do not accept bookings from Malaysia, India and Middle Eastern countries.

In the description, it writes, “we do not accept online bookings from Malaysia, India and middle east countries. Bookings made and paid online by these countries shall not be refundable.”

“We accept walk-in check-in only for these countries and it is subjected to the room availability.”

Furthermore, they said that they do not welcome guests older than 60 years of age.

Honestly surprised that this business has managed to last this long without Malaysians tearing the shit out them. https://t.co/QZ05Vd6EvL pic.twitter.com/M66dUmbUOl

Have you encountered a similar experience as the guests of Reggae Mansion before? Let us know in the comments below!

Also read: K-Pop Fans Are Hijacking The #WhiteLivesMatter Hashtag So Racist People Are Drowned Out!