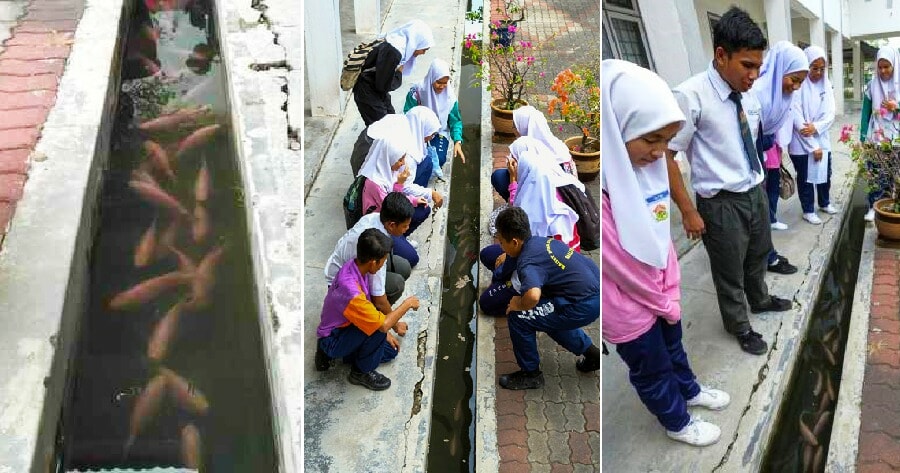 You’ve probably seen photos of fishes swimming happily in Japanese drains since they are simply so clean, even fishes can live inside them. As for the conditions of our drains here, we don’t even want to look at them as they’re always bound to be full of rubbish and sometimes so blocked up that they can cause flash floods. 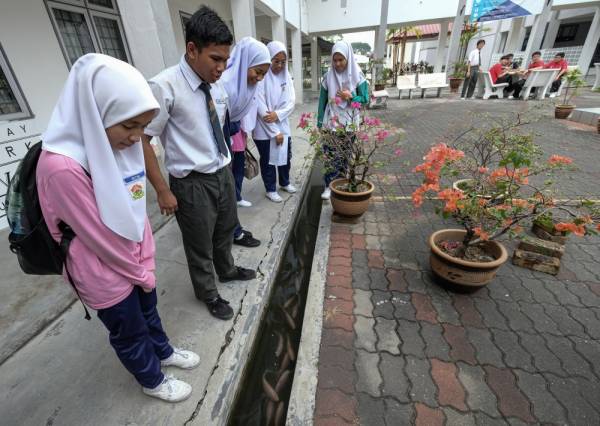 However, Sekolah Menengah Kebangsaan (SMK) Pinji in Ipoh did the same thing in their school by transforming one of their 25-metre long drains into a place for about 100 tilapia fishes to live. According to Sinar Harian, the project started with only RM100 and there were only four fishes in the beginning.

Now, they have about 100 tilapias swimming in the drains. The headmistress, Norehan Salbidi, said that she had gotten the idea last December when she visited Bukit Tinggi, Indonesia and saw many of the villagers there raised fishes in ponds as a source of protein. 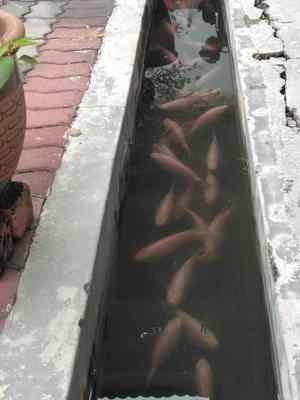 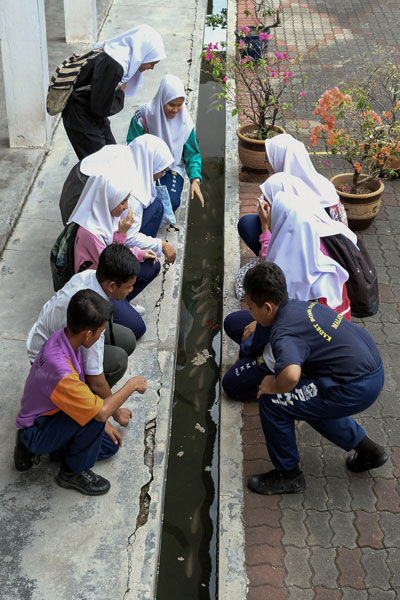 She explained that to start the project, she had the entire base of the drains cemented to ensure that the water did not flow out through any cracks. They also used pipe water and rainwater for the fishes and the creatures are usually taken care of by the school’s gardener.

Norehan said that the students can also help out with the fishes when they are free and the fishes can be used as a way for students to relax and refresh their minds. “Using this approach can help my students to think out of the box, think creatively about using rainwater for the fishes and also train them to be more responsible. It is also a good mind therapy for them to destress,” she added. 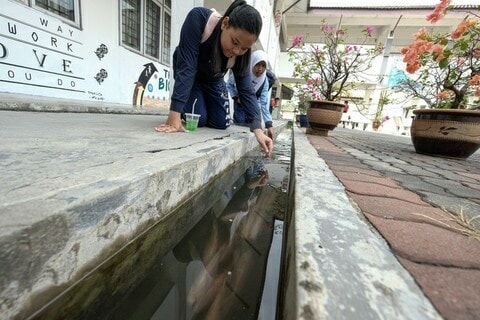 That’s not all, the fishes are also useful during Science classes where the students can learn more by studying the fish. The school said they managed to sell about 30 fishes a few months ago for about RM1 to RM5 per fish. The proceeds from the sale were used to buy fish food, and they currently do not have plans to do this commercially.

Norehan said that she plans to expand the project to other drains in the school as they want to rear more fishes such as koi fish. This cool idea has gotten the attention of MP Ipoh Timur, Wong Kah Woh, who has awarded RM10,000 to the school for a Gendang Malaysia activity. 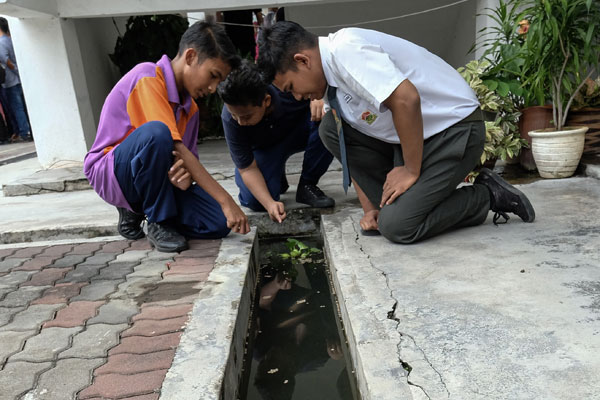 Wong praised the school and said that they took the initiative to be creative in improving the study environment of the students. “Students can get to learn things that are not in the textbook and this is a really good idea that should be continued,” he said.

That’s a really cool idea that can easily be done in other schools as well! 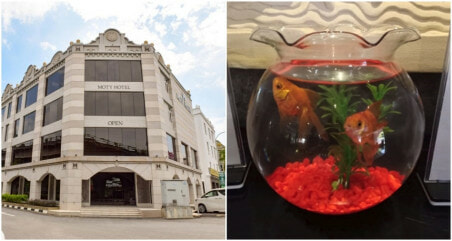