Over the past few decades, the entire planet has been experiencing the detrimental effects of pollution and global warming, and the environment has been paying the price for it.

One of the biggest problems many nations are facing right now is the amount of unrecyclable waste we mindlessly throw away on a daily basis. This recent tweet that went viral is a sobering message that when we throw something away, it doesn’t just “go away”. 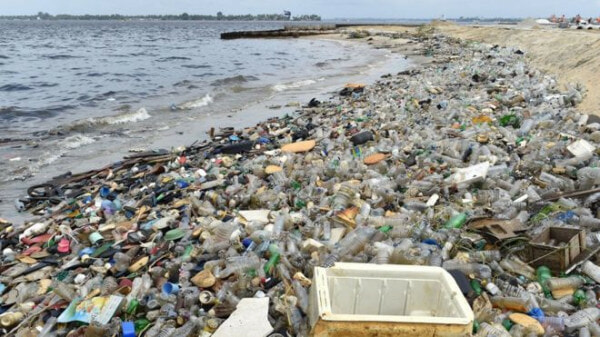 A netizen with the Twitter username “fia” posted a photo of an empty Indomie packet she found washed up at a beach. What shocked her was how long the packet presumably remained in the ocean. Her translated post dated 7th April reads,

“This August, Indonesia will celebrate 74 years of independence. However, this morning, I found an Indomie packet with the words “55th Anniversary of Indonesia” printed on it.”

“It made me think for a while because, for 19 years, this empty packet has been floating out at sea before it finally washed ashore.”

The tweet, which has garnered over 75,000 retweets, shocked thousands of netizens. Many of them wondered just how long other waste items have been stuck out at sea and the effect this has on the environment while others called for reducing the public’s reliance on plastic. 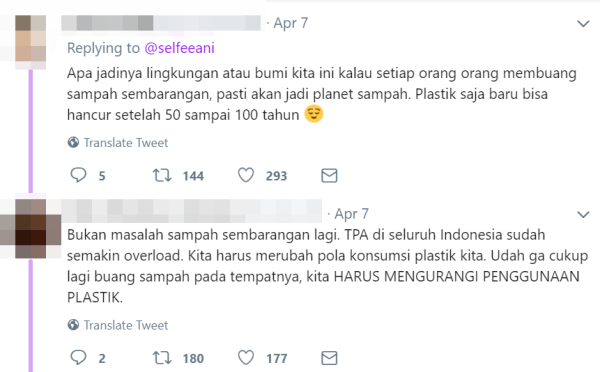 Another reply even shared a similar discovery that was made last year. The tweet roughly translates,

“Back in 2018, an old shampoo sachet from the ’80s was found at a beach. It’s safe to estimate that this plastic waste is more than 30 years old and has not broken down at all despite spending years floating out at sea.” 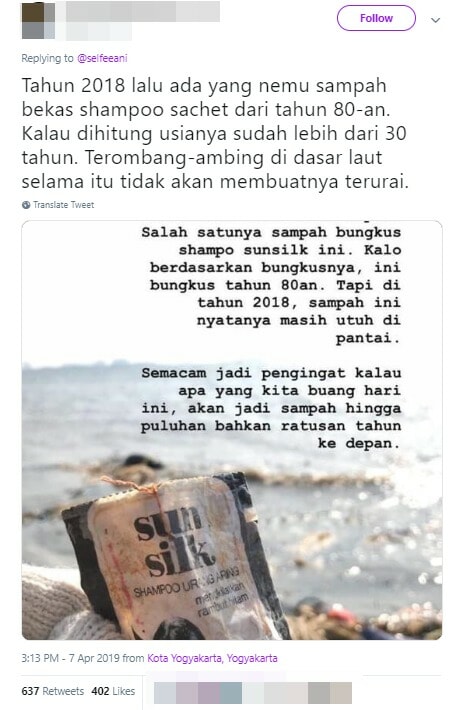 In a recent report by the United Nations Environment Programme (UNEP), it said that much of the plastic we use are single-use plastics, which are thrown away after only one use. This is why plastic packaging makes up about half of the world’s plastic waste. According to their predictions, there will be around 12 tonnes (approx. 12,000kg) of plastic waste in landfills and the environment by 2050 if current waste management practices continue.

It’s time we dispose of our trash more responsibly. Let’s also hope that governments and other relevant authorities take action to reduce the production and use of non-biodegradable products in order to better protect our environment! 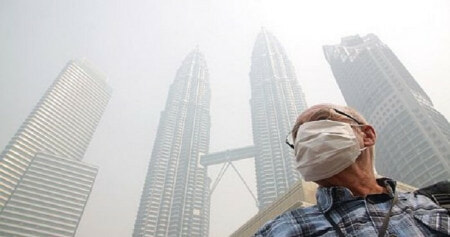