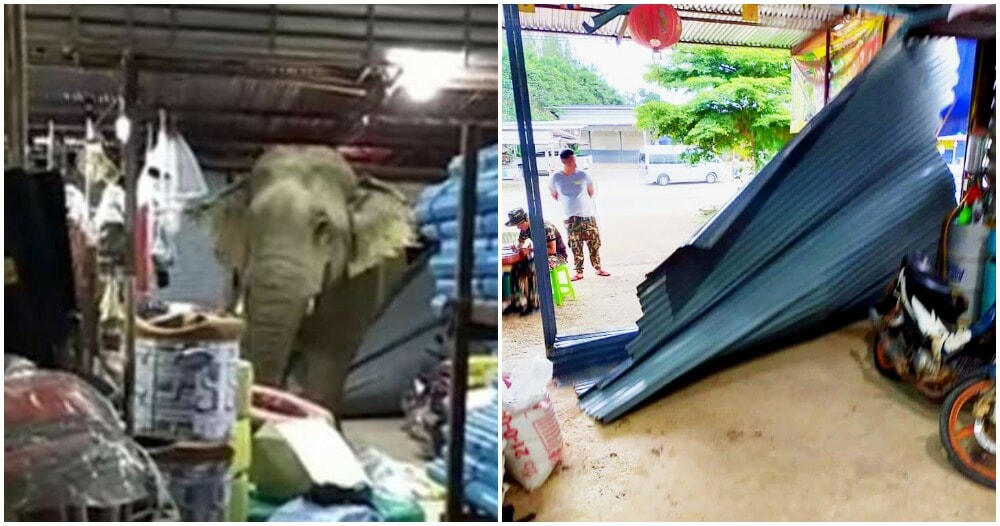 In case you didn’t notice, it’s currently the Durian season. D40, Musang King, Black Thorn, Red Prawn and so many others that just taste so delicious and despite what SOME people may say, smells heavenly.

7th July was an eventful day for Siriphon Kerdsuchon, the owner of Dao Kaset Pa La-U when an elephant broke into her store for the first time and stole more than 10 durians! 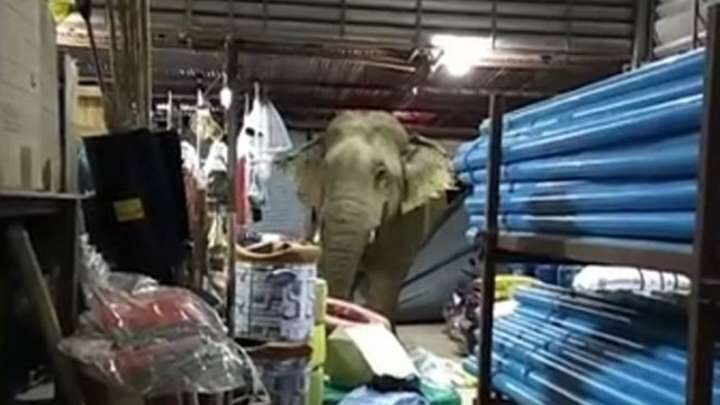 New 18 reported that the elephant believed to be from Kaeng Krachan National Park first broke into the agricultural supply store on 7th July. Unable to resist the durian smell, the elephant broke a metal shutter costing THB12,000 (RM1,625.34).

Not content with that, the mischievous elephant came back that night for a second-round and destroyed the newly repaired shutter again! 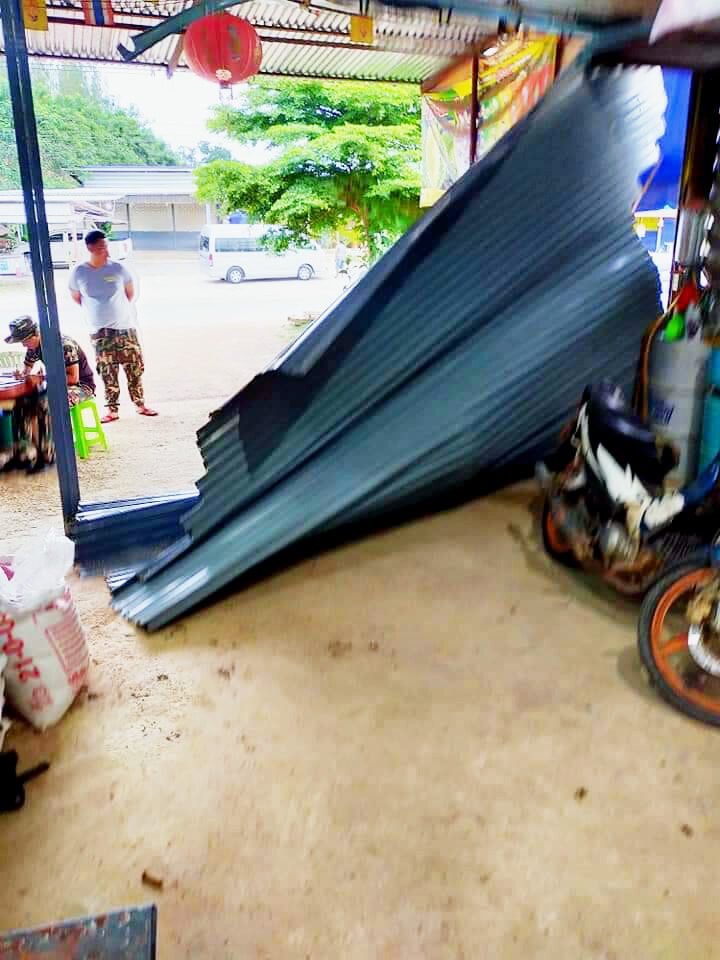 More than 10 durians worth thousands of bahts disappeared but Kerdsuchon was ready with her phone to snap some pictures of the perpetrator. Park ranger Jiranun Sawatkul said today that they’re investigating the case and collecting evidence. 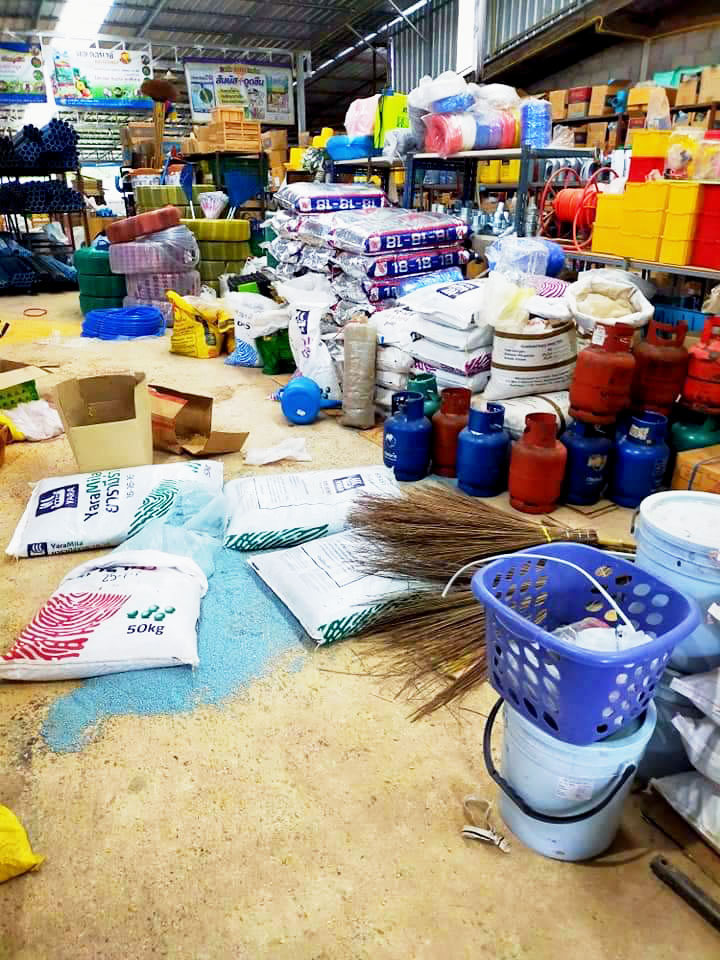 Despite suffering from losses, Kerdsuchon was gracious and simply said that everybody has to “tum jai”  and just bear with it as the animals and the vendors in the national park have co-existed for 15 years. If she were to receive any compensation, she would need to seek approval from higher officials as their funds are not large.

So, throughout this were you wondering how exactly do elephants eat durians?

Obviously, they don’t have the dexterity nor the limbs to grab a knife and cut the durian. According to Year of The Durian, they eat it by dropping it to the ground and squashing it with one foot.

Then, they chew the durian, including its thorny skin! 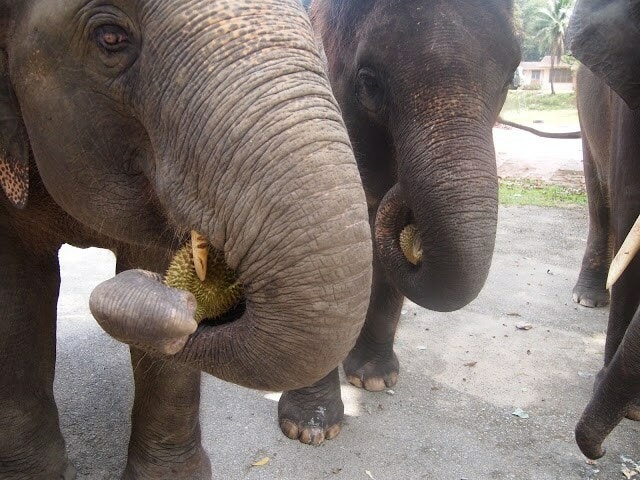 Elephants take their love for durian to the next level!

What do you think of this durian-crazy elephant? Let us know in the comments section!

Also read: Have You Wondered Why Durians Smell The Way They Do? Here’s The Truth