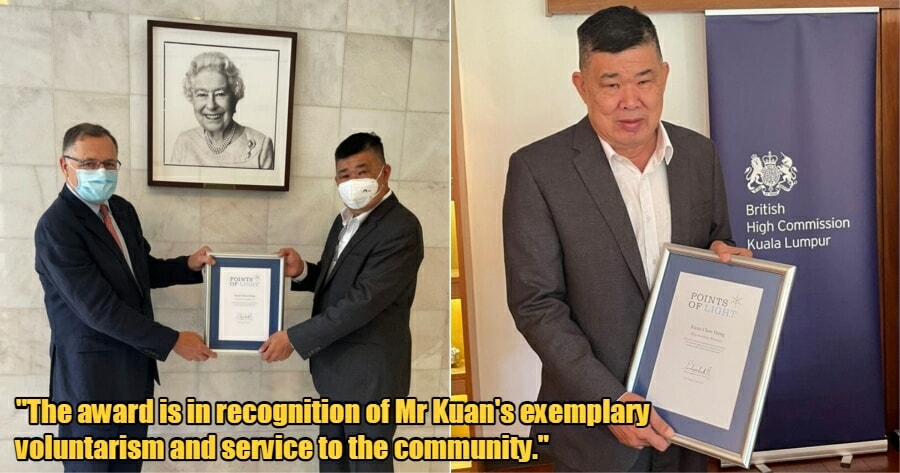 Kuan Chee Heng, aka Uncle Kentang, have always been well-loved by Malaysians for being a generous philanthropist who helps as many people as he can.

Which is why it’s amazing to know that his efforts and generosity is being recognised by the Commonwealth with the Points of Light award.

The British High Commission Kuala Lumpur took to their official Facebook page to share the presentation of the award to Uncle Kentang. 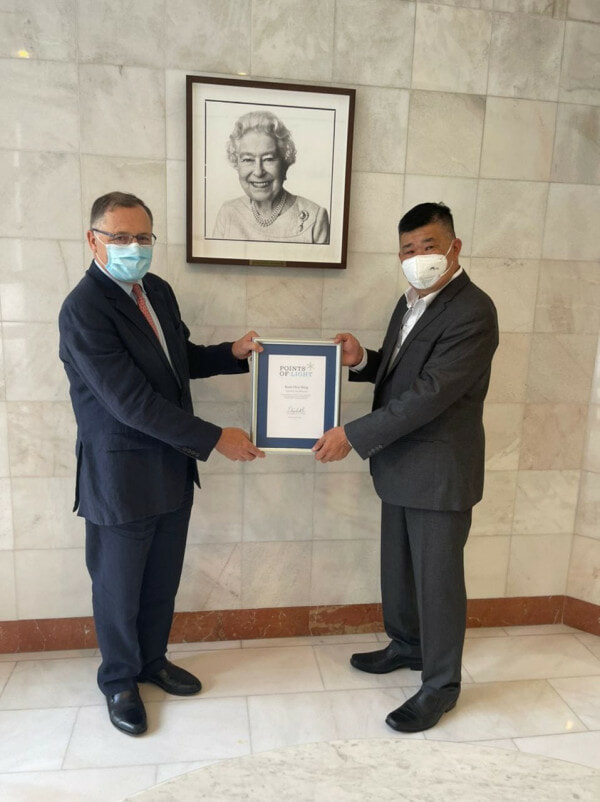 They wrote, “British High Commissioner to Malaysia, Charles Hay, today presented Mr Kuan Chee Heng (a.k.a @马铃薯叔叔日志 Uncle Kentang) the Commonwealth Points of Light Award, on behalf of Her Majesty The Queen. The award is in recognition of Mr Kuan’s exemplary voluntarism and service to the community, especially to the urban poor, the underprivileged as well as the indigenous orang Asli community.”

For those of you who are wondering, the Commonwealth Points of Light award have been made by Her Majesty The Queen, as Head of the Commonwealth, to show appreciation to those who have gone above and beyond in supporting their communities. 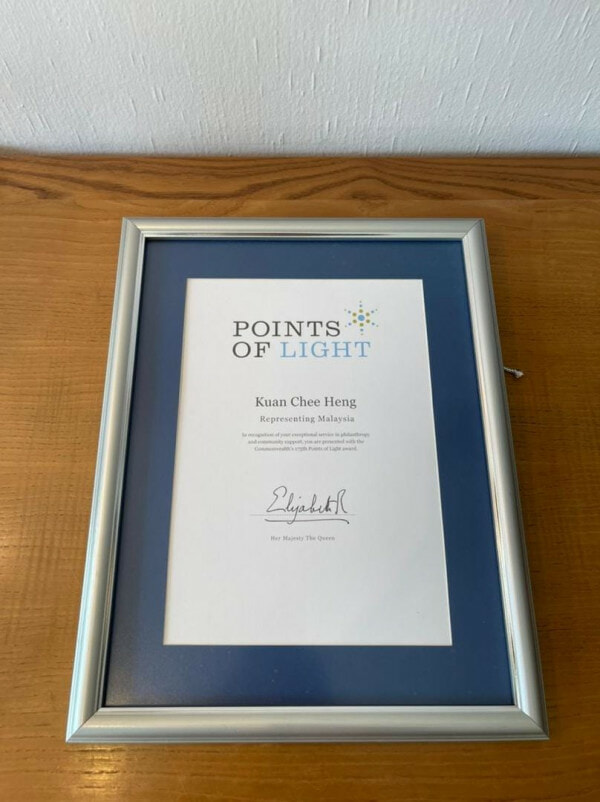 The past winners from Malaysia include Chen Pelf Nyok, Khor Sue Yee and Aurora Tin.

Uncle Kentang has since shared his appreciation to everyone who has helped him in his journey towards becoming the philanthropist that he is today. 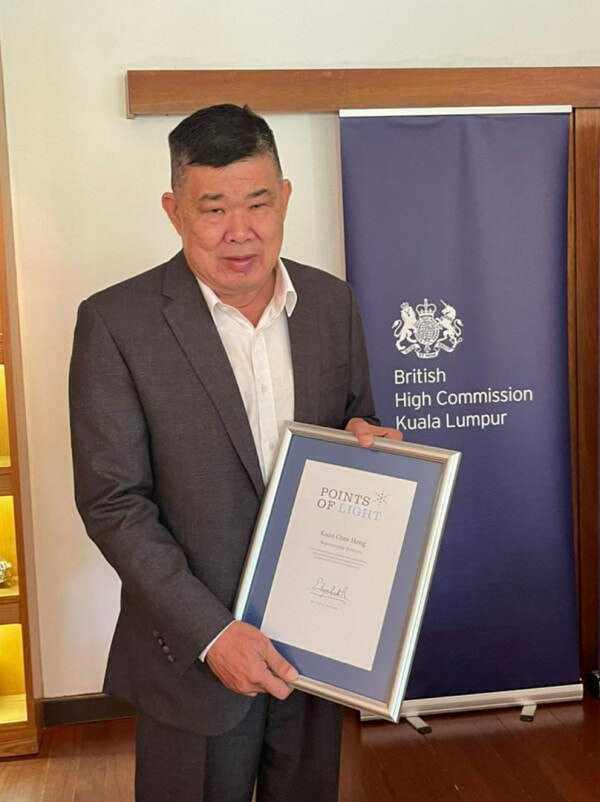 “Without your participation, the potato family and team would not have been able to vigorously promote poverty alleviation programs in the past few years, especially during these two years when the Covid-19 pandemic rages on, and help the countless families in need to survive hunger and difficulties,” he said.

Congratulations, Uncle Kentang! Your hard work and dedication to our community are very much appreciated and we can only wish that there were more like you out there. 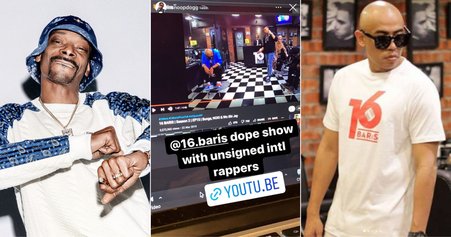