Not all of us know what we want to do for the rest of our lives during our final schooling year, so it’s understandable for things to seem rather daunting when you take that first big step into the real world. Many of us also feel the pressure to study and graduate by a certain age in order to keep up with the majority, but does that mean that this is the only path set out for us?

After taking a break from formal education at 18, she set out on a quest for knowledge, interviewing nine top international leaders who made an impact in their communities and even published her first book titled “The Pheonix Perspective” documenting the advice and ideas she gained from her journey so far. What’s more, she’s even become the first Malaysian winner of the Pioneer Tournament for young entrepreneurs!

WORLD OF BUZZ had a chat with Eibhlin about her accomplishments, what inspires her, and what’s next on her agenda. Here’s what she had to say;

What made you want to take a break from education? Did you have any solid plans in place before doing so?

“I wanted to start a digital journalism workshop for disadvantaged youths in Malaysia because I had hoped that teaching them journalism skills could provide them with an additional skill set and career option in the future.”

“I did not know how to start and run a digital journalism workshop for disadvantaged youths but I spent the next few months researching how I could realise my dream. I looked for individuals who had previously organized something of this sort and reached out to them to learn about their experiences and to seek their advice.”

“I pieced their advice together and then for the rest of it, I figured it out as I went along.”

“Half a year after taking a break from formal education, I ran my first digital journalism workshop for disadvantaged youths in an orphanage in Selangor and it went better than I had expected!”

In 2014, Eibhlin also started her own online publication called Pheonix Newsletters, a monthly online publication for students featuring the life stories of inspiring individuals from around the globe to encourage young people to give back to their community.

However, she realised that while this newsletter had over 7,000 school and university student subscribers, it was not really accessible to those who needed it.

How did your idea for “The Phoenix Perspective” come about? What inspired you to start this book?

“I was running Phoenix Newsletters at the time and received numerous requests from teachers and students to make these stories available in print form as some of the students did not have constant Internet access and they wanted to read these stories too.”

“I looked into ways that we could make these online stories available offline and it turns out one of the more durable yet economical ways was through a book. Thus, I decided to write a book featuring some of the most-loved newsletter stories along with some additional ones.”

Writing the book was certainly no easy feat as Eibhlin took a total of 13 months to write it but had to make way for her studies at the University of Chicago, USA. She interviewed nine inspiring individuals, some of whom were previously featured in her newsletters, to include more detailed versions of their stories. Among these individuals include Tom Chi (the creator of Google Glass), 104 Job Bank founder Rocky Yang, and Jaan Tallinn, the co-founder of Skype.

However, the entire process wasn’t entirely smooth either, as the 23-year-old encountered a lot of obstacles before becoming a published author.

What were some of the biggest challenges you faced during the process of creating “The Phoenix Perspective”? How did you overcome them?

“I was really lucky and thankful to receive a book publishing deal from a leading publisher in the region who has published Jack Ma’s, Robert Kuok’s and Li Ka Shing’s biographies.”

“I was really excited to have the opportunity to work with them and was looking forward to finally being able to share these stories that inspire me so much with other youths, especially the urban poor and rural students without Internet access.”

“I was also planning to raise funds for my college education through the sales of the books because I wanted to help reduce my mum’s financial burden – she has been the single breadwinner of my family for the past 10 years after my dad was diagnosed a neurodegenerative disease. Additionally, his current monthly medical bills are very high.”

“Unfortunately, it turns out that the author buy-back price per book from the publisher was too high. I knew that most students I was working with would not be able to afford it and even more so if I added a small profit on top it. So, I had to turn down their offer.”

“I started looking more into the self-publishing route and discovered that I could produce a book at a relatively cheaper price. However, that meant I had to figure everything out on my own and then put everything together by myself, too.”

What was the most valuable lesson you’ve learned from this entire process?

“Determination, fearlessness, and perseverance. Having to figure out the whole process of publishing a book by yourself can be extremely daunting and stressful at times.”

“I learned to take each step at a time. I am also super thankful to have a very supportive family who cheered me on every step of the way and who took the time to help me read through my early drafts and ‘teman‘ me to the printing factory visits.”

On top of becoming a successful author, Eibhlin also recently won a start-up competition based in Silicon Valley called Pioneer, providing her and five other winners a grant totaling to USD$11,000 (approx RM44,700) to help them fund their respective projects. She shared her experience of participating in a competition of that scale and her future plans.

You also recently became the first Malaysian to ever win Pioneer, a Silicon Valley start-up competition. What was the entire experience like?

“I never expected that I would win this competition because some of the other participants had very high-tech, sophisticated projects such as such as AI traffic lights, watches for the blind, etc.”

“However, I joined it because I love how it is open to anyone around the globe and how the weekly goal-setting and update submissions helped to keep me accountable to my goals. In turn, this also helped accelerate my project’s progress. I also enjoy exchanging ideas with the other participants and have learned a lot of new things from them.”

“Even though I did not win the first time I joined it, I continued to participate because I just love being a part of it. Surprisingly, I made it as one of the finalists and was selected as a winner!” Congrats!

What’s next on the horizon? Where do you see yourself in the next 5 years?

“Hopefully, I would have earned my undergraduate degree by then!”

Any advice for young Malaysians who aspire to be entrepreneurs but don’t know where to start?

“One of the best advice I have ever received when I first ventured into the start-up world is to go and get an internship or job before you start your own project or company.”

“We read about 12-year-old CEOs and people in their twenties leading multimillion dollar companies quite frequently nowadays but the truth is, it’s tough starting and running your own thing. I am very thankful for the internships that I have had because I have learned and grown so much from them. Just observing how my bosses and seniors make daily decisions and tackle crises is an invaluable lesson in itself.”

We definitely commend Eibhlin for her dedication to empowering young Malaysians to chase after their dreams!

Interested in checking out “The Phoenix Perspective” and get inspired? You can check it out for yourself at any BookXcess outlet or get it online here. What’s more, you can even enjoy an extra 20% off if you use our WORLD OF BUZZ discount when you purchase it online. Just key in the ‘WORLDOFBUZZ‘ promo code to access this extra discount! (This code is valid until 31st March 2019). 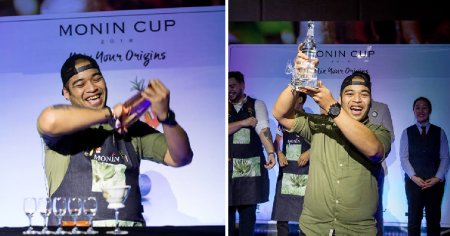