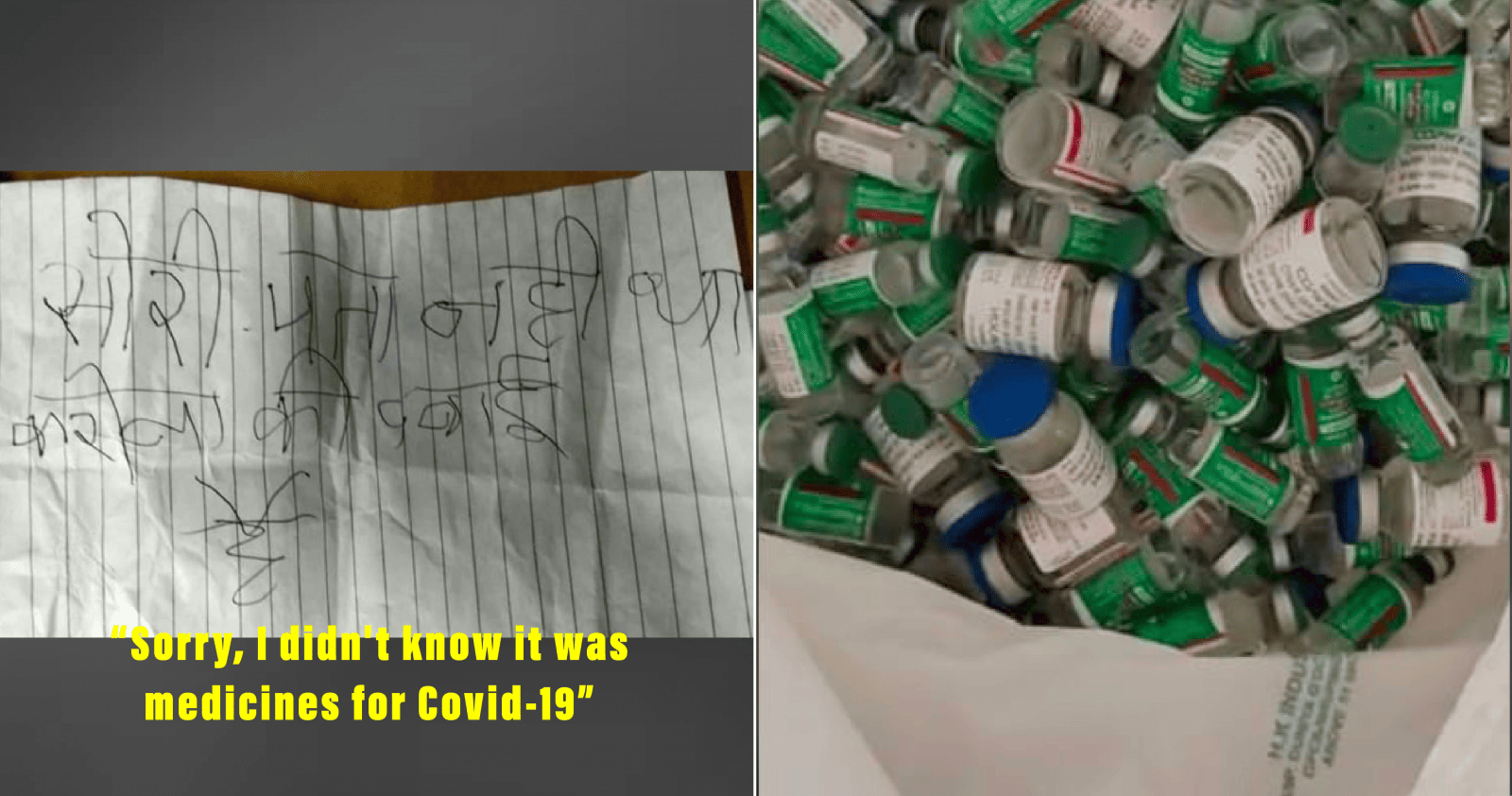 Understandable, have a nice day.

One of the weirdest theft cases happened in India recently whereby a stolen bag filled with 1,700 doses of Covid-19 vaccine was returned to the hospital with a note saying ‘Sorry, I didn’t know it was medicines for corona’ written in Hindi on it. Err, okay..

As reported by NDTV, the bag of vaccine was stolen from a government hospital in India’s Jind district. The bag contained 1,270 doses of Covishield (Oxford-AstraZeneca) and 440 doses of Covaxin (developed by Indian pharmaceutical company Bharat Biotech) was stored at the hospital’s storeroom previously. 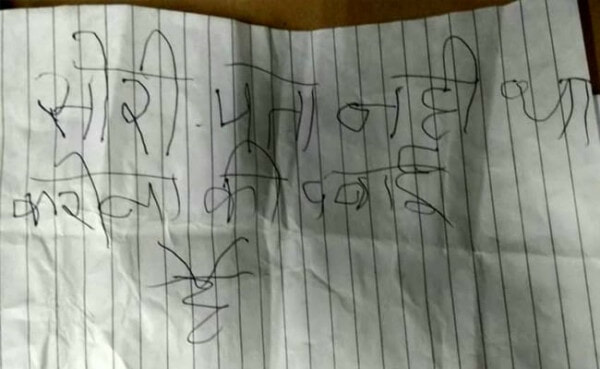 The note on the returned bag saying, “sorry, i didn’t know it was medicines for corona,“ in hindi.

It seems that the unknown perpetrator had a change of heart after he realised that the bag contained vaccines for the Covid-19 virus that has been ravaging the world. The country recently faced a ‘tsunami’ of Covid-19, to a point that hospitals are overrun and had to turn patients down, as reported by Reuters.

The Haryana’s Rajind district police chief Rejender Singh said that investigations has been launched to find the suspect. He further commented,

“The accused did not touch any other vaccine, medicine, cash, etc. in the store. It is possible that he wanted to steal some other vaccine or drug and returned what he had stolen after learning that it wasn’t that,” 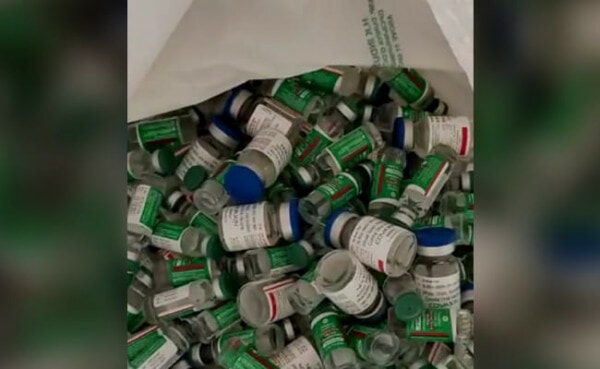 The bag was returned at a cafe close to a police station near the hospital. Furthermore, when he put it there, the suspect told the cafe staff that the was dropping off food for officers

Well, regardless whether he returned it or not, the perpetrator did in fact commit a crime hence he will face justice should the police catch him. What do you guys think of this incident? Share your thoughts with us in the comments section. 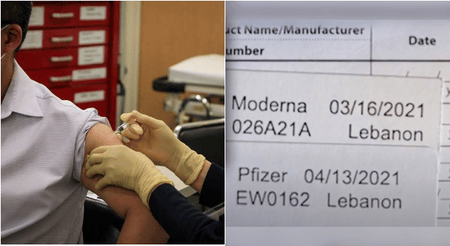