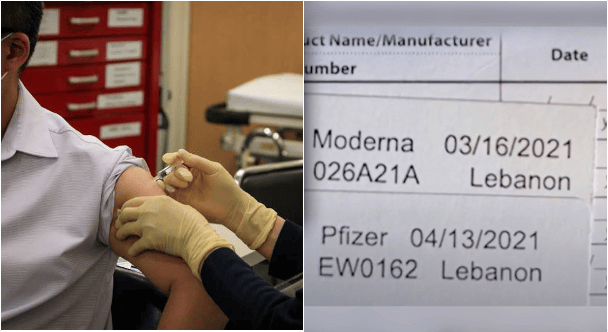 An unusual incident occurred during the Covid-19 vaccination program in New Hampshire, United States. A man named Craig Richards was injected with both the Pfizer and Moderna vaccines. According to a New York Post, Craig received the first dose of the Moderna vaccine on March 16, 2021. The medical personnel then accidentally gave him the Pfizer vaccine for his second dose on April 13, 2021. The medical personnel realized that he had given the wrong vaccine only after the dose was administered.

Craig looked at the medical personnel and told him that he had given him the wrong jab. After noticing the error, the medical personnel immediately went away, only to return with his supervisor after that. According to the supervisor, Craig will actually be fine and he is fully vaccinated. However, Craig remains anxious because even having one brand of vaccine can lead to some side effects, let alone two.

The Ministry of Health in New Hampshire chimed in and explained that mixing both vaccines was fine, even though it is not ideal. The Centers for Disease Control and Prevention (CDC) said that the same brand must be used during vaccine injections. However, the CDC said that if two different Covid-19 vaccines were used (which both use mRNA technology), that person would not need to be injected again.

Fortunately, both Moderna and Pfizer vaccines use mRNA technology. The Ministry of Health also mentioned that CDC also recommended mixing the vaccine brands if the one used for the first dose is no longer available during the second dose. At the moment there are no clinical studies on whether the mixed vaccine will be as effective as a two-dose vaccine of the same type, but mixing it can still provide protection so a third dose is not needed.

Hopefully, no such incident will occur during our vaccination rollout.

Also read: Pfizer Vaccine Recipients Will Most Likely Need A 3rd Dose Within A Year 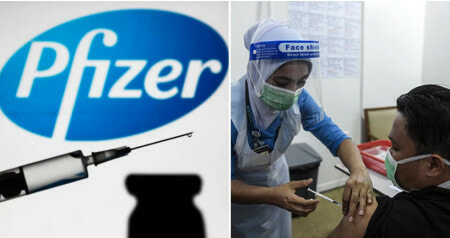