Its that time again. One of your friends or relative birthday is just around the corner and its back to stressing for gift ideas. For most people it’s usually a hassle process especially when trying to go off the norm of a standard birthday gift.

Tie for the guys and H&M gift cards for the girls. Sounds familiar?

Well, if you’re looking for that “unique” gift, then welcome to the humble emporium of tinplatestudios, an Etsy shop run by talented sculptor, Anthony Hicks from Seattle. If you’re one of those odd collectors, then this is the perfect place for you too. His work consists of Steampunk ray guns, respirators, odd gadgets, and masks as well as disturbing cryptozoological anomalies under glass − most of which are made of wires, polymer clays and Papier–mâché.

How about a mummified faerie as a gift? Now that’s an unforgettable surprise! Let’s have a peek in his unusual emporium. 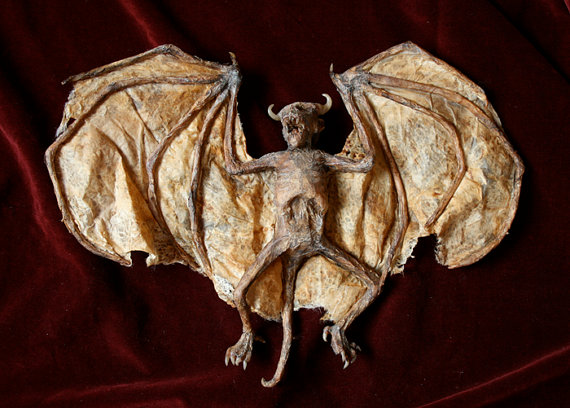 This particular specimen happens to be a Lesser Garden Daemon. They are known for their complete and utter lack of anything approaching personal hygiene, their penchant for consuming small, noisy house pets and their disturbing habit of making obscene sculptures out of garden vegetables. 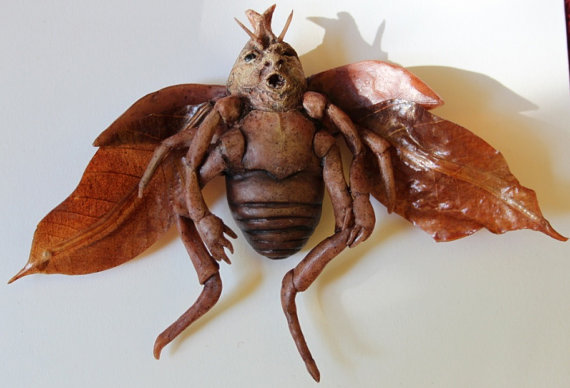 The Beetle Imp is a particularly ill-tempered Fey pest which takes fiendish glee in bedeviling well-bred. To the Coléoptère Diablotin the expansive manses of the continent and isles are like gilt caverns, brimming with exquisite things to break, scenic chambers to set alight, and sensitive upper-crusty sorts to torment and drive mad. And, a Beetle Imp takes to destruction and chaos like a platypus takes to, well, whatever it is that a platypus takes to. 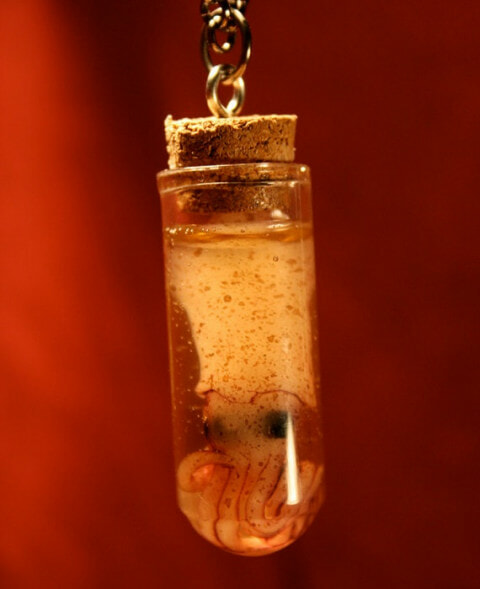 Ah yes! Krakens under glass! Need them? We most certainly have them. And now we have one trapped in a wee test tube with an appropriately dainty cork to prevent him from escaping, diving into your teapot, and becoming an unwelcome addition to someone’s cuppa! 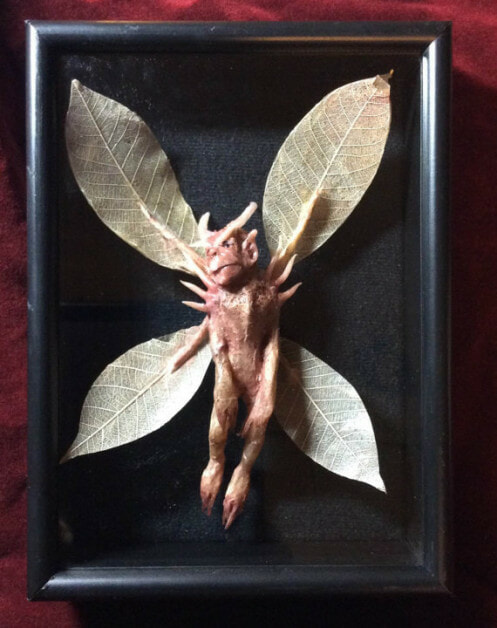 Faeries are the grand jackanapes of the cryptozoological world, and they mean us no good! These little monstrosities would just as soon switch your head and posterior, and turn all your efforts at vocalization into Sousaphone solos. This little imp appeared a wee jolly fey, frolicking amongst the bluebells, until he tried to nip off me nose! Off he went into the gaseous aether of the specimen jar…and as an extra precaution, mummified toot suite! 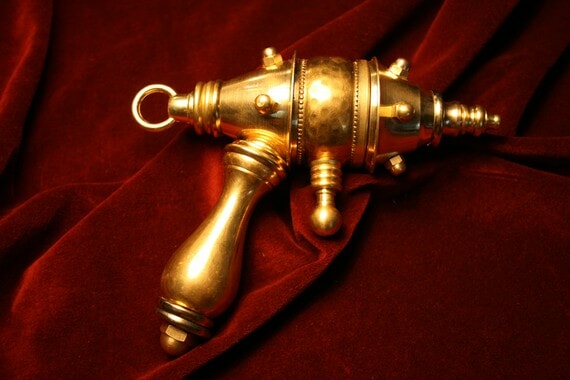 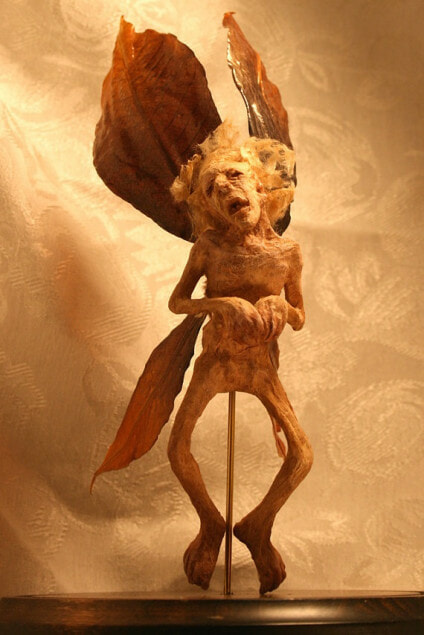 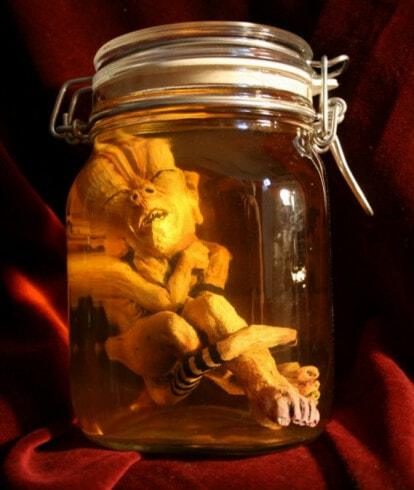 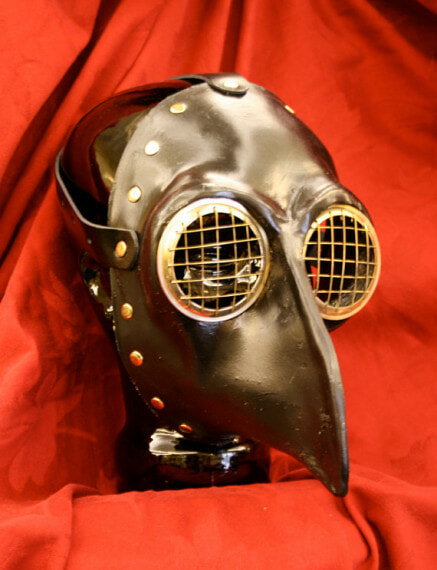 Are you concerned about the Venusian Plague weeding out your garden parties this season? Well, worry no more. We’ve just the panacea for you! It comes in the form of the Corvus Plague Masque. Just hand one out to each of of your guests and they’ll be happily wot wotting until the crows come home! 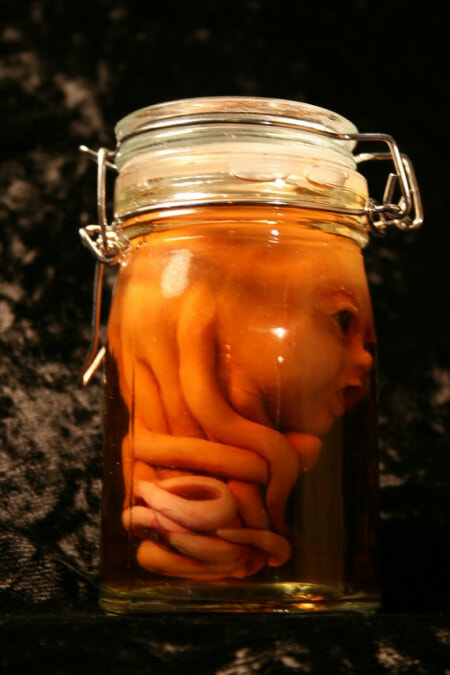 It must be something in the water! Tinplate Studios is now able to offer a somewhat larger Homo cephalos. Actually, it’s three times larger than its robust cousin and slightly less likely to lodge itself in your esophagus! Adopt one today, there are even more tentacles to love. 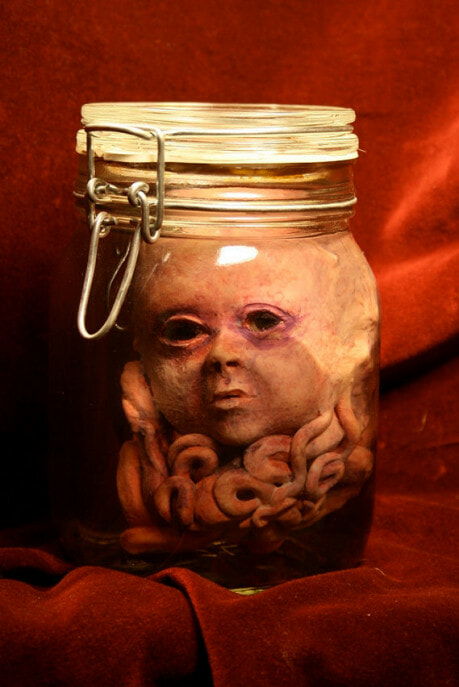 Unlike its smaller brethren, this Homo cephalos floats freely in his jar. Be warned this means his visage will follow you about the room, except when he’s in a snit and turns the back of his rather gnarly head to you. We claim no responsibility for what he’s up to during his Dark Lord Moods. 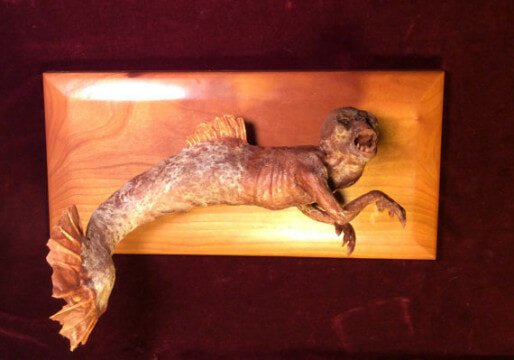 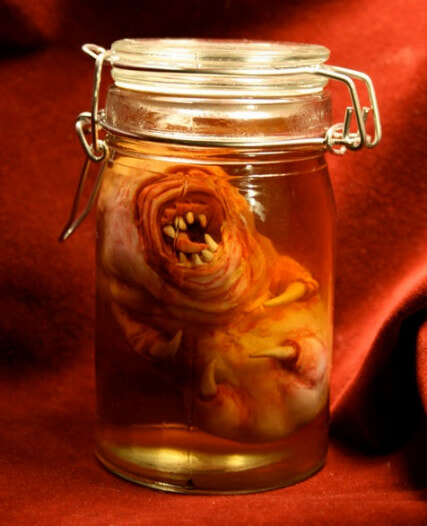 If its darling little claws don’t work their way into you, then its horrifying dentition will! 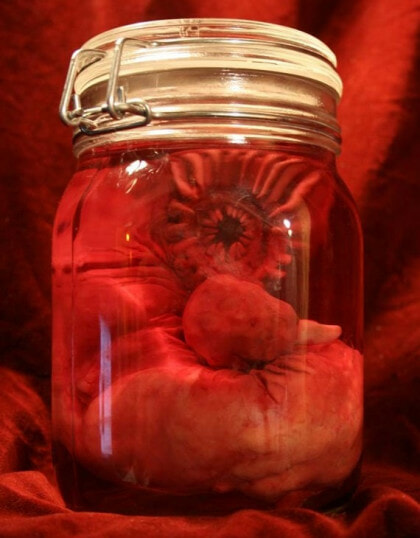 In this particular case it was a stunning example of Stimson’s Parasitic Bloat Worm. This handsome and affectionate specimen was burying it’s head between my scapulae and working it’s way into my flesh when I discovered it. Charming wot?
Now this magnificent creature is available to you! Who could resist it! From it’s glistening, toxin packed stinger to it’s grinning radula, the Stimson’s Parasitic Bloat Worm will burrow it’s way into your heart.

Head of the Mummy Baraka 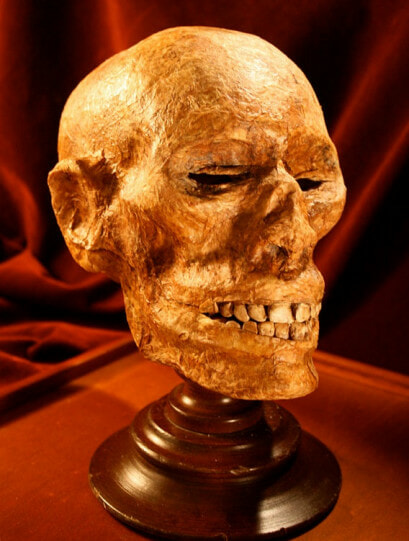 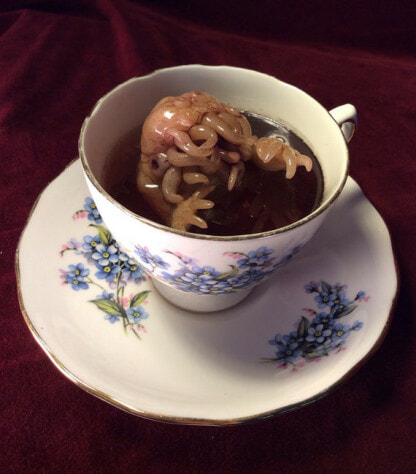 Yes, yes, you erudite rapscallions, I’m well aware that Octosapien is a bit of a misnomer. It basically means “eight man”. But it sounded much spiffier than tentacle-headed Tentacle beast who causes squalls in tiny bodies of liquid. 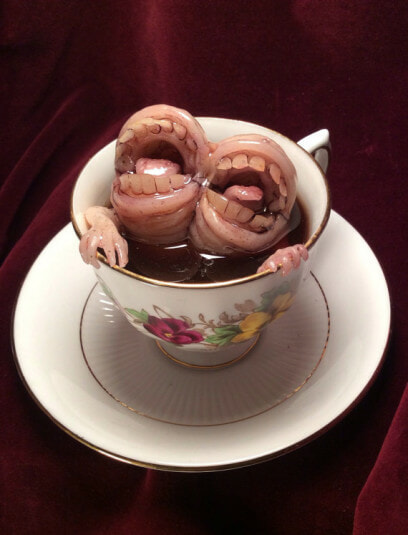 It has occurred to me that one of my blinding paroxysms of genius may have actually been a fit of the horrors brought on by Professor Sombra’s parasite laden bouillabaisse!
Well, even if the Two-Headed Homunculus was a phantasm born of internal distress, the Two-Headed Homunculus is in every way more charmingly disturbing than the one-headed variety. Who’s heart and gall bladder wouldn’t melt at the sight of two tea-obsessed, smiling cephalons chattering at you from one pulpy, translucent body? Certainly not mine. Travesty in a Teacup, Teatime for Cthulhu or Sotong