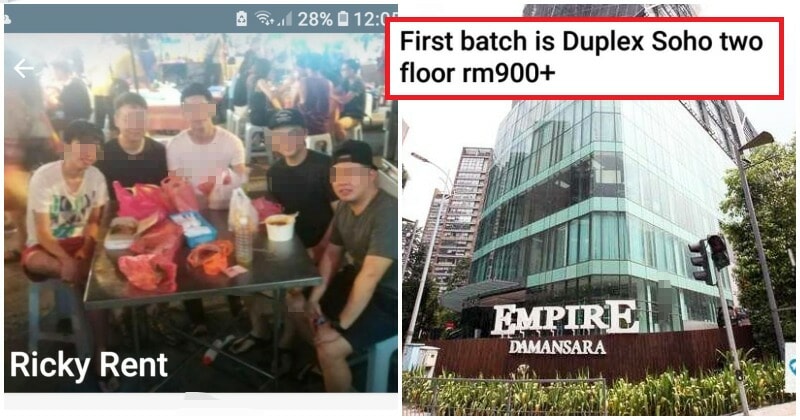 With modern technology and social media thriving now more than ever, it’s not surprising that scammers have been getting more creative with ways to cheat people of their money. One such property scammer has been fraudulently renting out properties in Empire Damansara and Shah Alam to various members of the public, and we want to make sure everybody stays informed so we can bring this fraud to justice!

An anonymous source, who wants to be known only as Ms. Tan, shared with WORLD OF BUZZ the story of how she almost got scammed into renting a room in Empire Damansara by a man who goes by the names of Luke/Ricky. 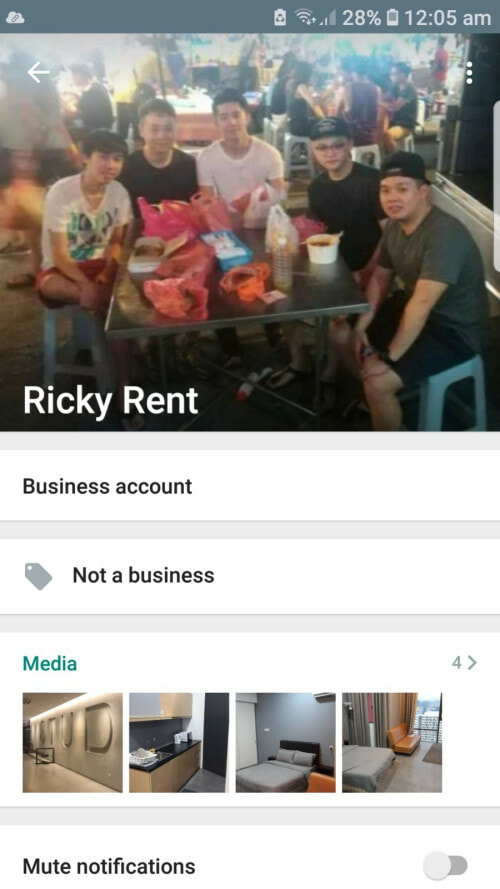 Ms. Tan reportedly found an affordable studio on ibilik for Empire Damansara that was way below market price and the pictures even revealed a fully-furnished unit. 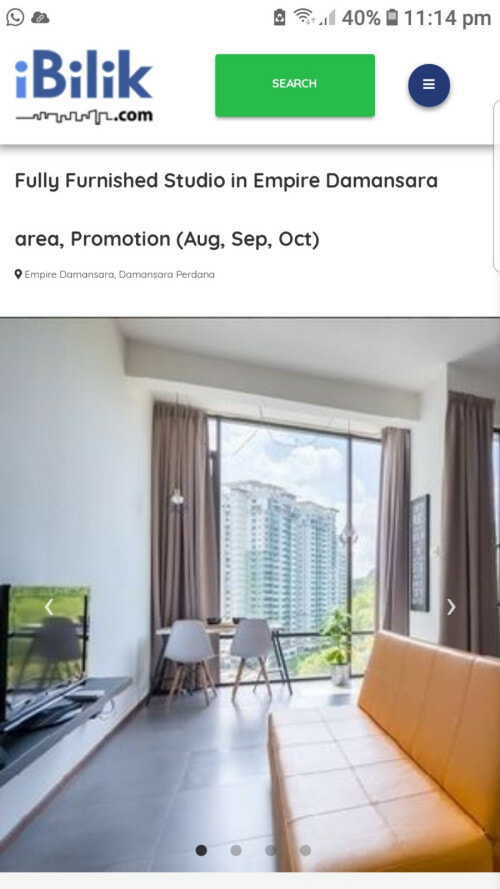 Interested in the offer that seemed almost too good to be true, she contacted Luke, the person who was supposedly in charge of renting out the room. However, “Luke” did not respond. Instead, a man named “Ricky” contacted Ms.Tan on Whatsapp. 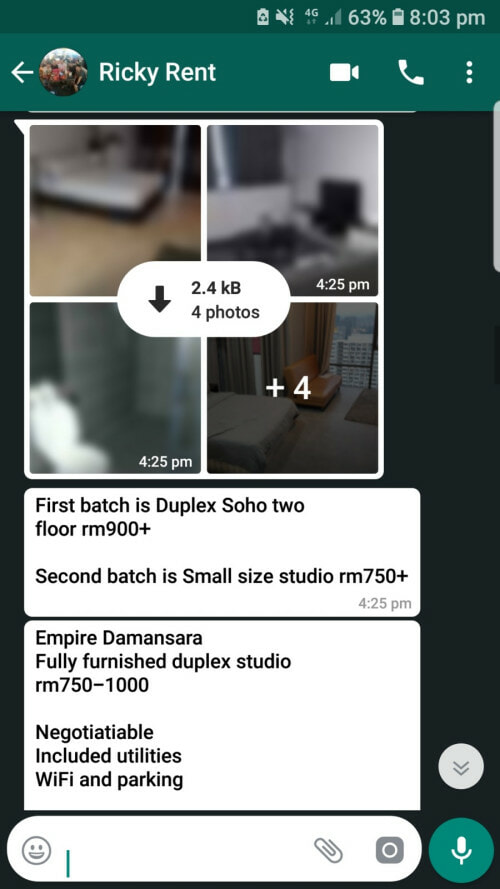 While she tried countless times to arrange a viewing appointment with Ricky, he would always make excuses to cancel last minute. She couldn’t even call him as he was only responsive to Whatsapp messages. When it seemed as though he had finally agreed to meet her, Ms. Tan found out that she had stumbled upon an ongoing property scam!

Thankfully, Ms. Tan discovered the scam before putting down any form of deposit.

However, she does have a few words of advice for those who are looking to rent out rooms in the Empire Damansara/Shah Alam area. Watch out for these warning signs! 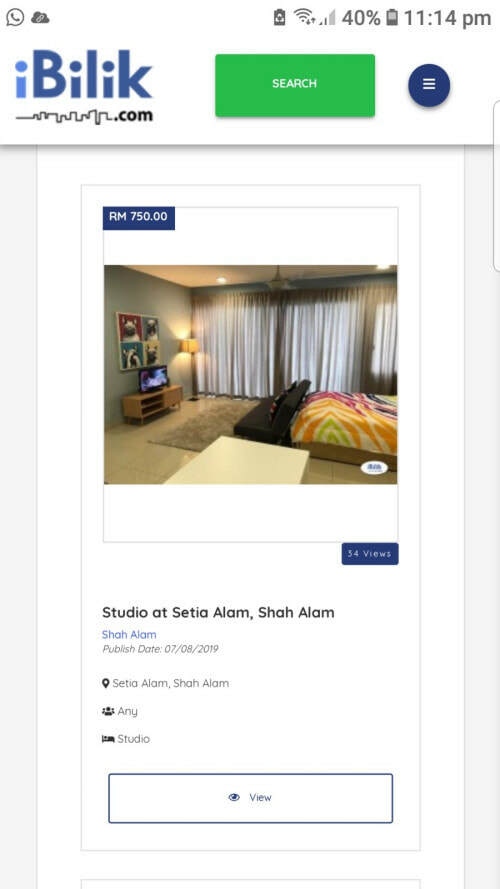 2. If the person of contact refuses to accept phone calls, do not engage further with them.

Ms. Tan says her scammer was not only unreachable on the phone, but he would also reject Whatsapp calls while they were texting online. He’d say he was either in a meeting with a client or was too busy to have a call during that time. She added that Ricky would only reply her at odd times and reject her requests for a different number to contact. Apparently, the scammer’s number that was used to contact Ms. Tan wasn’t even registered! 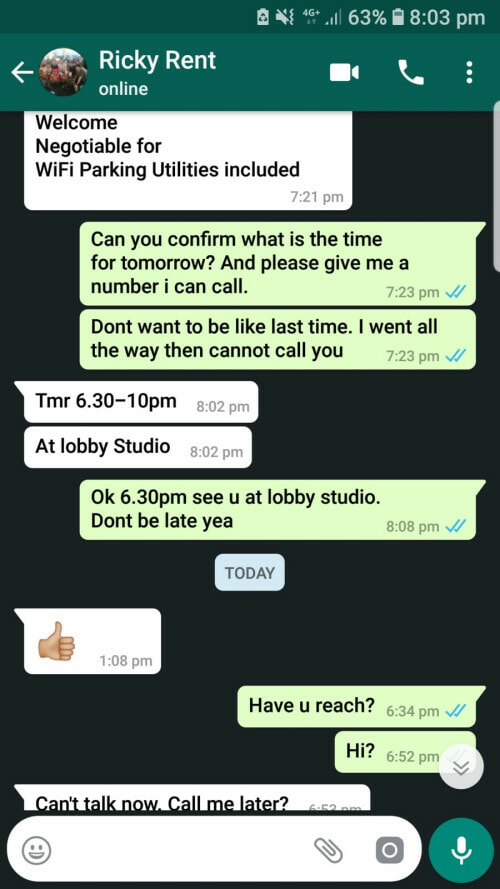 3. Be wary of owners that only arrange meetings through 3rd party agents.

When Ms. Tan finally managed to arrange a viewing for the unit, she showed up and waited hours for Ricky but there was no one in sight. There was only a 3rd party agent who said he was hired based on a friend’s recommendation. It seemed as though he was there to bring another potential client to view the same unit!

However, the actual owner of the unit arrived at the scene and explained to everyone that this wasn’t the first time “Ricky” had tried to scam people using his property. The rightful owner said he rented the unit out as an Airbnb. However, Ricky would hire 3rd party agents to book the unit and other agents to meet with potential clients so he wouldn’t be caught.

The frustrated owner said he had to deal with the aftermath of cheated clients who paid deposits that would go up to a few thousand ringgit. He has launched police reports many times and even tried to catch Ricky by pretending to be a client but this scammer just never shows up to any of the appointments himself. 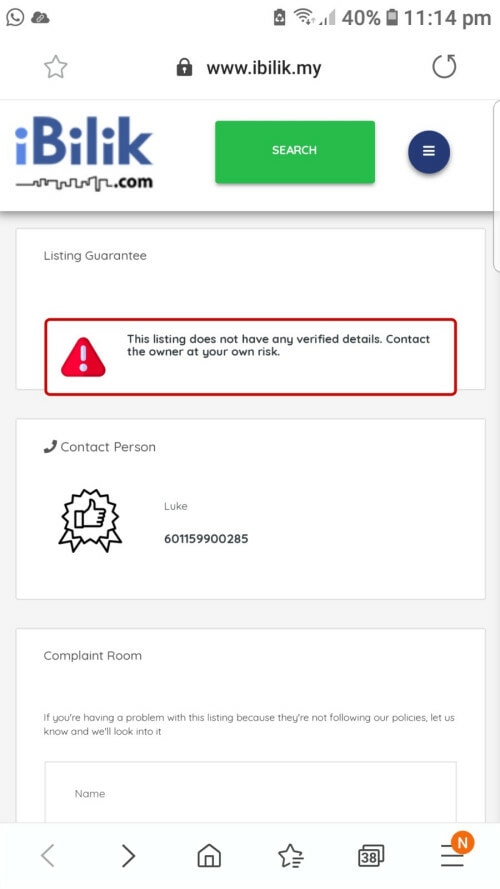 We urge all netizens to be careful when booking/renting rooms around these areas as this scammer is still out there! Plus, maybe netizens have experience the same type of scam when finding a place via iBilik. So, always be careful and do your research before agreeing to put down a deposit. 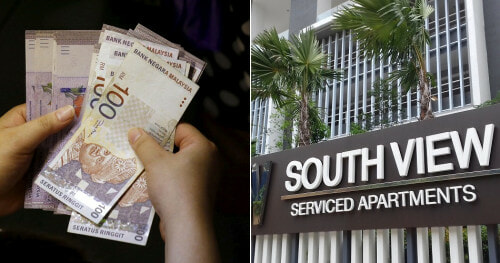