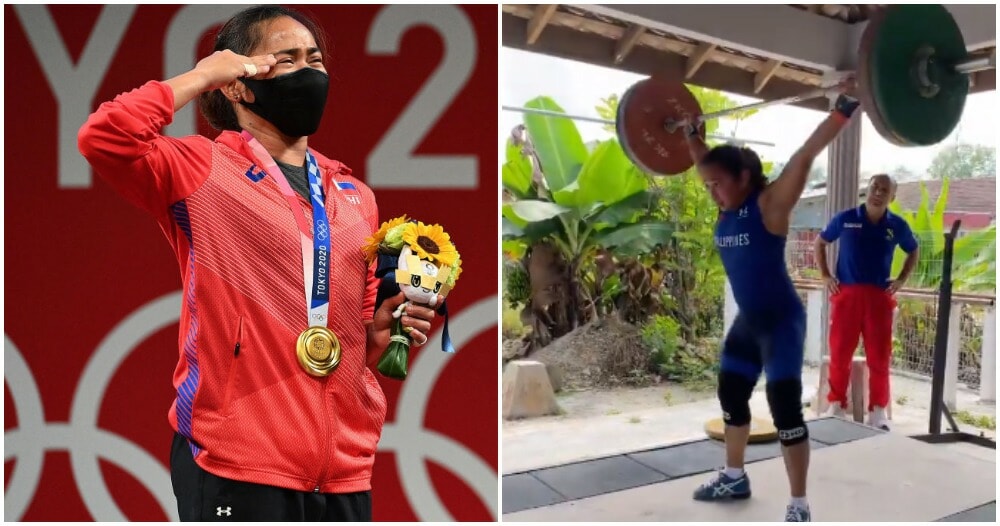 On 26 July, Filipina weightlifter Hidilyn Diaz made history when she took home the Philippines’ first ever Olympic gold medal. During her set, she was able to perform a 97kg snatch and a trio of 119kg, 124kg and 127kg in her three clean and jerk attempts, reported CNA.

After her win which had set the Olympic record, she stood on the podium in the first place and saluted the national flag while crying to the Filipino national anthem, Lupang Hinirang.

30-year-old Hidilyn Diaz is the daughter of a trishaw driver and she stayed in a poor village near Zamboanga, reported AFP. Before becoming an athlete, she was a Philippines Air Force servicewoman. In the Rio games in 2016, she managed to get a silver medal for weightlifting and from then on, she was determined to get a goal in Tokyo 2020.

In order to do so, she came over to Malaysia in February 2020 to focus on her training. A few weeks later, they were faced with uncertainty over the Covid-19 restrictions that were put into place as gyms were closed and they did not have the proper equipment. For months, they had to train very carefully in a condominium to avoid cracking the floor tiles with their heavyweights.

Be it as it may, Hidilyn Diaz never stopped training and she even raised money through online training sessions just so that she is able to send care packages to the less-fortunate people back in the Philippines.

In October 2020, she moved to a Malaysian weightlifting official’s house in Jasin, Melaka. She started training in a gym nearby until it was closed in accordance with the tightened government SOPs. Having no choice, the athlete then started training at the back of the official’s house, on the porch. As we all know, Malaysian weather is can be really warm and humid and Hidilyn had to face all of that on the open-air porch. 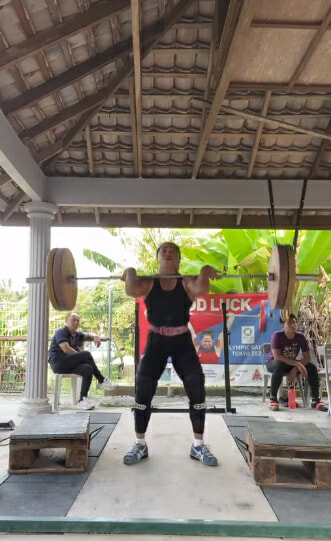 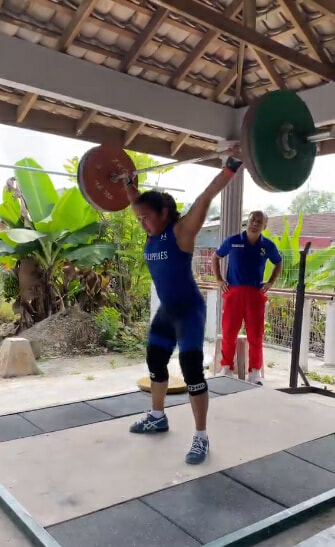 According to the Philippine Daily Inquirer, she said:

Her hard work paid off and she won the first-ever gold medal for her country, the Philippines.

“I sacrificed a lot. I wasn’t able to be with my mother and father for how many months and years and then, of course, training was excruciating. But God had a plan.”

Take a look at the hands that lifted the Philippines atop the podium.

Diaz said there are more wounds that we don’t see.

Other than that, she also thanked Malaysia!

“To all Malaysians, Melaka and the people who have helped me, thank you so much. We would not survive the last year and this year without your help.”

Congratulations to Hidilyn Diaz! We would also like to thank the people who have helped her get to where she is right now. 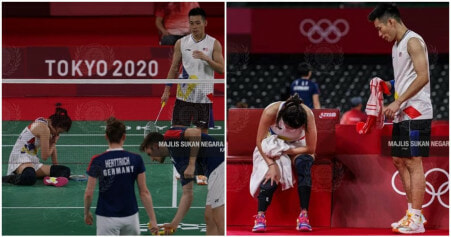