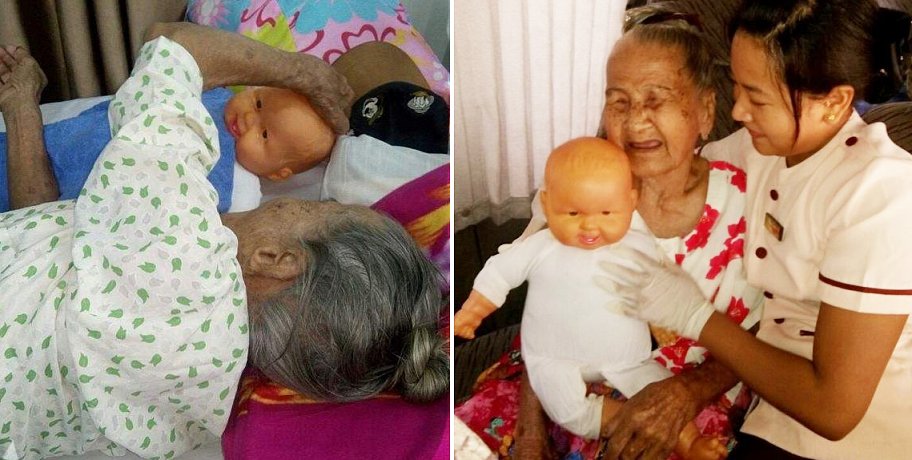 Our parents are the ones that take care of us since birth and all the way till we’re grown up. However, when they grow older, and require their children’s care in return, many ungrateful brats would take the easy way out by sending their elderly parents to the old folks home to save themselves the hassle of providing care for them.

Recently, Twilight Villa, an old folks home in East Dagon Township in Myanmar welcomed its latest resident – an 87-year-old woman named Tin Tin. And her story got the Internet in tears!

Before moving to the old folks home, Tin Tin actually lived in a shelter of loneliness and despair at her family’s house’s backyard, reported Coconuts Yangon. Yes, not even under the same roof as them!

Since she was feeling lonely, she found companionship from a plastic baby doll which she keeps with her all the time. 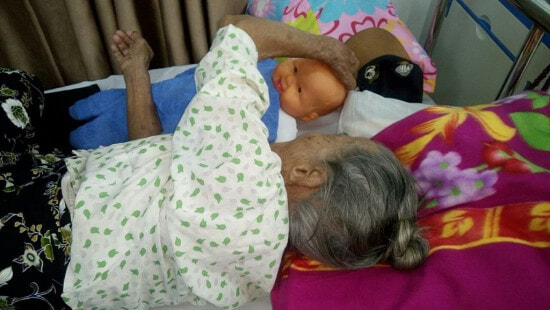 “Her family couldn’t look after her anymore and asked us to bring her to the villa. She never had a say in anything throughout her entire life. She always did and lived as she was told, so when the decision was made to send her to the villa, she accepted it without any complaints,” the post wrote.

“She told our caretakers, ‘Just so you know, I can’t work anymore.’ We explained to her that she no longer had to work or take care of others, and it was time for her to live a life of being taken care of.”

When it was time for Tin Tin to leave, she was scared to move to a completely new place alone. And at her age, we’re sure it’s a very terrifying experience. However, she didn’t put up a fight and willingly went with the workers.

She had only one request when the workers were packing her stuff – taking the doll with her. She was even so worried that she quickly ‘persuaded’ the workers saying that he doesn’t need food.

“She asked us if she could bring her companion baby, explaining ‘He doesn’t eat, and he’s always smiling.’

She was thrilled when we told her that she could bring him, and happily came with us to the villa.”

The elderly woman’s face instantly lit up and she smiled knowing she could bring her companion with her. 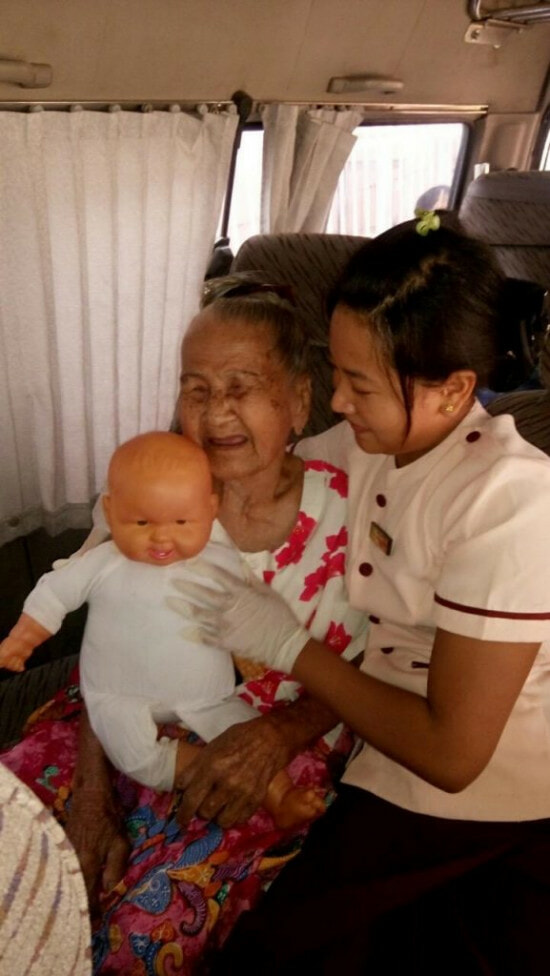 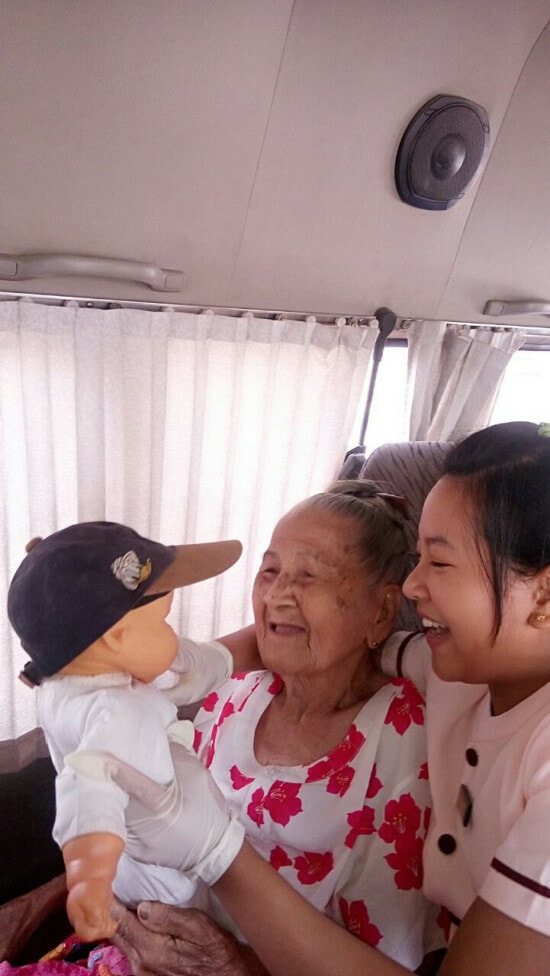 After this post has gone viral on social media, netizens expressed their heartfelt pain for the elderly woman.

“I can’t believe that she has to depend on a doll for companionship. The family is doing a very very bad job of taking of her, worse than a plastic doll!”

Others were furious towards Tin Tin’s family for letting her stay in a shelter and sending her away.

“Only those whose parents have passed away know how lucky you are to get the opportunity to take care of your mother up to this age. I’m amazed at what kind of person can just desert their mother like this,” a netizen said.

“It’s time for Myanmar to have a law against children who abandon their parents,” another netizen commented.

We’re just glad at least she has a friend with her and very nice workers who will care for her more than her family did.

Also read: This Elderly Man Has Been Writing a Letter Everyday To His Late Wife To Cope With Sadness 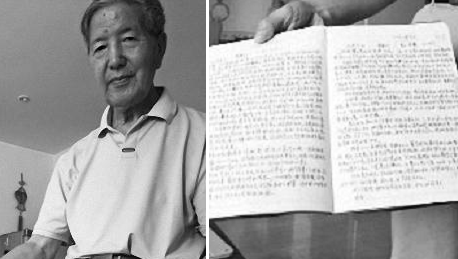