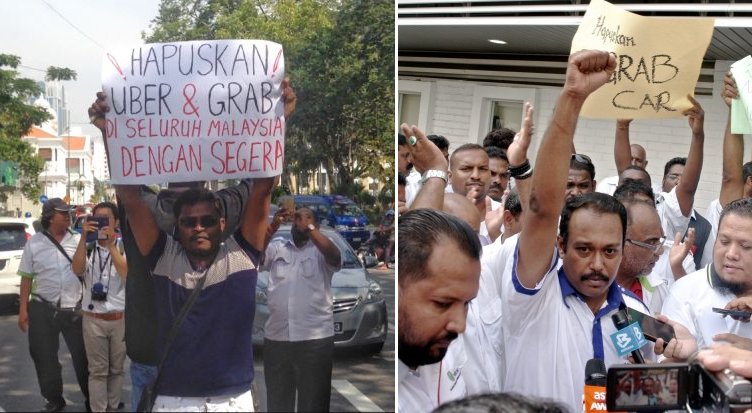 The fight of the century — taxi drivers against GrabCar and Uber drivers has resumed.

Taxi drivers have ganged up at the Esplanade in George Town, Penang, forming a protest group of 200 to oppose the legalizing of Uber and GrabCar. I wonder how much Uber and GrabCar earned from the 4 hours of free reign? 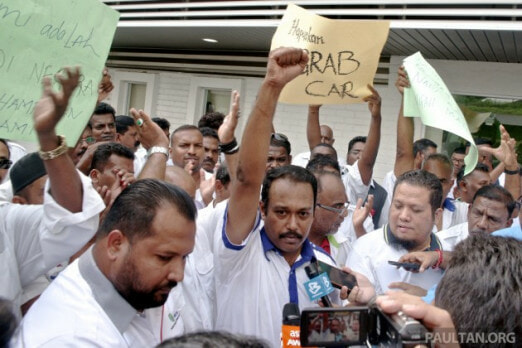 Paultan.org has reported that Penang is currently a hot zone due to the arrest of Chief Minister Lim Guan Eng, but looks like things just got hotter.

The Penang Taxi Associate Association secretary Mohamad Shahimi Hadzri has also spoken out about the drop in business for taxi drivers.

“We ask that the government take our plight into consideration. Our income has gone down 70% since Uber and GrabCar started operating in Penang. The government needs to remember that we are also voters here in Penang. Taxi drivers used to earn over RM200 a day but now, we barely earn RM50 a day. How can we survive like this?”

He also adds that if Sabah is able to ban app-based car hailing service, why can’t Penang? 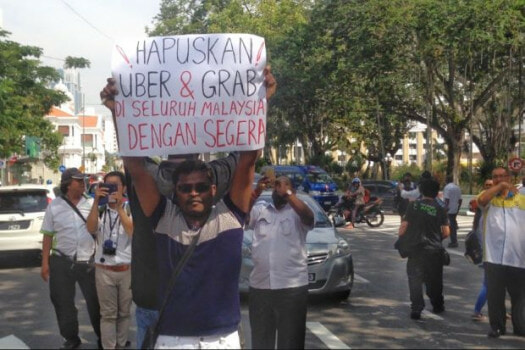 Malaysiakini also shares that if Uber and GrabCar has been legalized, the taxi drivers would be against it and a police report would be made against ride-sharing app and against former senator Wahid Omar who drove an Uber car recently.

Taxi driver P. Gunasegaran, 40 has driven a cab for 14 years reveals his struggles to the press. He says, “before both these services came along, I used to earn RM250 a day and now, there are days when we don’t even earn anything. Some taxi drivers have to pay rental for their vehicles on top of fuel. On average, car rental and fuel will cost up to RM110 a day.”

Since the media has caught wind of the rally, Malaysians all around have taken to social media sites like Facebook, to give their two cents take on the matter.

Many find the protests to be unnecessary as taking taxis in Malaysia have known to be a negative experience. 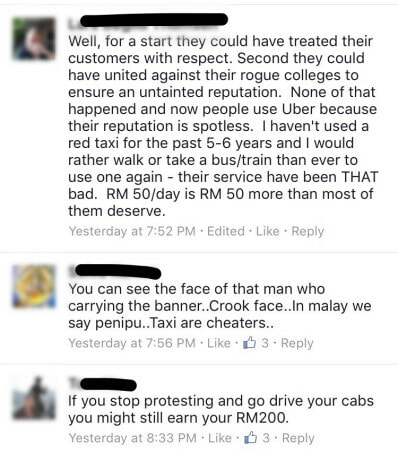 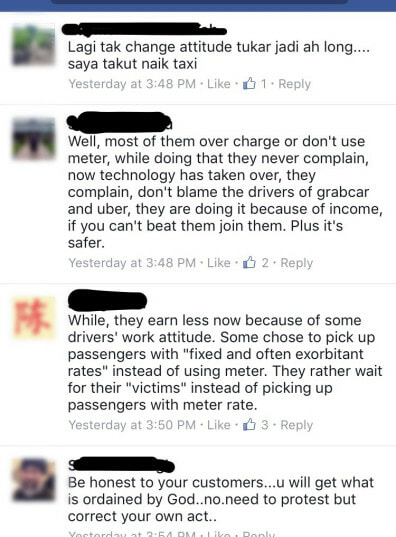 With that being said, some have taken sides with the taxi drivers, sympathising with their current situation. Some even commented how they should make the change to Grab Taxi instead as people prefer to hail cabs online now, rather than stand under the Sun waiting for one.

There are also others reminding everyone that they should not be generalized as there are hardworking and honest taxi drivers too. 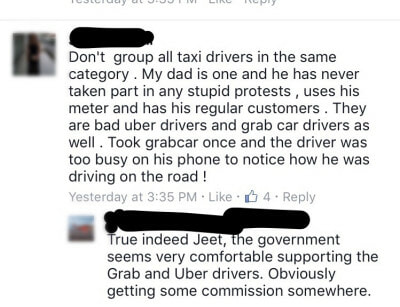 There is no winner of this situation; everyone is out to make a living. However, the ‘samseng’ behaviour of the taxi drivers did steer more potential customers away. Pun not intended.

Just recently, 50 taxi drivers ambushed and attacked tourists and Uber driver in KL Sentral while in another case, 8TV news host who wanted to try out a taxi got a very bad service instead. Here’s to hoping taxi drivers will stop ruining their own reputation among Malaysians.

Read more: 8TV Host Wanted to Take Budget Taxi, But This Happened Instead 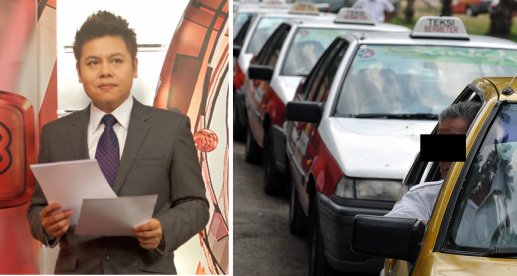