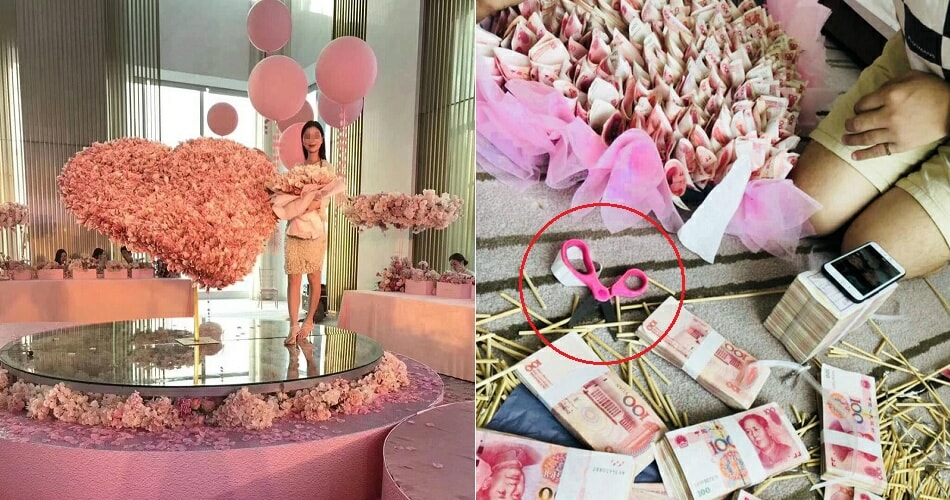 Giving ‘money bouquets’ have become quite a trend these days, right? It’s a lavish way of confessing our undying love for our significant other. After all, you’d think that nothing could wrong… well, until you read this maybe!

Feedy TV reported that a man had gotten into trouble with the People’s Bank of China, Chongqing for gifting a handcrafted bouquet of ‘money flowers’ to his girlfriend for her birthday. 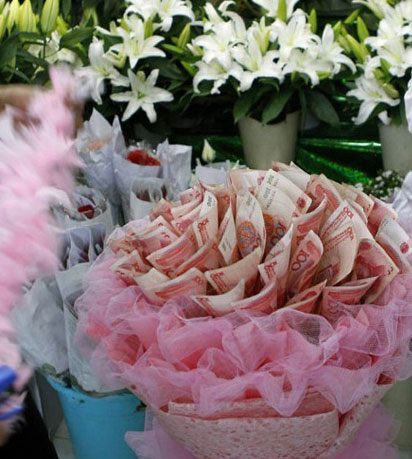 According to the report, the doting boyfriend was accused by representatives of the People’s Bank of China for intentionally ruining the currency of China and breaking the country’s law.

Prior to this, pictures of his ‘flower money’ bouquet went viral over the internet as soon as they were posted on social media. 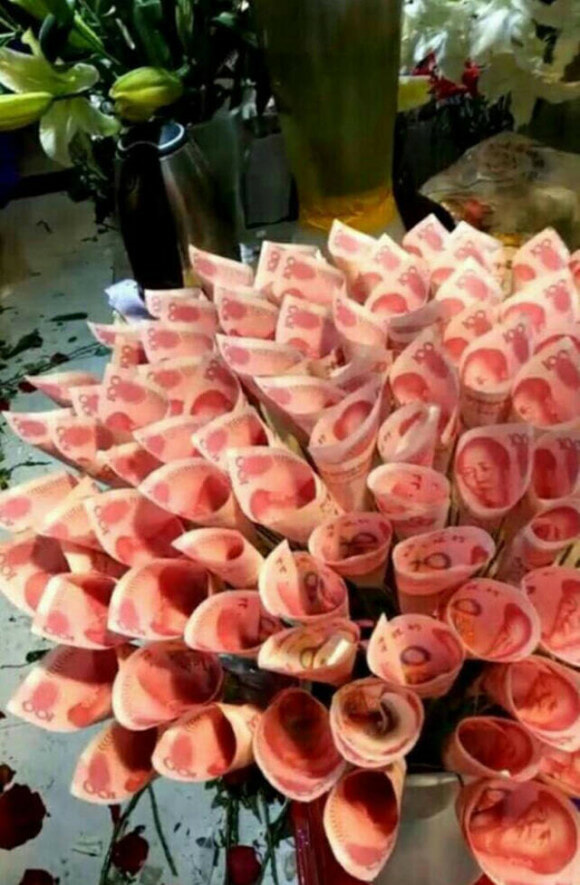 The picture showed a gorgeous young woman donning a white figure-hugging dress whilst holding on to a bouquet of ‘flowers’ made purely out of 100 Yuan (approx. RM60) bills. Adding on to the grandeur of his gifts, right next to her was a giant heart made out of thousands of 100 Yuan notes too.

Apparently, her birthday event took place in a VIP room on the 61st floor of a luxury hotel in Chongqing. Wow, he really went all out to show his love for his girl.

It was further revealed that the boyfriend hired seven workers who worked 10 hours to make the gifts for his girlfriend. All in all, the gifts amounted to a total of 50,000 USD (approx. RM207,500).

Nonetheless, the boyfriend’s act of love was unfortunately deemed a violation of the law because the workers who were working on the gifts were seen using scissors to cut the money as they handcrafted the gifts. Perhaps he should’ve just stuck to folding them origami style! 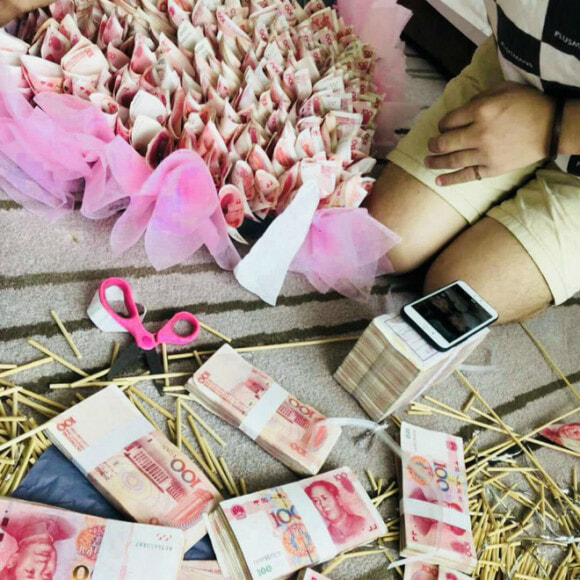 Well, it looks like he might have to pay a fine if he is indeed guilty under their law!

Hopefully, he is able to sort this out with the People’s Bank of China as fast as possible. After all, he was only trying to prove his love to his girlfriend.

Do you think the boyfriend is ruining his country’s currency by gifting them to his girlfriend in this manner? Tell us what you think in the comments! 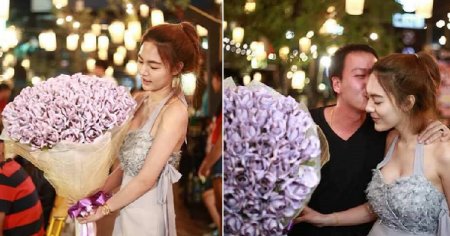