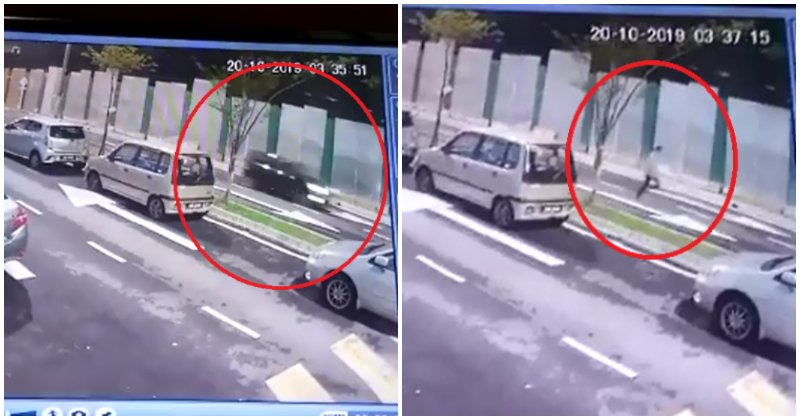 Can you imagine having to fear for your life even within your condominium’s parking lot with security guards?

A 30-year-old man in Bandar Sunway actually had his car stolen from his own apartment’s parking lot, after he had gotten home from a long night. Mr O.K. spoke to WORLD OF BUZZ regarding the incident which shook him to his core.

“I had reached home at about 3:20am after a night out with some friends. I just reversed into my parking spot in the apartment’s guarded resident carpark when a Malay man approached my driver’s door and started talking to me. I couldn’t hear anything and considering I was already within the building, I assumed he was just another resident who was asking for some sort of help,” Mr O.K. told us. 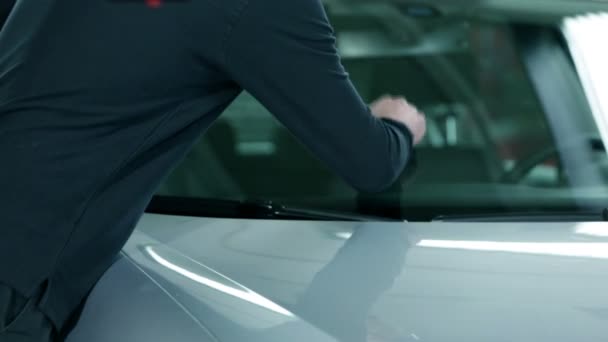 When he opened his car door, things immediately went wrong. The man pulled Mr O.K. out of his Myvi and immediately drove out of the car park, even stopping to use his parking card to tap out without hesitation, while a security guard sat at the exit.

“I was stunned for a moment and without thinking, I chased after my car as far as I could, but he had sped off,”

After the necessary reports were made, it was time to pull out the security tapes to assist with the police’s investigation but the most important footage, a clear shot of the thief’s face from the parking lot’s tap out camera was unattainable as according to the guards, that particular CCTV was not working that night.

“How did he manage to enter the premises in the first place? Non-residents would have to register themselves at the apartment’s main entrance, and there is even footage of him waiting outside for someone to exit the elevator lobby and slipping in before the door closed,”

The apartment’s elevator lobby is only accessible to the building’s management and staff as well as the residents via a chip, hence visitors would have to be escorted in by a guard.

What’s more disturbing is the fact that the apartment’s security team can be heard laughing at Mr O.K. in a recording of the CCTV of him chasing after his car.

Mr O.K.’s Myvi can be seen speeding off. After it did, the security guards are heard saying, “Hold it, hold it, here’s he comes,” before bursting into laughter upon sight of Mr O.K. running after his car.

“As security guards, you are supposed to make us feel safe, yet when you failed at making sure our resident car park is a safe place for us to park, you laugh when something bad happened,” Mr O.K. told WORLD OF BUZZ.

The incident is still currently under police investigation.

The whole purpose of having a security team is to ensure that the residents of the apartment feel safe and secure about not only living but also parking their vehicles there, which is why residents have to pay for maintenance and parking fees.

We hope the management of the apartment building resolves this issue as soon as possible. 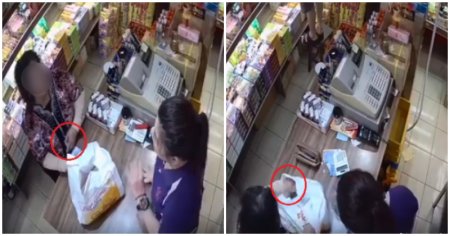