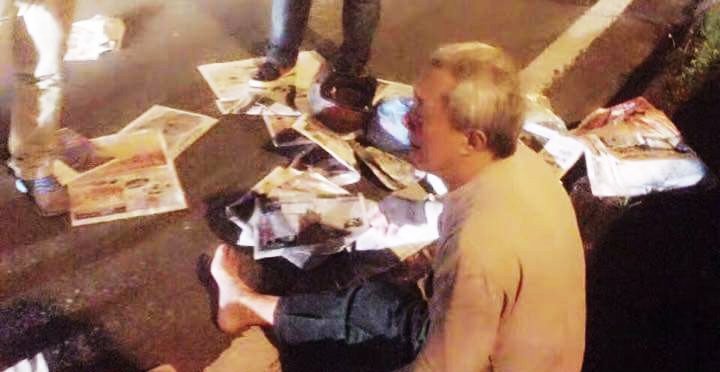 Ringing in the new year is supposed to be a joyous occasion. But sometimes it doesn’t turn out that way and accidents happen. That includes those faulty fireworks in Port Klang that injured at least 10 people.

One Malaysian lady known as Jesgie Zhen shared on Facebook how she became a witness of an unfortunate event the first day of 2017 itself.

“An uncle who’s delivering newspapers was hit by a Myvi. The Myvi injured the man but sped off.

“We wanted to send the elderly uncle to the hospital to have his wound cleaned, but he insisted not to go.

“The uncle said, it’s the first day of 2017. He said that he didn’t want the houses who are awaiting their first paper of the year to have no newspaper to read.

“He insisted to deliver them all :'(“ 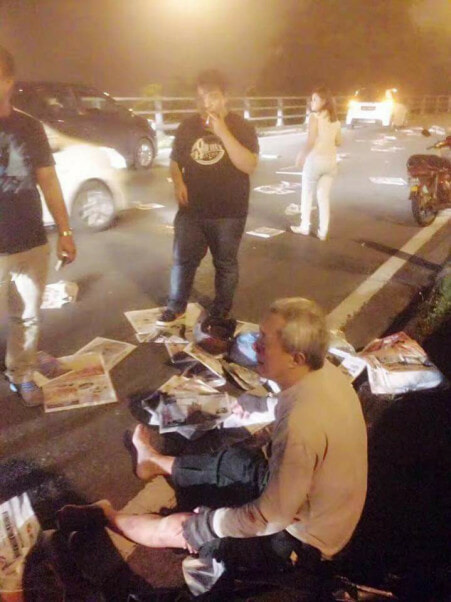 The lady then ended her post criticising the person who’s responsible of hitting the man.

“All I want to say is, hitting an elderly man and getting him injured, yet you did not even stop your car to check… How do you live with yourself?”

According to her post, the incident happened in Jalan Tun Jugah, Kuching.

Zhen said that she was behind two other cars when the accident happened, so she did not manage to see the number plate of the vehicle responsible. However, she adds that luckily the first car managed to see it and hopes the authorities could apprehend the irresponsible driver.

Netizens who read her post were torn by the elderly man’s dedication to deliver the newspapers, while some other condemned the irresponsible driver for the hit-and-run.

“How can someone not have a heart after what he’s done to this poor elderly man???” – Kris, FB

“This man always goes to my shop to sell newspapers!” – Wong, FB

“What a respectable character! I honestly salute this newspaper uncle. Wishing him a spedy recovery!” – Soh, FB