If you have been paying attention to our neighbour down south, you must have noticed that recently Singapore has been going on a banning spree, attempting to stop bands from performing due to their impact to the social harmony and religious wellbeing. Hmm, sounds familiar.

This has prompted two petitions to the Singapore government to be put up on change.org calling for the ban of Maroon 5 and Manchester United. 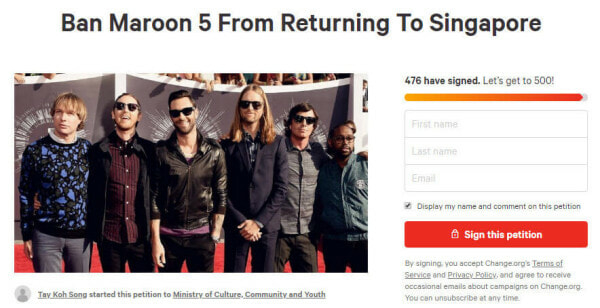 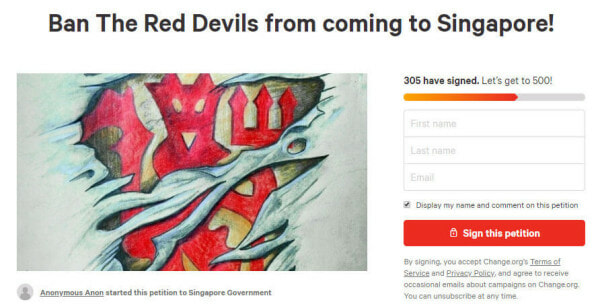 These campaigns were in response to an actual petition, as reported by Mothership.sg, requesting a ban on a Swedish metal band Watain from performing in Singapore because their satanic songs “contain subliminal messages related to death and suicide.”

The band was already in the country for their gig but was ordered to cancel the concert at the very last minute because of the petition.

So what’s the problem with Maroon 5 this time?

Well, for starters, Maroon 5 has a song called Sugar which contains the lyrics, “Sugar, yes please” and “Won’t you come and put it down on me?”, is harmful because “it may compel young Singaporeans to consume more sugar in their diet, which increases the risk of diabetes.”

So bad lah this band is indirectly promoting the excessive use of sugar among their fans. Confirm will increase your risk of diabetes after listening to this song.

So, what about Manchester United then? With the nickname “Red Devils”, and having a naughty looking devil logo, they must be Satanists, right?

Surely they have a hidden intention of spreading some bad mojo everywhere they go!

So at the end of the day, should you support these petitions? Well, for one, if you are a Malaysian, we don’t think should meddle with anything.

Also read: Passenger on Singapore Airlines Flight Shockingly Bites into Someone Else’s Tooth in His Rice 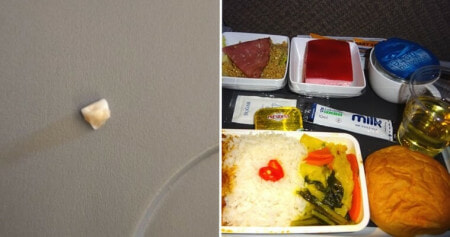