We love South Korea for their awesome skincare, yummy food and talented people who brought us the beauty of K-pop and K-dramas but it looks like they really need to revamp their sex education guidelines. In March 2015, Korea’s Education Ministry released the latest sex education curriculum guidelines for public schools which were met with a lot of backlash, reported the Guardian.

Here are some of the more incendiary statements from the guidelines that shocked people around the world when they first came out:

2. For men who spend a lot of money on dates, it is natural he would want to be compensated for the money spent. In such cases, unwanted date rape can occur

3. People of the opposite sex should not be alone together by themselves

4. Females sexually respond to one specific male, whereas males can have sexual intercourse extensively with women they are only sexually attracted to

5. If women are sexually harassed on public transportation, they should step on the perpetrator’s foot as if by mistake

6. Male sexual desire can arise quickly on impulse, so it’s alright for them to express it regardless of time and place

Really, bro? These controversial guidelines had been receiving much criticism since it was introduced and actually developed after two years of planning, The Korea Herald reported. It also cost 600 million won (RM2.2 million) for the manual to be prepared but for more than two years since it was launched, people have been saying that it is sexist, misleading and spreads false information.

Amidst all the complaints, the education ministry pulled down the curriculum from its website which means that it was inaccessible to the public. However, National Public Radio (NPR) reported in 2017 that the same guidelines are still being used in schools to teach impressionable children who are required to take 15 hours of sex education in a year.

“There were a lot of complaints about what we had mentioned,” an Education Ministry spokesperson said to NPR. “For the past two years, we looked through the guidelines to see if there were any improvements to be made, but the result that we reached last September is that there are no particular official changes to be made. We’ve recommended these guidelines to be followed this school year (2017) as well.”

Although there have been pledges from the government that they will review these controversial guidelines in March, the current ones are still in use and they did not say when there would be any new guidelines. Cho Myung-yeon, head of the ministry’s student health policy department said, “Revamping the guidelines isn’t simple because it requires an entire process like researchers exchanging opinions. It’s difficult to say whether the ones we came up with in 2015 were problematic.”

Meanwhile, protesting teachers and parents are arranging for discussion groups and private lessons so that the students will be able to learn proper sex education instead.

What do you think of these guidelines? Let us know in the comments section!

Also read: Professor: Women Who Wear Jeans Will Give Birth To Transgender And Autistic Children 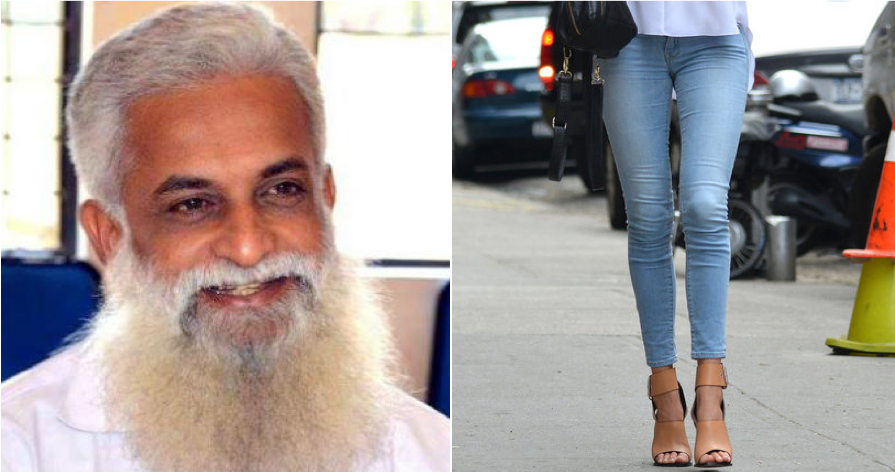