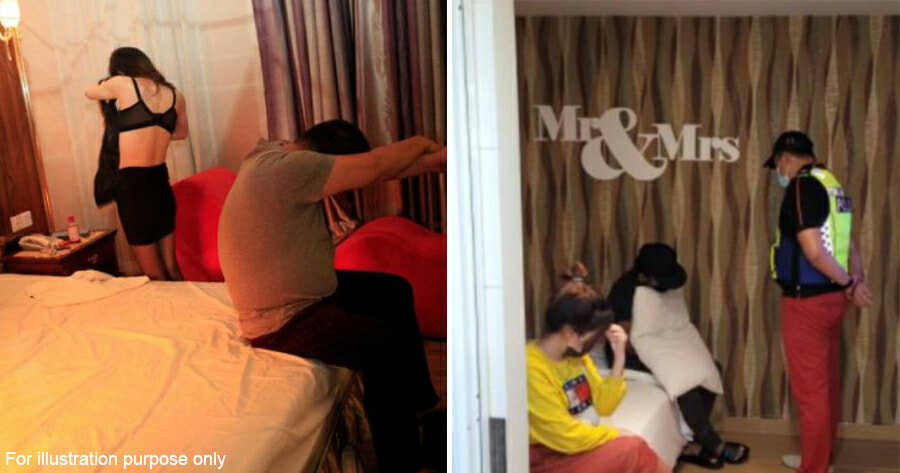 Police managed to find out the secret code used by customers to enter a brothel in Taman Equine, Seri Kembangan after staking out the area for three days.

The brothel is said to be hidden in a hotel in the area and was raided by the police during Op Noda yesterday (28 January) at 11.30pm, reported Harian Metro. 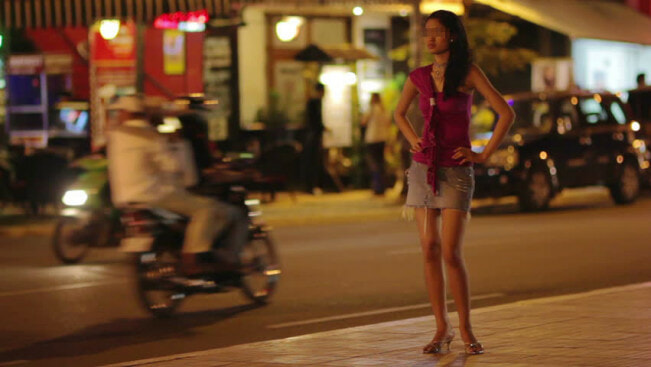 According to Serdang District Police Chief Assistant Commissioner Razali Abu Samah, the syndicate was hidden behind hotel services by providing prostitution services to customers and promoting the activity by sending pictures of girls through WeChat and MiChat.

“Once at the hotel, customers will meet with two caretakers and say the keyword ‘SkyQQ’ before being taken to a hotel room reserved for the activity for between RM190 to RM220,” he said.

He added that inspections were carried out at the hotel and found several customers and prostitutes on the second and third floors of the building.

Among those detained were two local men, a caretaker, seven customers including six local men and one Bangladeshi man. Five Indonesian and three Thai women aged between 25 and 52 working as prostitutes were also detained. 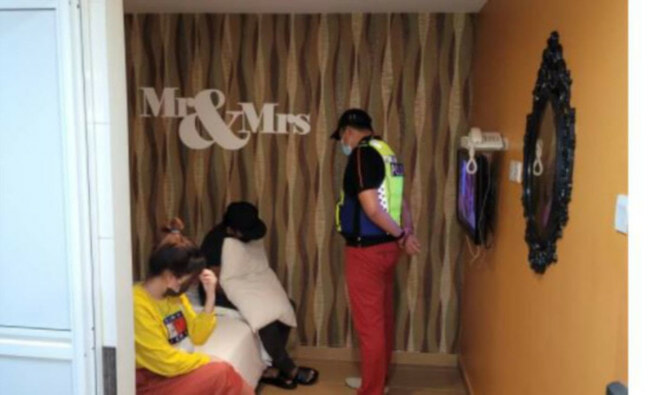 “Besides that, the case involved is also being investigated in accordance with Regulation 16 (1) of the Prevention and Control of Infectious Diseases Regulations 2020 for violating the Movement Control Order (MCO).”

Also read: “I want this” Indonesian Worker Sentenced To 6 Months Jail For Molesting Nurse In Kuching 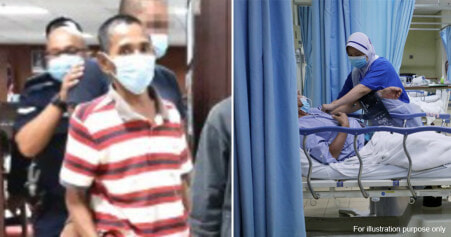