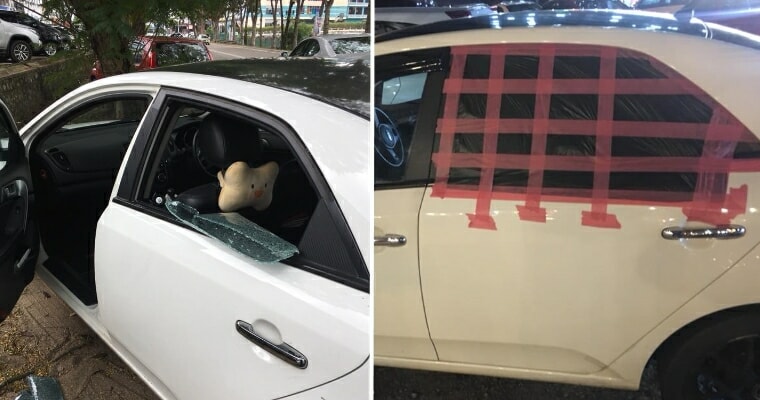 You ever travel somewhere new and forget to follow the local customs? Like the tried-and-tested Malaysian custom of not leaving valuables in the car unattended?

Well, a pair of Singaporeans found out what happens when you leave your valuables behind after they drove up to Johor Baru earlier last week as Facebook user Has Razy recounts in a post dated January 25.

He and his fiancé had taken a trip to Johor Baru to run some errands. He mentions them parking the car near Taman Pelangi and getting out to change some Singaporean Dollars to Malaysian Ringgit.

Returning five minutes later, they were greeted with the sight of their rear left window smashed in and their belongings missing. Their passports, wallets, bag, and personal belongings were all but stolen in broad daylight. 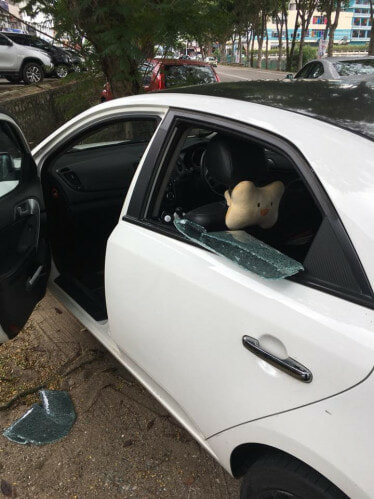 In the post, Hus Razy writes that it was a headache to acquire the necessary documents he needed to get back to Singapore. Given that the car-looters are relatively low in Singapore compared to Malaysia, it’s understandable that one may overlook their safety.

Meanwhile, the car needed to be patched up with trash bags and some tape. 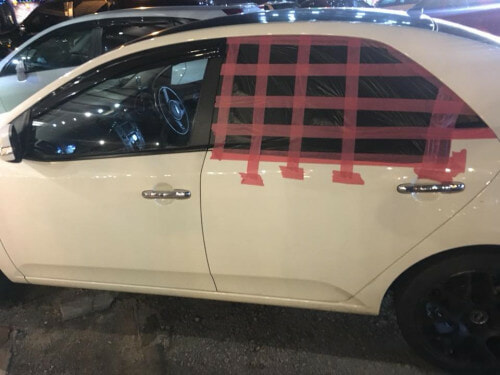 Some netizens who saw his post commented that it wasn’t careful of him to have left his valuables unattended in his car, especially in JB. Others were more critical, blaming him for his “carelessness”. 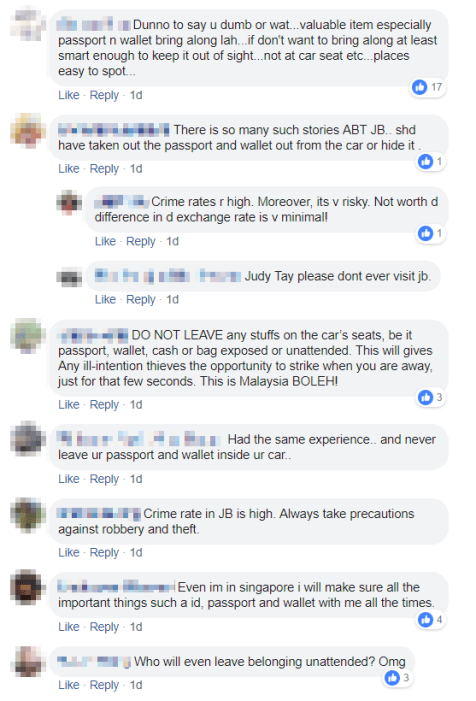 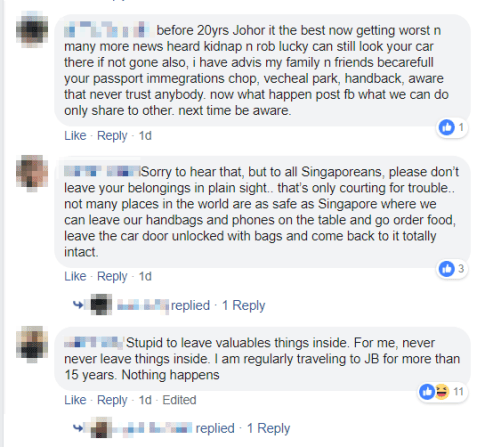 However, everybody agrees that it’s great nobody got hurt. 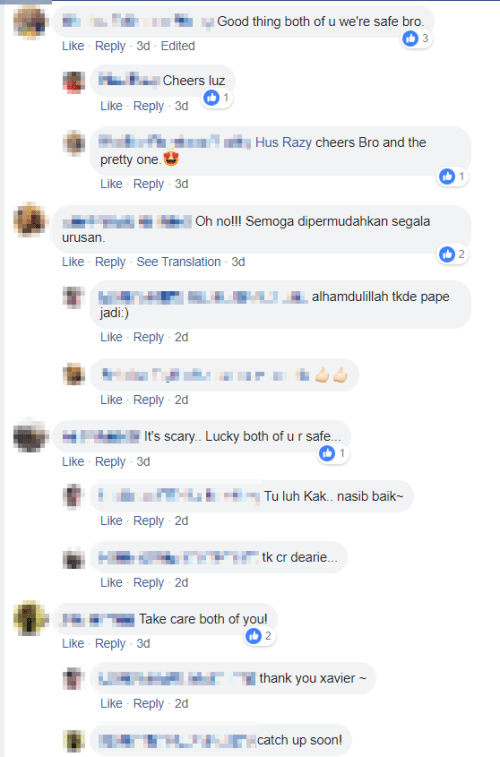 We hope Razy recovers from his ordeal soon and has a better year ahead! For the rest of you, we urge our readers to be more careful with their security, especially with the upcoming festive season. Crime doesn’t sleep and neither should our vigilance. 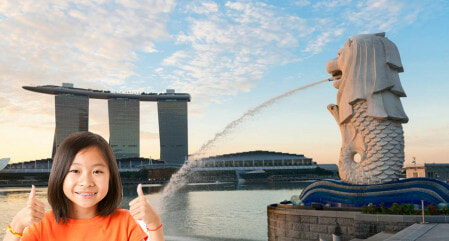