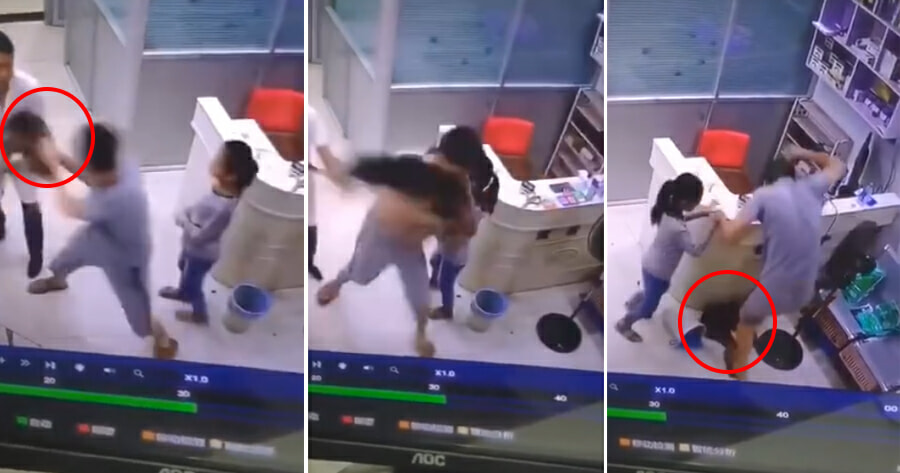 Taking care of a pet is almost like taking care of a baby. You have to buy its food, medicine and other supplies so that it is healthy and well taken care of.

Of course, this comes with expensive bills that most owners are willing to pay, but this particular pet owner from China proved that he doesn’t deserve a pet at all!

A horrifying video of a CCTV footage shows a man and his daughter at a vet clinic as their dog was sick. The incident happened at about 6.50pm on 5th October where a clinic staff is seen carrying a black dog.

Just as the clinic staff was about to put the dog into a cage, the man snatches the dog from him and throws the animal onto the floor with extreme force.

The clinic staff and the girl stand in shock as the man then starts stomping on the helpless dog’s head and neck area.

The video was posted on Facebook with a caption saying that the man wanted to kill the dog as its medical bill was too high.

It is not known what happened to the dog after the cruel treatment nor is it known if anything was done about the man’s actions, but we really hope the poor doggy is okay. Hopefully, it will be taken away from the violent man and be given the love it deserves from someone who truly appreciates it.

Here the link to the full video. 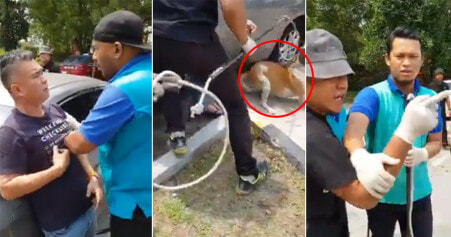