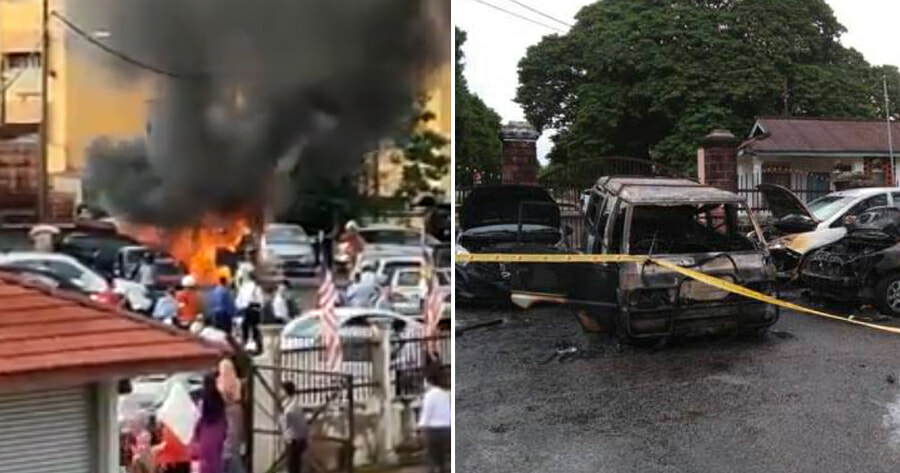 Seven vehicles parked in front of the Sekolah Menengah Kebangsaan (SMK) Durian Daun in Malacca caught fire at about 7.40am on 21 September.

Bernama reported that a Mitsubshi van belonging to a 64-year-old man had suddenly caught fire and spread the fire to six other vehicles including a Nissan Grand Livina, Perodua Axia, Proton Exora, Toyota Vios and two Perodua Myvi.

The man had parked the van in an open space in front of the school after sending his son, according to Melaka Tengah district police chief, ACP Afzanizar Ahmad.

“On returning to the van, he saw smoke in the front passenger seat. He tried to open the door but to no avail and the fire started to spread towards nearby vehicles,” he said.

He added that further investigation found that the area did not have a designated parking lot. He also said that the Fire and Rescue Department (JBPM) was still investigating the cause of the fire and found that there was no element of public mischief. 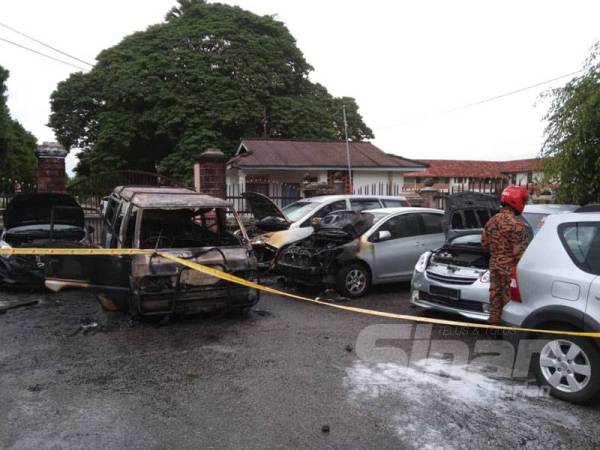 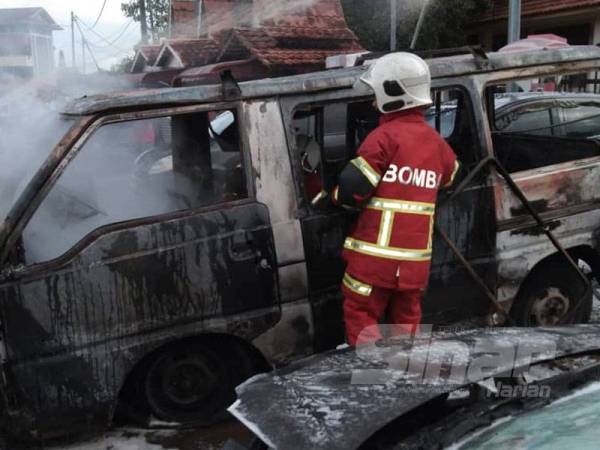 “Arriving at the scene, firefighters found seven vehicles parked in front of the school area on fire,” he said.

The fire caused 100% damage to the van. However, Wee Kiang said the other six vehicles were only 10% burnt and didn’t involve any victims before the fire was put out completely at 8.26am.

Photos and videos of the incident were uploaded to social media where firemen can be seen trying to put out the fire that engulfed the van involved.

Thankfully no one was hurt in this incident and the firemen were able to bring the fire under control. 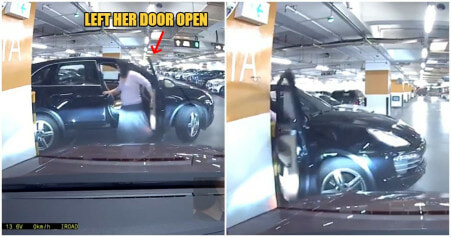