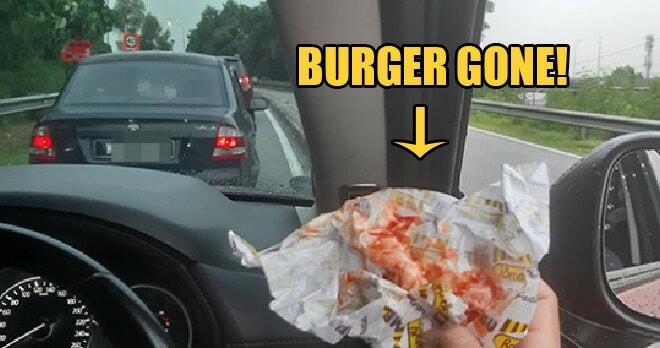 Well, this is certainly something that you don’t see every day! Snatch thieves are always looking for any available opportunity to strike, but this time, it looks like they slipped up badly. A Malaysian fitness instructor was the victim of snatch theft while he was stuck in a traffic jam near Serdang bur hilariously, the thieves only took his hamburger. 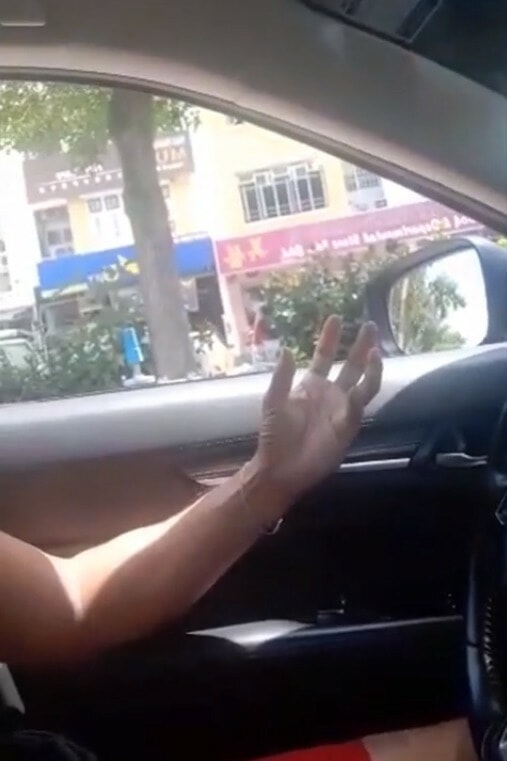 According to China Press, the incident took place yesterday (October 14th) around 6.44pm as he was in the car. The guy said that his wife had asked him to buy some stuff at the pharmacy about 15 minutes away. When he arrived, he felt hungry, so he bought a burger from a roadside stall before making his way home and got stuck in the traffic jam.

While he was in his car, he said that his right hand was holding the burger and he was eating it slowly on the way home. Coincidentally, he had wound down his car windows and turned off his air-conditioning as the weather was cooling after a rainy day. The hand holding the hamburger was next to the window but he did not put his hand outside the car.

“Suddenly, I felt something knock my hand and the next thing I knew, the burger had disappeared! I looked around, thinking that I had dropped it as I was only holding the wrapper,” he told the daily. He said that he had only eaten two bites of the burger and after the initial shock, he realised that two men on a motorcycle had snatched the half-eaten burger from his hand. Wah, the thieves so hungry meh?

As he was stuck in the congestion, he couldn’t chase after them and when he realised that his burger was gone, the “hamburglars” had already sped off. He added he had witnessed a similar theft had happened in the same area before and deduced that the robbers might have thought that he was holding his mobile phone.

That was certainly unexpected! We hope the guy manages to get another good burger! 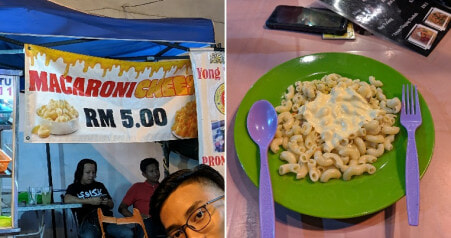