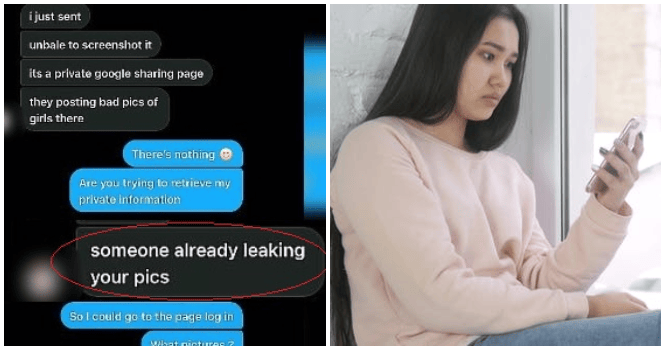 Almost every other day we hear about someone falling victim to online scams, complaints regarding automated voice calls claiming that we owe money and fake calls from “bank agencies”. Just when we thought we’ve been informed of all types of scams out there, a new one pops up.

There’s a new technique that scammers are using and it’s specifically targeted towards women. A netizen has reached out to WORLD OF BUZZ to express her concerns and hopes to protect her fellow brothers and sisters from falling prey to a scam that she recently encountered.

A couple of days ago, Norah, a 24-year-old entrepreneur, had received a message on her Facebook Messenger from someone who was not in her contacts list. The stranger then proceeded to claim that her pictures were being shared on a 3rd party website. Feeling confused, Norah had probed further, enquiring about the website. Upon probing, the stranger had sent an external link and he further stated that he was unable to screenshot the images that were being displayed on the website because it was a private Google sharing page. 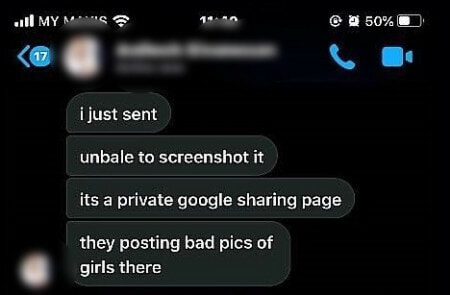 Norah had then clicked the link and met with a dead end. The link had displayed a page that can only be logged in with a phone number and password. The shady link made Norah suspicious and she confronted the stranger whom she now calls a “scammer”. Norah had asked if the scammer was attempting to retrieve her personal information. Upon being questioned, the scammer further proceeded to threaten her, stating that her pictures were already being shared on that page. 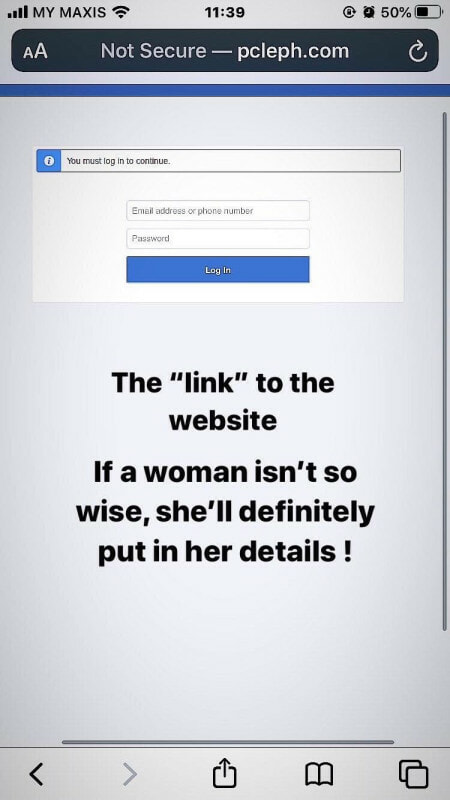 Norah then took to Instagram to express her frustrations and she uncovered that she was not the only one who was affected by this. The scammer had sent her a screenshot stating that his account was hacked and claimed that the link was also sent to various other accounts. Following this unrevelation, she posted a screenshot that shows another female Facebook user who was messaged by the same scammer.

Norah immediately headed over to the Malaysian Communications and Multimedia Commission’s (MCMC) website to lodge a complaint. After her complaint was filed, the link was taken down. Norah had also filed a police report and the scammer is currently under observation.

Fear is what these scammers use to prey on women. Many women are private about their pictures and they are not comfortable with their images being online. These scammers exploit this very instinct to lure women to reveal their personal details. Norah advises anyone who encounters these kinds of messages, to just ignore them and block the account. She strongly believes that everyone is entitled to their own privacy and it should not be breached by scammers.

If you find yourself in a similar situation, please file a complaint at the MCMC’s official website and take further actions, if necessary.

Also read: 5 Malaysians Caught By Australia For Attempting To Work Illegally On Farms 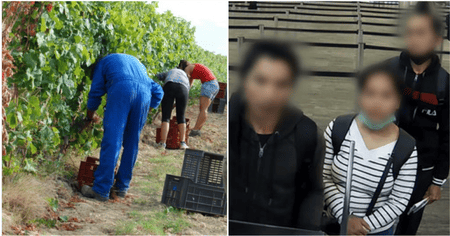