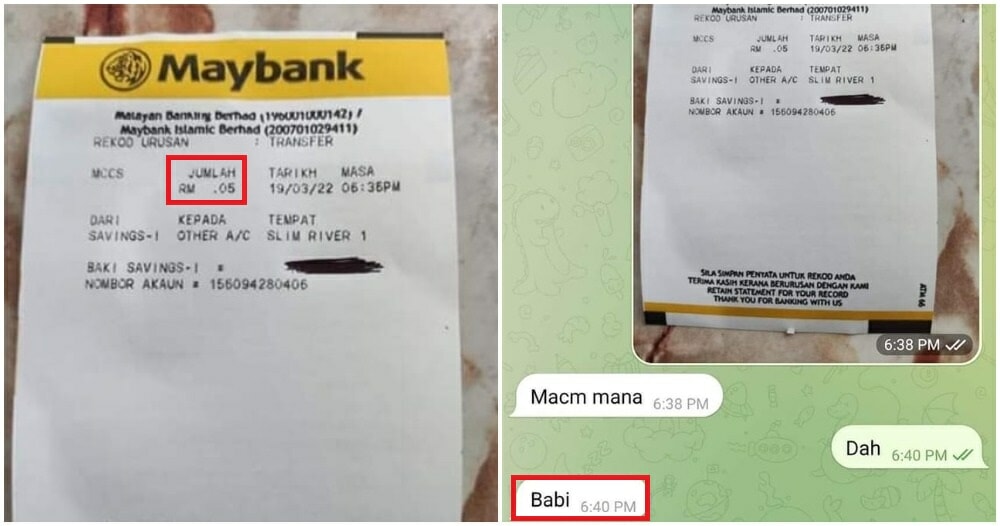 Malaysian Trolls Scammer Who Asked for RM1,000 by Giving Him RM0.05

There are all types of scams nowadays.

Recently, a teacher based in Slim River, Perak by the name of Ahmad was contacted by his friend on Telegram asking for RM1,000.

However, Ahmad, 52, soon realised that the person he was talking to is definitely not his friend and that it was a scammer, reported Harian Metro.

“When I realised that my friend’s phone had been compromised by a scammer, I gave in to the scammer’s request.”

After realising it was a scammer, Ahmad decided to troll him! So he went over to the bank to transfer RM0.05 to the scammer and sent the receipt over.

The scammer was infuriated and mocked Ahmad by calling him “babi”, effectively ending the conversation.

Reflecting back, Ahmad said that it is really sly of the scammers to use the identities of the people close to us to borrow money and promise to return it soon.

“If we didn’t think too much of it then we would have just transferred the amount they wanted to an account that may be a mule account.”

The teacher added that his colleague had also received the same message from the scammer but they had asked for the money to be transferred to a different account number.

That was very smart of Ahmad! Remember if you ever have any suspicions that a person is a scammer, you can run a check on their phone or account number on Semak Mule. 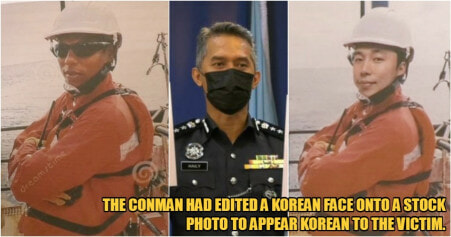