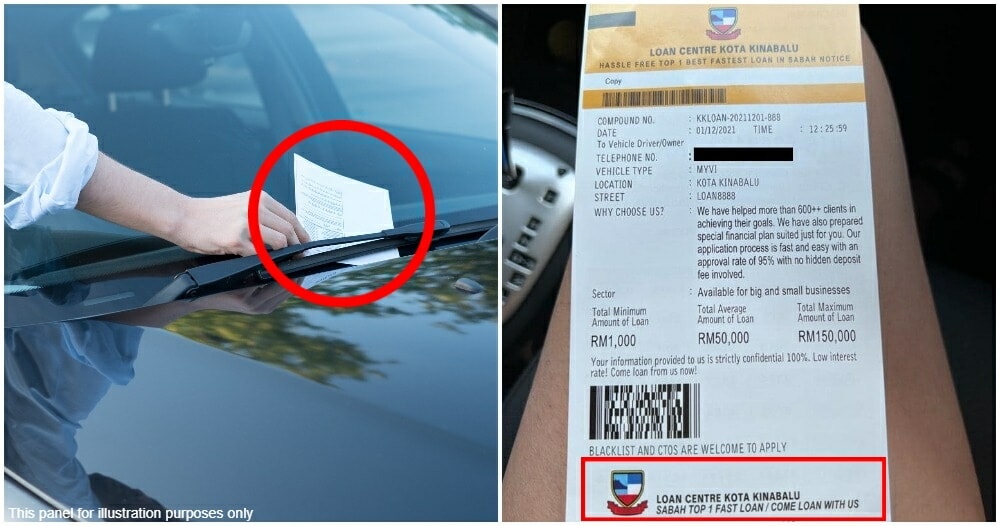 We often get flyers and leaflets placed under our wiper but one of the most heart-sinking moments is when you see that there is a white rectangular piece of paper there… yes, a saman!

A woman in Kota Kinabalu, Sabah saw that she had a saman on her windshield. So, she told her son to help her pay the fine BUT when he read the paper, it turns out that it was actually a loan shark advertisement. As he found it funny, he took to Facebook to post his discovery.

In the caption he says:

“Is this a new marketing skill? I really thought that it was a saman. Is it okay to copy DBKK so much?”

Many netizens in the comment have said that they were shocked to see the “saman” at first and were amused when they saw that it was a loan shark ad. Most of them were saying that it is really similar to the saman that DBKK issues. So we set out to find a picture of it for comparison. 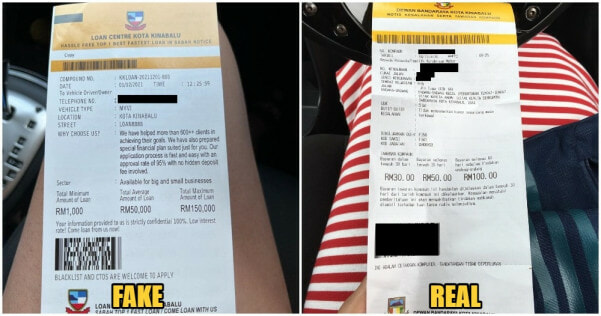 Whad’ya know, everything is similar from the heading down to the colour and font!

Of course, DBKK did not take well to that and they have since issued a statement on their Facebook page.

The city council has said that they condemn the actions of the loan sharks for causing public confusion with the flyer that resembles a summon. They added that the flyer did not receive approval from the city council beforehand and has clarified that the paper used did not belong to them. MCMC has also discontinued the phone number on the flyers.

The city council has lodged a police report and urged the public to call 012-2220 220 if they see people distributing these flyers. 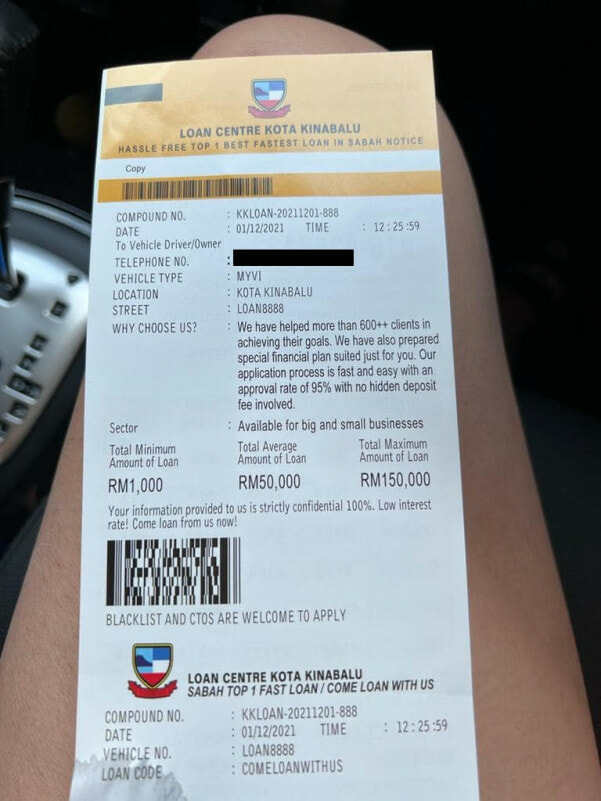 That is certainly some unethical advertising as it caused plenty of people to panic! What other “creative” and notable loan shark advertisements have you seen? Tell us in the comments.

Also read: Local Company Shares How Their Competitor Got Them Fined RM7,000 By MOH 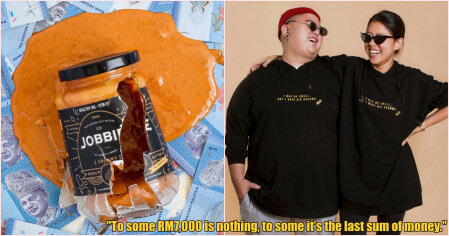