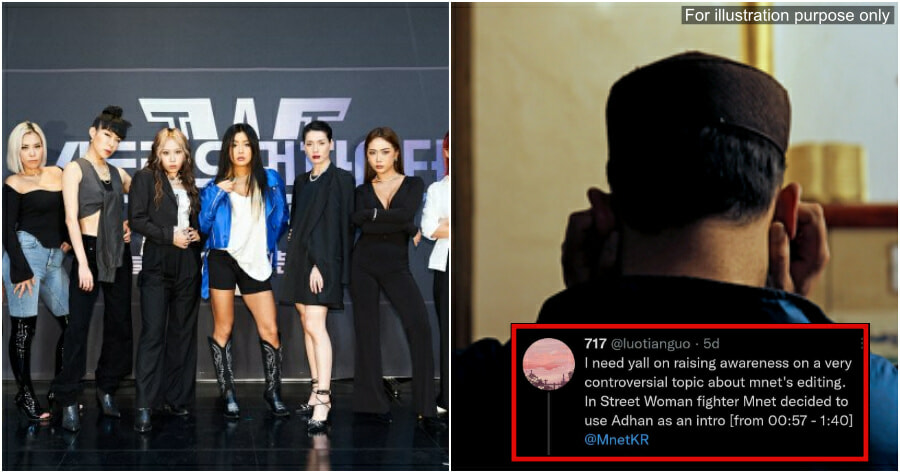 In the opening scene of the first episode of the show which aired on 24 August, viewers noticed that a remixed version of an Azan/Adhan (Muslim call to prayer) was used.

This sparked backlash from Muslim fans of the show from all over the world with many claiming that the show was culturally appropriating a religious practice and using it merely for aesthetic purposes.

A number of videos comparing the sound of the call to prayer and the accompanying music for Street Woman Fighter has gone viral on social media platforms, such as Twitter and TikTok.

Twitter user @luotianguo in a post, expressed their disappointment towards Mnet. The post on 4 September, was one of the very first ones to call Mnet out for their actions.

The user-added, “For those who don’t know, the Adhan is a sacred call to prayer for Muslims and since the prayer praises the name of Allah, putting it in the intro of a random show is disrespecting its holiness.”

“Mnet has multiple times used other’s people culture for clout, but using a sacred symbol of someone else’s religion is absolutely a heresy. People should just stay away from religion, I don’t understand what’s difficult about it,” they added. 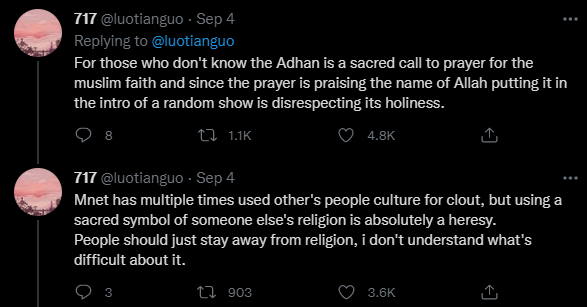 The post resonated with the beliefs of many and has gathered close to 20,000 likes and shares with many other users expressing their anger and disappointment towards the South Korean music TV channel.

The hashtags #Mnetapologize #MNETDisrespectAdzan were also trending as people used them to show their disappointment and push Mnet to apologise.

Meanwhile, some users pointed out that the hate should be directed towards the people who actually made the remix. A Twitter user said that “The editor (of the show) just used the music without knowing anything.”

It was revealed that a UK based band called ‘LOSERS’ were the ones that made the remix titled ‘AZAN’ a few years ago. 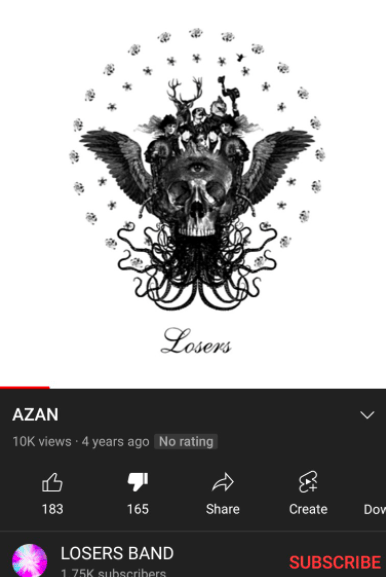 Apologies by LOSERS and Mnet

Both ‘LOSERS’ and Mnet have issued statements apologising for their actions. The band posted their apology via social media platforms which said, “On behalf of Losers we would like to offer a full and sincere apology for the use of a sample used in our song ‘Azan‘. It was never our intention to offend.”

“We will remove the song from all of our platforms and re-upload it without the sample,” they added. 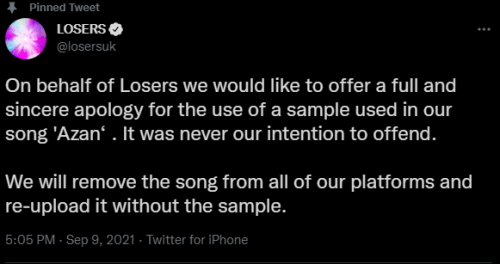 “The song is an electronic soundtrack that is officially registered on the official streaming site. The production team thought that the electronic sound of the song was suitable as the background music of the program. We certainly did not hold any other intentions.”

“We sincerely apologize for the unintended inconvenience caused by the possibility of recalling a specific rhyme. Respecting your criticism, the video will be re-uploaded after replacing the background music,” they added. 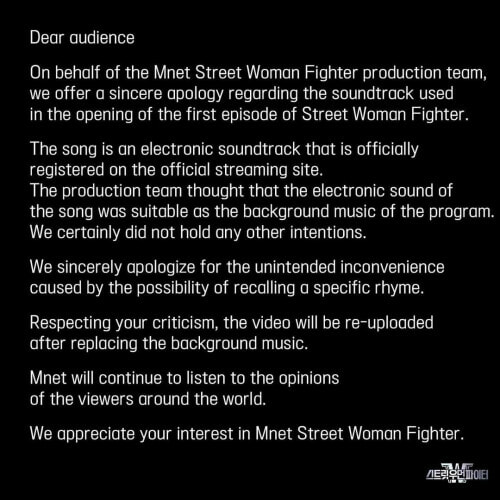 Although having the freedom to be creative is good, there has to be a line drawn somewhere. Creative freedom should not encroach upon issues that could possibly incite hate. 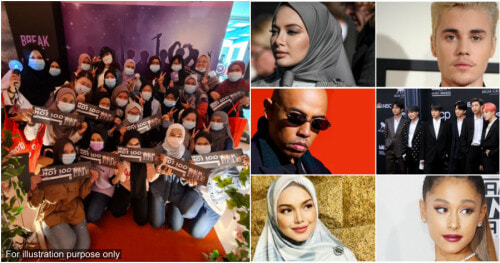