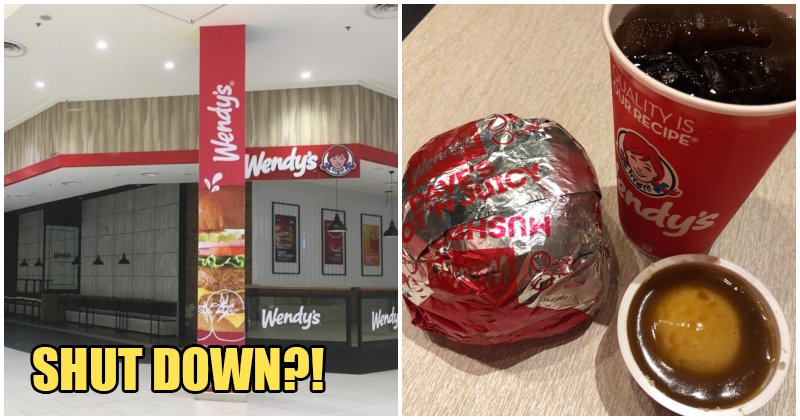 If you’re a Wendy’s fan, brace yourself for some not-so-good news.

That’s because, recent tweets and posts on Facebook have expressed worries that Wendy’s in Malaysia is closing down. Rumour has it that the fast food chain will be shutting down all outlets in the country this year (2019).

This came particularly after a tweet by @ezadhfizy, sharing a photo showing Wendy’s in Paradigm JB that has been closed down.

the closure of all Wendy’s branches in Malaysia in stages by this year. pic.twitter.com/ujWG8HrE7R

He also noted that a lot of the Wendy’s branches in Malaysia has been closing down in stages. Other locations that have closed down include:

Tweets by other users shared the same sentiment, where they expressed their grief that one of their favourite food chains has closed down in several locations. We’re just as sad! 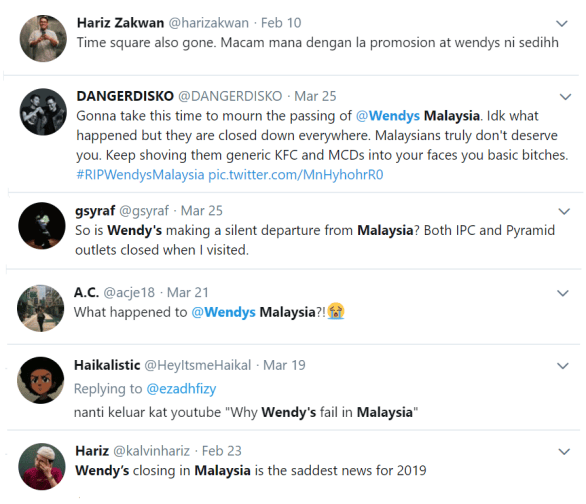 According to one posting by @cadsalovere, he spills that based on what a Wendy’s staff has told him, the store in Mont Kiara has ceased operations and confirms that they will not be reopening the branch. He added that KLCC’s branch also shared the same fate.

Final fling of @Wendys Malaysia before they closed the door tonight*. I’ve been to Wendy’s since 2009 till now. Deeply sad over this ☹️ #Wendys pic.twitter.com/d7nkAanct7

In a recent report by Hype.my, the local publication mentions that from the rumours that are circulating on social media, Wendy’s is closing down because its franchisor Berjaya Burger Sdn Bhd decided not to renew their franchise agreement with Wendy’s. Berjaya Burger is a wholly owned subsidiary company under Berjaya Corporation Bhd.

Back in 2016 when Wendy’s was expanding another 6 outlets in Malaysia, its managing director, Sydney Quays said that each outlet costs RM1 million to open!

Unfortunately, things aren’t looking too bright for them now 🙁 Even our favourite branch in Mid Valley closed down about 2 weeks ago!

Well, some branches that are known to still be operating include:

We aren’t entirely sure if the other outlets are still open or not. WORLD OF BUZZ has reached out to Wendy’s but currently, there is still no further comment on the closing down rumour.

So if you guys want to be safe, best go chomp on some Wendy’s before they disappear from Malaysia forever T_T #Team15nuggetsforRM7!

Also read: 6 Companies That Dramatically Closed Down in Malaysia in 2017 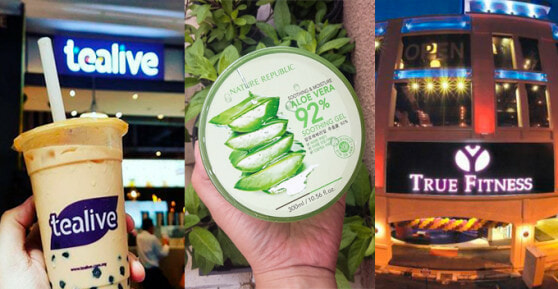