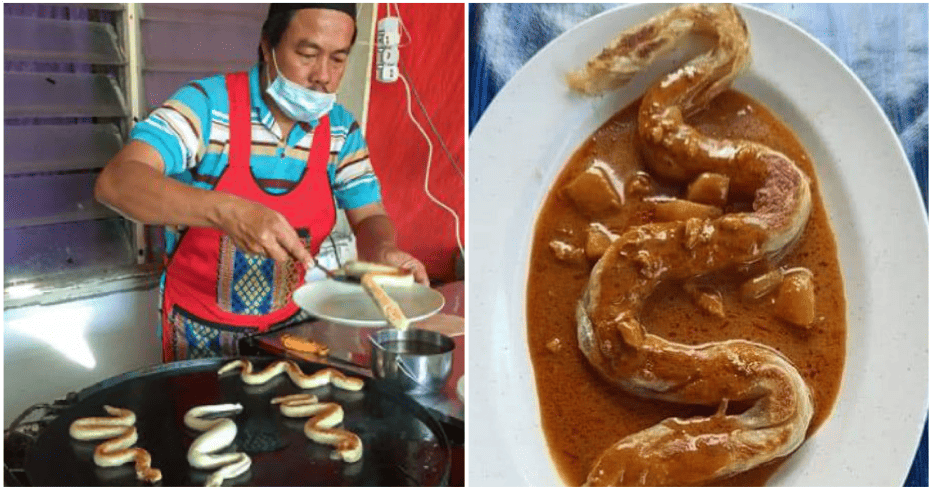 Food and Malaysians, what else can we say? If given the opportunity, we would even go to war just for food; or maybe we can just send our Bawang Army to kacau those who try to take the honour from our food. The love for food is one of the reasons we are united and we are open to trying new and creative dishes produced by our local food vendors too. 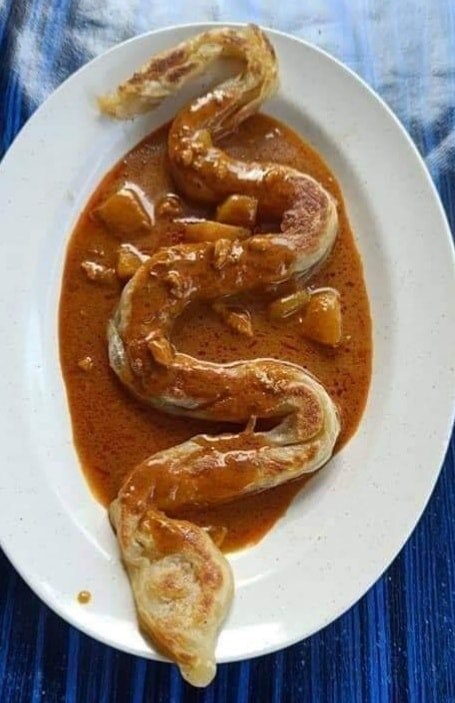 Recently, a modified crowd favourite has gone viral and throngs of food lovers decided to try the Roti Canai Ular, which was introduced by Che Harun Ali, 46, a roti canai seller in Kota Bharu. To our imagination, a snake-shaped roti canai would give us goosebumps but at the end of the day, the taste of the roti determines it all and for Che Harun’s Roti Canai Ular, people are flocking to his shop to get a taste! He told Awani that he got the idea for the dish when a snake appeared in his home while he was preparing the roti canai dough and he immediately got the inspiration to create the Roti Canai Ular. Now, the Roti Canai Ular comes in many different variations such as Milo, Nestum, cheese and  even condensed milk!

Che Harun Ali is aware that some customers might be turned off by the snake shape, hence he still produces the normal roti canai to cater to them. So if you are in Kota Bharu, do drop by Kampung Kubur Kuda to try the roti for yourself, ok? 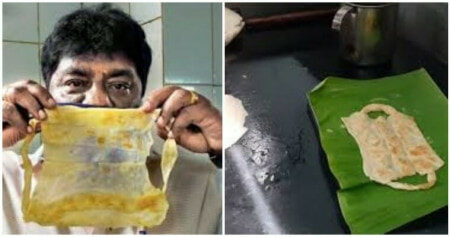