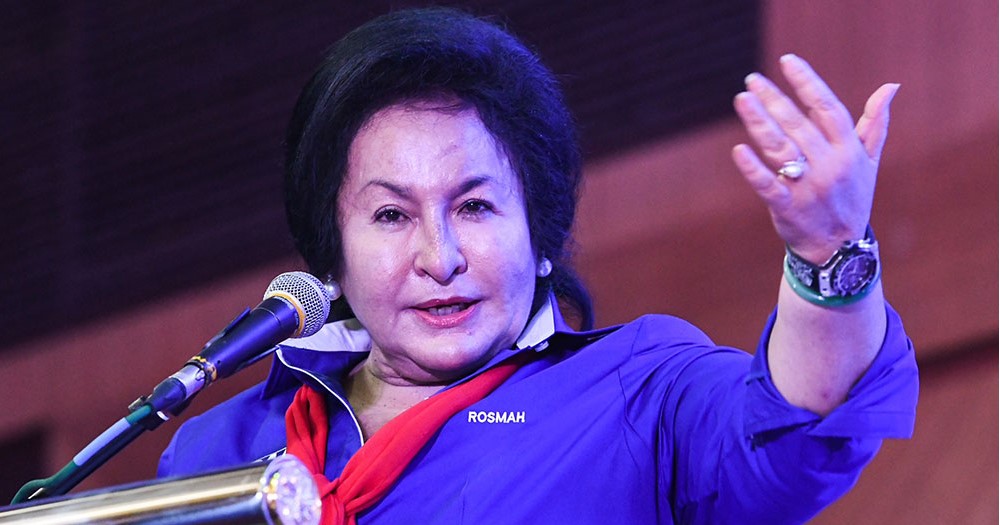 Rosmah is speaking up more frequently now that GE14 is just around the corner.

Rosmah Mansor, Prime Minister Najib’s wife, has recently pleaded with voters to give careful consideration when choosing a side to vote in the 14th General Election, and not to act upon their emotions.

She said that the transformation of the country to be a developed nation in the future can be achieved when any matter, whether good or bad is improved, according to Malaysia Kini.

“If you vote wrongly according to your emotion… on the social media we accepted everything without question, we will not know what will happen in 10 years to come,” she said.

“If we are happy, we want our children to be more happy than us, our grandchildren even more happy, so to ensure our future, we vote the Barisan Nasional,” she said before 1,500 women from the various Felda land schemes, Felda Chini cluster here today. 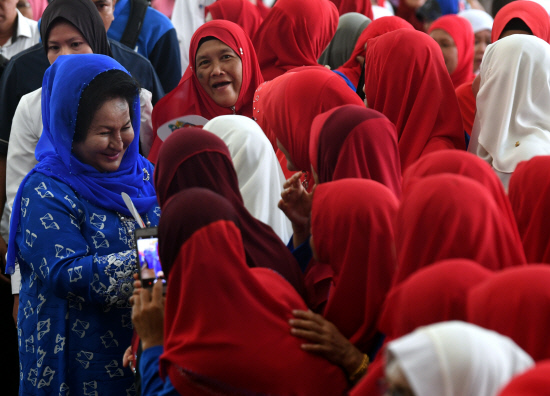 Rosmah also hopes that everyone would not be persuaded by the schemes of the opposition party to constantly criticise her and her husband through the dissemination of fake news, according to The Sun Daily.

“They just want to bring down Najib, sometimes they cannot get him, I also get it,” she said.

She then went on to say that her husband, Najib, is a very patient man who prioritises the future of Malaysians.

“No matter how tired, he (Najib) will be thinking about plans for the people, he is a lot more stressed (than me) but he smiles, he never talks anything bad about others,” she added.

“People say all kinds of things to him but he is like that… always smiling.”

On another occasion on 27 April, she told Wanita Umno’s “Jalinan Rakyat” (JR) machinery to be strong and to not reveal their shortcomings in front of the opposition no matter how hard they are tested, reported Free Malaysia Today.

“Most importantly, we must stay strong and control our emotions, or else people will ridicule us. Datuk Najib’s advice to me is not to show a sad or an unhappy face in front of people. That’s what makes me strong until today,” she said.

“As women, we have to show that we are strong. Don’t cry in front of the enemies because that is exactly what they want. They want to see us cry.” 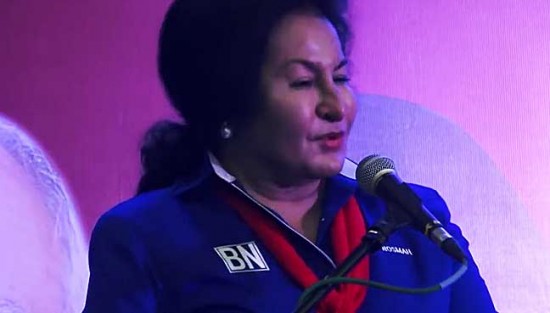 She reported that the Wanita Umno JR machinery plays a crucial role in defending the fake and groundless allegations by the opposition, and not just to bridge the gap between the leaders and the people.

“We all know that various issues had been manipulated by the opposition with the aim to weaken the Barisan Nasional (BN) in view of the GE14. So, the JR machinery must play its role in explaining the issues to the people, so that the people know what is right and what is wrong,” she said.

Rosmah also urged the Pekan Wanita Umno JR machinery to boost their efforts in achieving the target of over 40,000-vote majority for Najib in GE14, compared with the 35,613-vote majority he gathered in the 2013 general election.

Do you think Rosmah’s strategy will succeed in getting people to vote for BN?

Also read: Rosmah: I Do Not Control Najib, Only Take Care of the Household 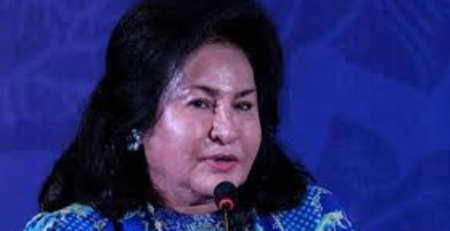