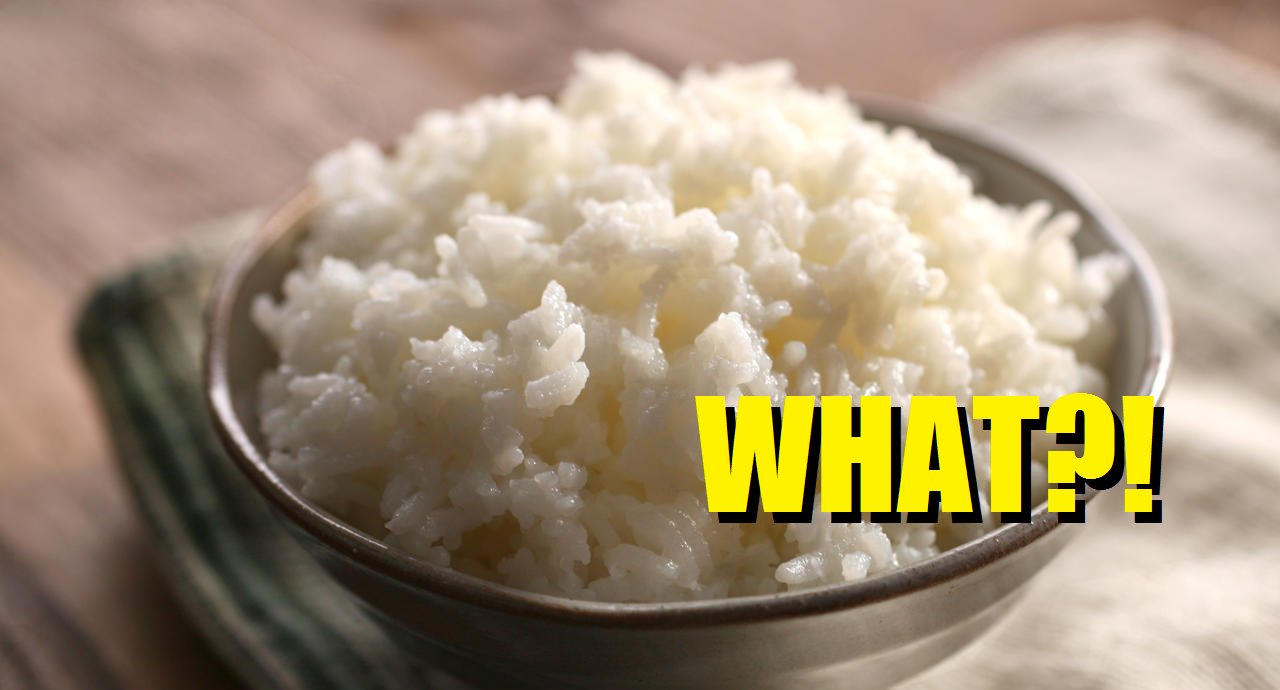 Rice is a staple food for all of us. I mean, come on! It’s an Asian thing and no one should take it away from us.

However, it was revealed that actually, the common rice we love so much is actually worse than sugary drinks!

The health authorities have identified that white rice is more potent than sweet soda drinks in causing Diabetes.

Singapore’s Health Promotion Board chief executive Zee Yoong Kang said, “obesity and sugary drinks are the major causes of Diabetes in the West, but Asians are more predisposed to diabetes than Caucasians. People do not have to be obese to be at risk. Starchy white rice can overload their bodies with blood sugar and heighten their risk of diabetes.”

Definitely not something we want to hear. Whoever’s on a diet plan has more reason to quit rice now!

Mr Zee has conducted the research for a long period of time. He revealed some mindblowing findings after obtaining data and done a meta-analysis of four major studies. It involved more than 350,000 people followed for four to 20 years, by the Harvard School of Public Health.

One of his findings showed that each plate of white rice eaten in a day – on a regular basis – raises the risk of diabetes by 11 per cent in the overall population.

Below is a simple infographic on the finding: Two, it showed that while Asians, like the Chinese, had four servings a day of cooked rice, Americans and Australians ate just five a week.

However, that doesn’t mean the end of our favourite white carbs. Instead, he hoped people would switch to healthier alternatives such as long grain white rice which is better than short grain. Also, people could add about 20% of brown rice to their white rice which will reduce Diabetes risks by an astonishing 16%.

But Mr Zee does not plan to ask Singaporeans to stop eating rice, a popular feature of meals here. What he would like is to see more people turn to healthier varieties.

“There is no need to fully replace what you eat. Just increase the quantity of whole grain and brown rice.”

Dr Stanley Liew, a diabetes expert at Raffles Hospital, advised people to eat less rice. He added that most junk food and sodas are just as bad and should be discouraged.