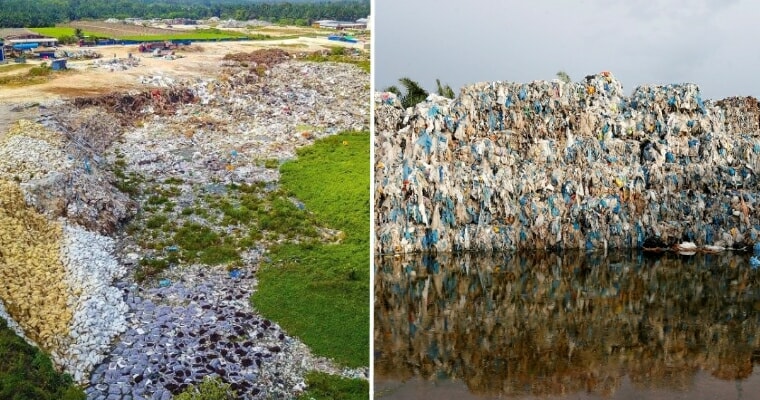 The recent Pasir Gudang crisis has brought illegal dumping to the forefront of public attention, a warning of what happens when pollution goes out of control. However, it seems that Pasir Gudang was merely the tip of the iceberg as government probes reveal how deep the problem lies.

A report by The Star has uncovered an illegal landfill near Machang Bubok, Penang, where a massive plastic dumping operation has been taking place. This is rather shocking, given that Penang was the first state to implement the “No Single-Use Plastic” initiative. 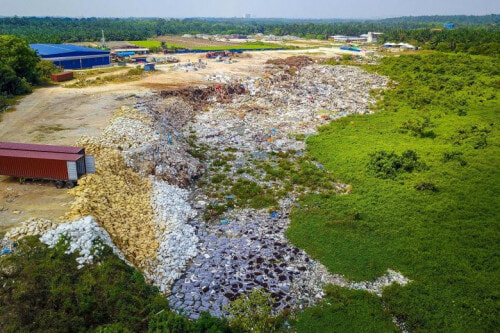 The site, a marshland which used to be an illegal sand quarry, was filled with shredded plastic in an area the size of six football fields.

The waste was stacked nearly two stories tall, with excavators and forklifts shovelling more waste from trucks. Apart from plastic waste, discarded furniture and debris from construction was also found littered in pools of water. The landfill operators are allegedly burning the waste, sending thick black smoke into the air. The site was found about 100m from an oil palm estate where authorities found barrels of waste chemicals just days ago.

The Seberang Perai Municipal Council has confirmed that no permits have been issued for dump sites at either location.

“When proper protective measures are not in place, neighbouring communities will not be the only ones affected. Workers at the dump site will be exposed to dangerous and unjust working conditions too. This puts lives at risk. This can be very hazardous to young children as well as adults,” he said. 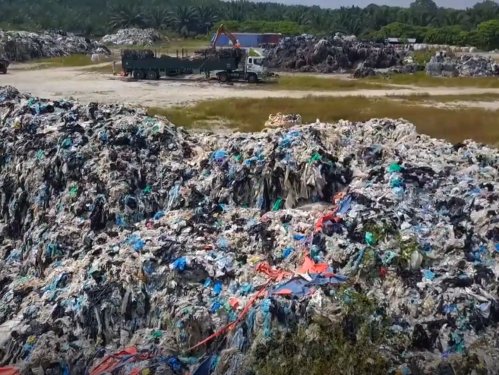 This discovery comes in light of MESTECC (Ministry of Energy, Science, Technology, Environment and Climate Change) shutting down 131 illegal plastic waste factories, most of them in Selangor (78) and 10 in Penang.

Plastic wastes take decades to break down completely, which is why most governments have been cracking down on the use and disposal of plastics. China banned plastic imports just last year (2018) which led to several Chinese companies moving their operations to Malaysia.

According to official numbers, the value of imported plastic waste rose from RM274 million in 2016 to RM490 million the following year. The previous government was aware of this new lucrative opportunity. As a result, Malaysia has become one of the world’s top dump sites for plastic waste, importing millions and millions of tonnes per year. 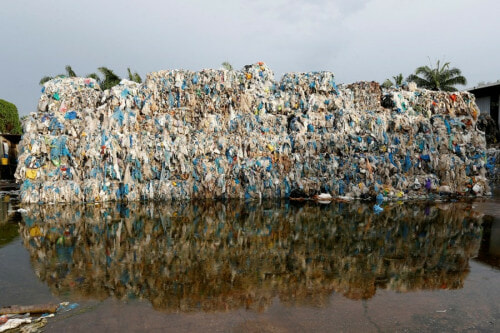 None of this is a light matter, as apart from the air pollution caused by the burning, pollutants from plastic waste and asbestos (known to cause cancer) from construction materials can leak and contaminate the soil and waters. These poisons will linger for years and damage our environment and the health of all for generations to come.

Truly, environmental health and the resulting public safety should be everybody’s concern. Lives shouldn’t be jeopardised just for convenience and money. And as more and more illegal dump sites are exposed, Pasir Gudang’s message rings loud and clear: Never again.

You can watch the full expose here.

We must all be intolerant of irresponsible individuals who do such dumping as well as being aware of our own contributions to the environment so think before you throw!

Also read: Yeo Bee Yin: “I Will Show The People That Pasir Gudang is Now Safe By Not Wearing a Mask” 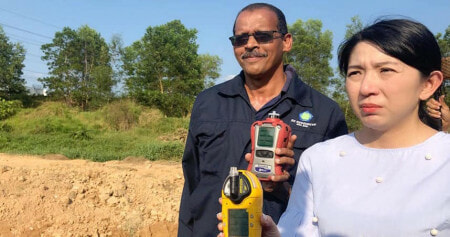