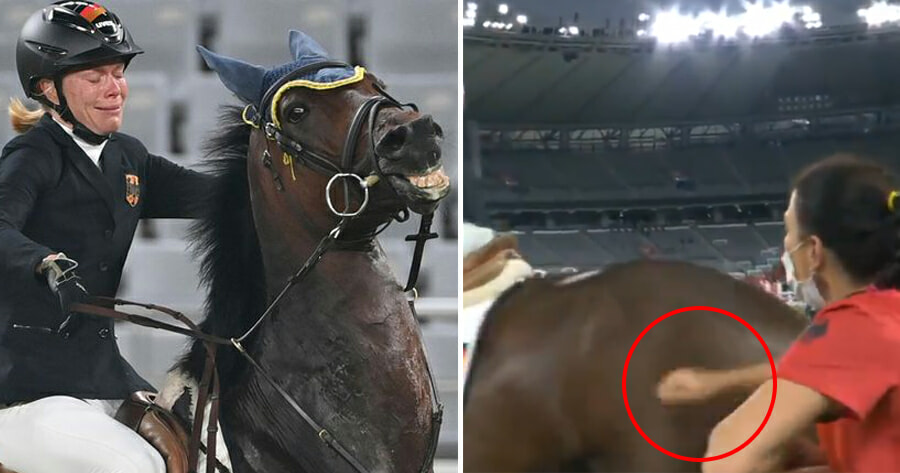 German rider, Annika Schleu and her coach, Kim Raisner have been getting backlash from netizens after they were seen hitting a horse during the modern pentathlon at the 2020 Tokyo Olympics on 6 August.

Raisner was also disqualified by the Modern Pentathlon federation (UIPM) from the men’s individual competition on 7 August as a result of her actions, reported Reuters. 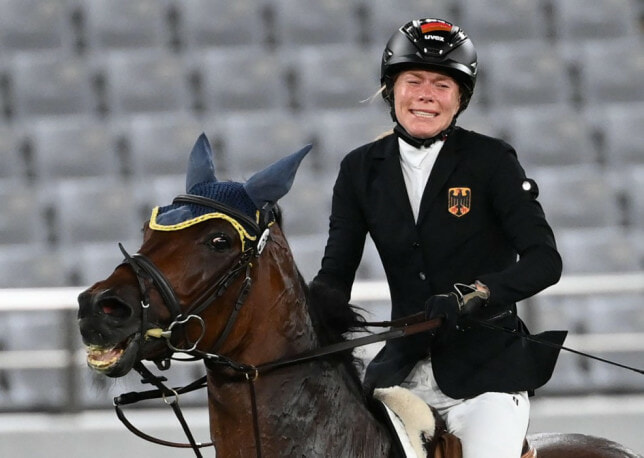 For the show jumping, riders do not use their own horses but have to draw one at random and are given 20 minutes to warm up with the horse before the competition starts. 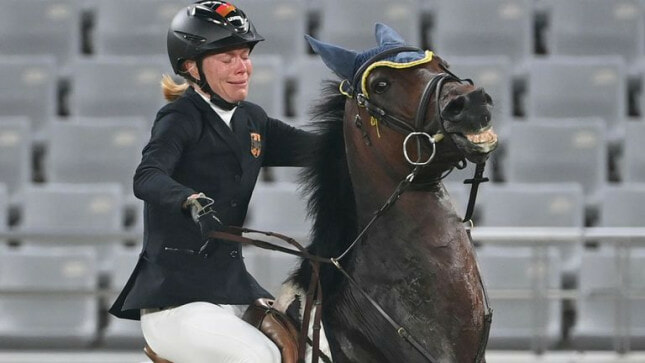 Her horse, Saint Boy, bucked and misbehaved during the warmup and later refused jumps, much to Schleu’s frustration. She then let out a scream as tears poured down her face. Her coach then urged her to hit the horse.

“Really hit it, hit,” she said, much to the dismay of German viewers watching the competition.

Schleu can be seen hitting the horse on its back as Raisner herself punched the horse once above the back leg.

The more Schleu tried to control the horse, the more the horse became agitated.

“We were all in agreement that the coach will not be at the competition on Saturday,” Hoermann said.

“We also consider that an urgent review of the incident is necessary, especially in terms of animal protection, and that the national and international federations draw their conclusions.”

“Rules must change in such a way so that rider and horse are protected. The focus must be on the welfare of the animals and the fair competition for athletes.”

Hungary’s Michelle Gulyas and Ireland’s Natalya Coyle also suffered similar fates with their horses as they saw their own podium hopes crushed, dropping out of the top 10 and out of contention. 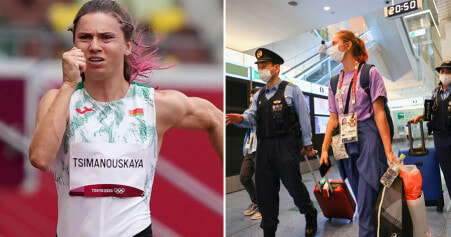