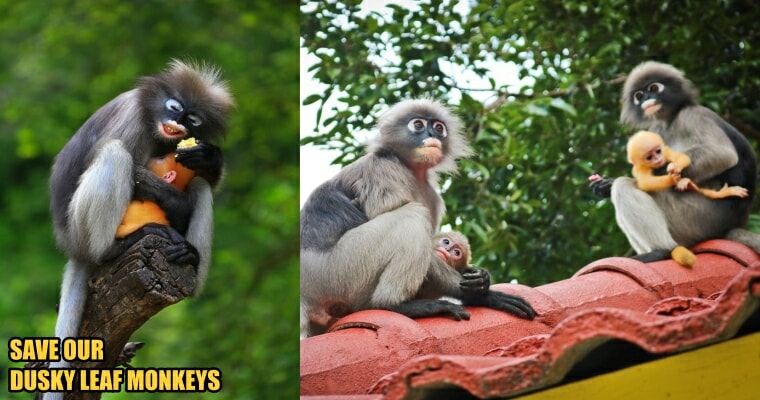 TEDx Petaling Street happened yesterday, and Langur Project Penang raised awareness of the spectacled langur or dusky leaf monkey. If you didn’t know, the dusky leaf monkey is a threatened species that are primarily found in Penang. 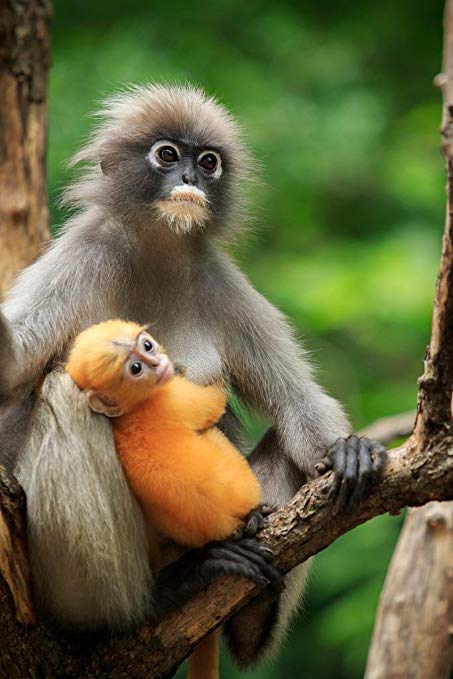 Why have dusky leaf monkeys become a threatened species?

Deforestation and overdevelopment in Penang have caused langurs to lose their habitat, forcing them to move to urban areas, as well as losing food sources. Langur Project Penang explained that these monkeys spend most of their time positioning in trees, so with the trees being cut down, they could only climb onto street lamps, as well as thin electric cables.

In order to travel between fragmented forests, many of them ended up in roadkills when they fell from the poles and cables. Hanging around these dangerous structures placed a risk for langurs to be electrocuted to death as well. 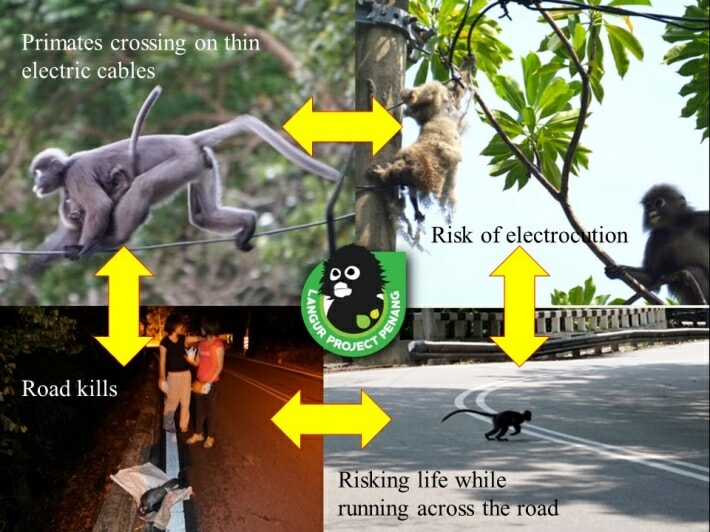 That’s not it. People tend to feed langurs human food, which is a behaviour that Langur Project Penang discourages. Feeding would alter the behaviour of the monkeys, causing them to depend on handed food, as well as suffer from internal damage because they’re not supposed to eat human food in the first place. Disease transmissions would also occur due to overcrowding behaviour and increased aggressiveness. 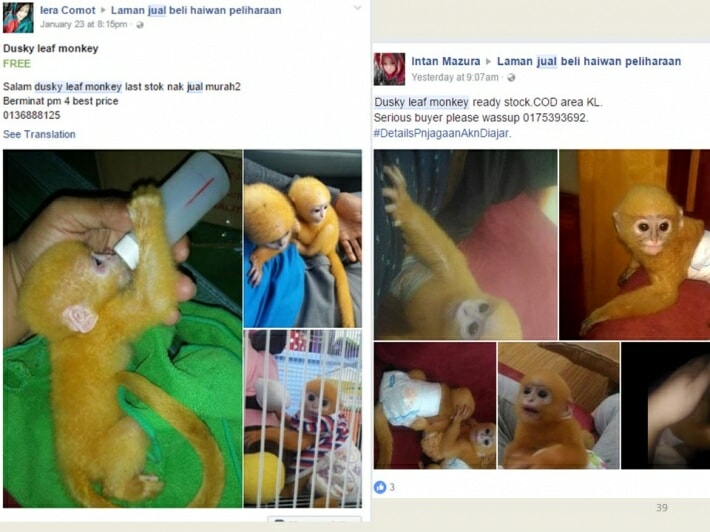 Other than deforestations, langurs are also targeted by poachers. Because of their adorableness (especially the babies), they’re being sold to people as exotic pets. In the process of poaching, the family of the baby monkeys will be killed. Sadly, the baby monkeys would soon die as well, because of improper care and habitat.

Why do we need to care about our langurs tho?

According to the Society for Conservation Biology Malaysia, these monkeys play a crucial role in forest regeneration as essential seed dispersers (aka they’re super important in maintaining the ecological cycle).

Will our government would do anything to support the conservation of dusky leaf monkeys? We definitely hope that deforestations can be stopped because these dusky leaf monkeys do not deserve to be treated this way. 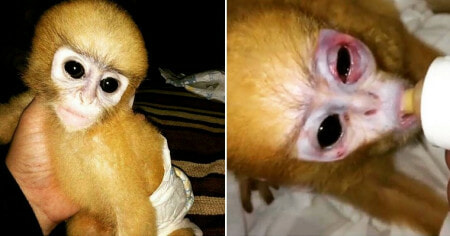